Despite the unyielding pursuit of aspiring artists, most hopefuls don’t “make it” in Hollywood. Fortunately, that’s not the case for these famous moms. The following celebs weren’t even looking for fame when opportunity came knocking. They just happened to be in the right place at the right time.

1. Pamela Anderson – In 1989, at the age of 22, future Baywatch babe, Pamela Anderson attended a BC Lions Canadian Football League game at BC Place in Vancouver with friends. The blonde beauty was caught on the Jumbotron wearing a Labatt’s Beer t-shirt. The crowd cheered for her, and she was brought onto the field and got a standing ovation. The brewing company later hired Anderson as a spokesmodel. Soon after, Anderson posed for Playboy and decided to move to Los Angeles to pursue modeling. 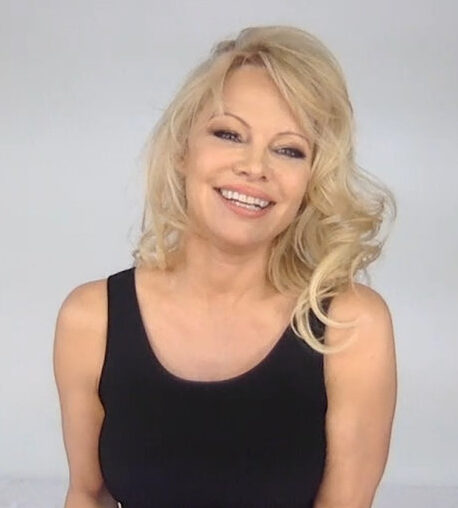 2. Gisele Bündchen – In 1993, 13-year-old Gisele Bündchen was on a school field trip, eating a burger at a Sao Paolo shopping mall when the Brazilian supermodel was spotted by an Elite casting agent. This encounter led to Bündchen becoming runner-up for the Brazilian Finals for the Elite Model Look 1993. She also participated in the Elite Model Look World Final in 1994, finishing in the top 15, and in 1996 debuted at New York Fashion Week.

3. Dania Ramirez – In high school was when Devious Maids actress, Dania Ramirez’s gifts were discovered. In an interview with Tinseltown Mom, Ramirez talked about that fate-filled day. “It wasn’t until I was about fifteen years old… We moved really quickly from Washington Heights to West New York, New Jersey. And it’s predominantly all Latin so I ended up working at a store, checking people’s bags …and I was always dancing in front of the store and a guy came one day and asked me if I wanted to model. It was my introduction to the entertainment world and of course, I was like, ‘yeah I want to model.’”

4. Charlize Theron – At the age of 19, after moving from South Africa to Los Angeles to pursue acting, Charlize Theron went to a bank to cash a check her mother had sent her to help pay her rent. When the teller refused to cash it, Theron engaged in a shouting match with the teller and according to her, “just went nuts.” Talent agent John Crosby was in line behind her, handed her his business card, and introduced her to casting agents. After several more months in LA she made her film debut with a non-speaking role in the horror film Children of the Corn III: Urban Harvest, but soon went on to more lucrative roles.

5. Toni Braxton – R & B sensation Toni Braxton was refueling at an Annapolis, Maryland gas station when an attendant, William E. Pettaway, Jr., recognized Braxton from local performances. Pettaway introduced himself and said he wanted to produce her. Braxton was skeptical but accepted his offer. As the singer puts it, “…sometimes in life, you’re at the right place at the right time. You have to take risks. And it turned out to be legitimate. He was the guy who co-wrote the songs that Milli Vanilli – ‘Girl You Know It’s True’ that was just starting to get some attention in Europe. So there you go. Here I am today.”

7. Rosario Dawson – Rosario Dawson had already made an appearance on Sesame Street, however, her big break came when she was sitting on her front porch in the 90’s when two filmmakers approached her, thinking she’d be perfect for their movie, Kids, which she later starred in.

8. Garcelle Beauvais – Model and actress Garcelle Beauvais was an extra in a commercial, and was given the name of an agent, Irene Marie, while on set. She decided to visit this agent without an appointment. On her way there, she stopped at a red light, and told Tinseltown Mom in 2014, “I was checking my makeup on the outside mirror, and I got some lip gloss on the seat next to me… so I reach to get the lip gloss and all of a sudden there was a hand in the car, which startled me. It was the woman who was behind me at the light. She was the owner of the agency that I was going to see… And, she said ‘you should come see me, I’m a modeling agent.’”

Whether you're a celebrity or not, choosing to be a stay-at-home mom is an important, yet tough, decision to make. These celebrity mothers made the … END_OF_DOCUMENT_TOKEN_TO_BE_REPLACED