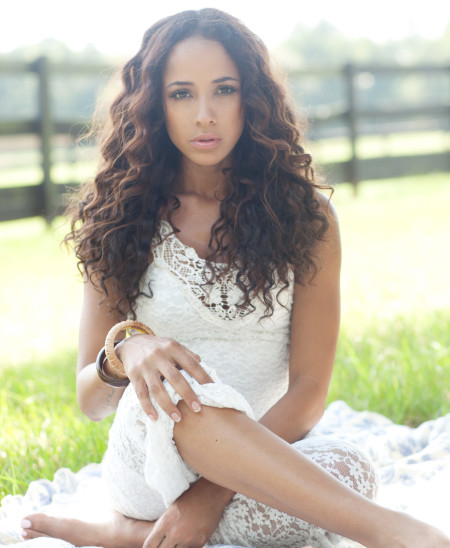 Dania Ramirez may be living the Hollywood dream but life has not always been fanciful for the Devious Maids’ actress. In fact, circumstances were oftentimes bleak for a young Ramirez who grew up in poverty with her grandmother in the Dominican Republic while her parents moved to the United States to build a better future for their family. The actress reunited with her mom and dad in New York’s Washington Heights, a city once known by drug gangs and police corruption, when she was 10-years-old.

Unlike many young girls with aspirations of becoming famous the gifted performer never saw acting as an ambition that she could actually fulfill. “It’s funny because when I look back at my life I’ve always been kind of a performer…” Ramirez tells Tinseltown Mom. “We were very poor, so I didn’t even have a TV until later, when I was like four or five,“ the actress continues. “Even then I just remember writing songs and performing with my cousins and people at Christmas but never really thinking that it was a career that I could actually have.”

In high school was when Ramirez’s gifts were discovered. “It wasn’t until I was about fifteen years old. I used to work at a store… We moved really quickly from Washington Heights to West New York, New Jersey. And it’s predominantly all Latin so I ended up working at a store, checking people’s bags …and I was always dancing in front of the store and a guy came one day and asked me if I wanted to model. It was my introduction to the entertainment world and of course I was like, ‘yeah I want to model.’”

So a blooming career was born, followed by a good work ethic. “I always had sort of a hustler mentality and I’m a very hard worker and one thing led to another and I was going out on casting calls and a casting director, when I was walking out, said ‘hey, have you thought about acting?’ and I was like ‘oh, that would be great,’ so she gave me the name of a teacher. Her name was Flo Salant Greenberg and she taught at the Actors Workshop Studio in New York, and so I went in for an open call… on a Saturday and by the end of the class my teacher was like, ‘you should do this for a living.’ …Everything sort of started to fall into place and I kind of learned how to act by already acting so it’s been a great journey.” 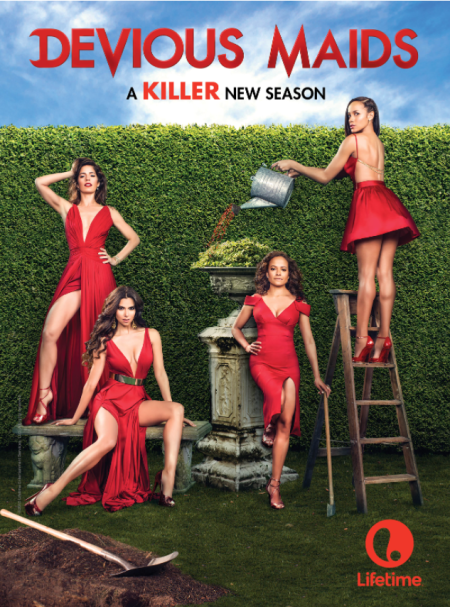 Along the voyage, one of her first acting jobs was as Jay Z’s girlfriend in his music video, Streets Is Watching. She later appeared in high profile TV shows like The Sopranos, Heroes , and Entourage, and big budget films like American Reunion and X-Men. In between gigs she even managed to get her college degree from New Jersey’s Montclair State University. Currently, the actress plays Rosie Falta on Lifetime’s Devious Maids. “…I went from Entourage and then I did a movie called Premium Rush, which was more like an action film with Joseph Gordon-Levitt, so I kind of wanted to do comedy and I had this role in mind that I wanted to play. I got called in by the casting directors for the role of Carmen and then I read Carmen but sort of read her like Rosie and then like an hour later I got a call from my agent saying, ‘Hey, Marc Cherry really loved your reading but he sees you as a different character.’ And I actually liked Rosie better. I just felt like I could relate more to Rosie. It was the story that I really wanted to tell. My parents left when I was super young and I’m an immigrant myself and I just felt really connected to that story, especially because I would get to endure that experience from my mother’s perspective… So there were a lot of really raw feelings that I never sort of dealt with and I really wanted to explore them… So, I went back in and I met him (Marc Cherry) and we talked a little bit about my life and my story… making it my journey and things that I wanted to bring out of the character. And, then they made me an offer. I was actually the first one cast.”

The premiere of Devious Maids aired in June of 2013 and the actress announced her pregnancy just one month later, and although it seemed coincidental that she got pregnant so quickly she and her husband, writer/director, Bev Land, actually planned it. “…I felt like I was very lucky because we film the show six times out of the year and I had been with my husband for like two years and he had a son so I was a stepmom already for a while and we wanted to start a family…. When you’re doing movies and auditioning all the time it’s really hard to settle down on a schedule. I actually chose to do a television show because I wanted to start a family. I know that a lot of people are always like ‘Hollywood is really hard,’ but I think that if that’s what you want then you should just do it. But then again, I’m fearless like that. I came from nothing and I am where I am. I feel like everything is icing on the cake and I don’t have anything to prove to anyone, and I really want to continue to get the things that I want out of life and I know that being a mother was really important to me at this point in my life, and that’s what I wanted to do.”

Because of her television schedule Ramirez gave herself a short window to get pregnant. “I was on hiatus. It’s so interesting with my husband and I; it was funny. We had just gotten married so I was going to finish the show and I said, ‘we have two weeks to get pregnant… And if we don’t get pregnant we’ll try next year,’ because it was a very small window to try to plan it where I would have the babies and then try to get ready to come back to work… I was lucky enough and blessed in many ways that it actually worked out. “My life is a big joke. (Laughs) It was meant to be, and then I ended up having two. I had two babies and called it a day.”

Becoming a parent for the first time was not without its challenges for the mom of twins, Gaia Jissel and John Aether. Ramirez had early pregnancy complications and was put on bed rest for almost two months during her final trimester. “… My pregnancy was very difficult. I just had complications right from the beginning. I just didn’t have room and so the babies were at risk really early in my pregnancy so I was put on light rest and eventually on bed rest… I came to Georgia a little earlier because I wanted to get settled here — we film in Atlanta, Georgia — before we started the season. And so I ended up going for a checkup and never leaving the hospital. It was an intense, emotional journey, and difficult time for both my husband and I because I’m a very active person and I just couldn’t do anything…” What was also challenging was the fact that Ramirez had to be back at work just 2 ½ weeks after giving birth. “…It’s difficult in many ways because you’re also going through this whole emotional attachment to the babies and I wanted to spend a lot of time with them, and I felt like I had no time. And then again, I had two babies and I was breastfeeding and so I wasn’t getting any sleep and having to go to work and be good ‘cause I wanted to be great. It was sort of like, I felt like last year was just a whirlwind of just life. I don’t even remember what happened.”

The reality for most working moms is that it’s tough to be away from the kids, which Ramirez understands, but fortunately she has supportive coworkers who get it. “I think we have a beautiful friendship… It’s an interesting thing when it comes to chemistry. I just think that a lot of it also reads on screen, and because we are all mothers and we’ve been away from our families in a sense, ‘cause we shoot in Atlanta, it’s been difficult to sort of balance family and balance work and be away and promote the show at the same time. We’re sort of like that rock for each other. And, it’s been an incredible journey with these women. I look up to them so much. We have a great friendship. It’s just beautiful…”

For the fans and future fans of Devious Maids there is an inspiring message to coincide with the entertaining and oftentimes mind-boggling story lines. “I think it’s love and friendship and the American Dream… For everybody the American Dream means something different… One of us is very career driven and just trying to make it as a singer, as an entertainer, that’s Carmen; and then we have Zoila that’s really just focused on being a good mother to her kid, and struggling with like this weird relationship she has with her boss and being sort of like this really intense voice of reason between the girls; then Marisol is more like the Americanized Latina that’s been here for a while but trying to find her way, and Rosie, for her the American Dream is love and family… making mistakes because she’s human, but she’s also very morally driven by her respect to God, so I think her relationship with God is very much present throughout the show. It’s been really great to be able to showcase all these different kinds of women in a very 3-dimensional kind of way and making fun of ourselves at the same time, like I’m always lost in translation. I think that’s what’s funny about Rosie. She’s not trying to make a joke; she’s just funny.”