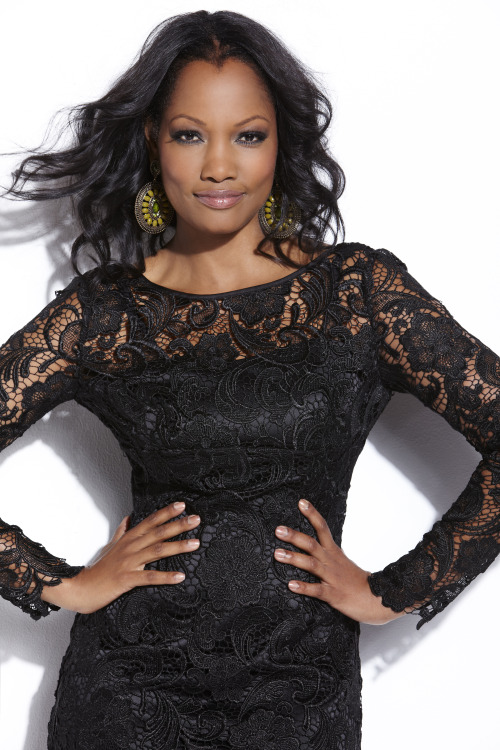 Garcelle Beauvais didn’t grow up in the States like many starry-eyed performers looking for a break in Tinseltown. In fact, she was a long way from Hollywood’s Walk of Fame before anyone discovered the talents this exotic beauty possessed.  Following her parent’s divorce, Beauvais’s mom moved her kids from Haiti to New York to make a fresh start.

“As a little girl you see through a rose-colored glass… Life was simple and child-like.  My dad left when I was three. I only really knew my mom, my grandmother and my siblings… ” Beauvais tells Tinseltown Mom.

Although Beauvais admits that entertainment was always in her blood it wasn’t until the family moved to Miami that a friend suggested to a then 16-year-old Beauvais that she be an extra in a commercial. “…I didn’t know what you really do as an extra, and I went and did it and it was amazing. There was a black girl that was the lead of the commercial and I asked her what agency she was with and she told me she was with Irene Marie so one day I was like, ‘I’m going to go there. I’m going to go to that agency.’ I didn’t have an appointment or anything…I don’t know why I thought I could. As I was driving to Fort Lauderdale, where this agency was I stopped at a red light, and I was checking my makeup on the outside mirror, and I got some lip gloss on the seat next to me… so I reach to get the lip gloss and all of a sudden there was a hand in the car, which startled me. It was the woman who was behind me at the light.  She was the owner of the agency that I was going to see… And, she said ‘you should come see me, I’m a modeling agent.’ You couldn’t have scripted that.”

So, at age seventeen, Beauvais convinced her mother to let her move to New York City to pursue fashion modeling and her career took off. She modeled print ads for Avon, Mary Kay, and Clairol; catalogs for Lerner New York Clothing Line, Neiman Marcus, and Nordstrom and walked the catwalk for Calvin Klein and Isaac Mizrahi.  She has appeared in magazines such as Essence and Ebony; she was on the cover of Jet magazine and she posed for Playboy’s August 2007 issue.  Eventually, Beauvais made the transition into acting and appeared in over 13 films and 35 television shows, but she’s best known for her roles as Francesca “Fancy” Monroe on The WB television sitcom, The Jamie Foxx Show, Valerie Heywood on the ABC crime drama, NYPD Blue and Hanna on TNT’s buddy lawyer series, Franklin and Bash.

Aside from an accomplished modeling and acting career Beauvais is a published author, and celebrity blogger for People magazine, but more importantly she’s a devoted mother. She has one adult son, Oliver, 23, from her first marriage to producer Daniel Saunders, and twin boys, Jax and Jaid, 6, with ex-husband, Mike Nilon. 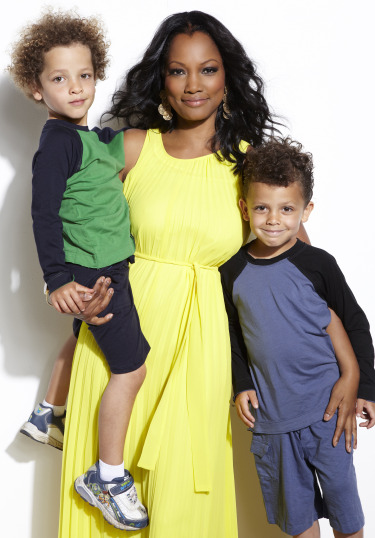 Beauvais has been very vocal about her fertility challenges in trying to conceive her twins, and even after going through 3 miscarriages and a failed IVF treatment she didn’t give up, in fact, she tried for five years before her little blessings were conceived.  “It’s a roller coaster ride of emotions… Every month you’re like ‘Am I (pregnant), no I’m not’…” It’s also a battle she never thought she’d go through since she had already given birth. But through her difficulties the dedicated mom offers advice for other women who may be struggling in this area. “Try not to be all-consumed by it, because it can be all-consuming.  Do what you need to do, but have outlets where you can go and spend time with friends and maybe not talk about it all the time. …it’s giving yourself a break in terms of, whatever’s meant to be will be. And, there’s all kinds of ways to have families now…”

Since there’s a 17-year gap between her oldest child and her twins the star admits that her parenting style has changed over the years. “I try not to give too many choices now.  I think with Oliver it used to be, ‘well, do you want to do this, or do you want to do that?’ now it’s kind of like, ‘this is what we’re doing.  I’m the mom.’  I’m less being a friend and more being a parent this time around.  I like to think I’m more patient but then my kids will probably say no.” (LAUGHS)

The actress is very hands-on with her twins and maintains remarkable structure in her household.  “I think I’m doing more traditional things like more reading, less TV.  We don’t have any Xbox or PlayStations at the house. They get to use the iPad, but if they want to use it for 1/2 an hour they have to read one book; if they want to have it for an hour they have to read two books. The only problem with them is that they’ll wake me up at 6am and say ‘mommy can I read you a book?’ (LAUGHS) It’s more play outside, more sports. Just more keeping them active…” What I’ve learned is that I can say, ‘because I said so…’  Before, you would try to talk them through it, and sometimes I do.  But, sometimes it’s okay to say ‘because I said so. I’m the parent.’  With my kids I’m much more money-conscious in terms of making them understand the value of money as much as I can, even though they’re six.  I think with Oliver and the guilt with going back and forth with him I think I kind of spoiled him so I think with that comes a little bit of entitlement. I think it’s also he never really had to work for anything so with them (the twins), they have to help set the table… they make their beds in the morning. I mean it’s not anything perfect or anything, just implementing little things that they can do at their age, with Oliver I didn’t do that.”

Beauvais is also an accomplished author.  Her innovative “I AM” book series focuses on topics such as cultural differences, divorce, and bullying. “My first book was I Am Mixed, which I felt like there wasn’t enough material out there that sort of celebrated diversity… and also my kids could see characters that sort of looked like them, so that was important that they understood that they didn’t have to choose ‘I’m black’ or ‘I’m white’ because of their parents.  You can be both.  You don’t have to alienate one or the other.  And the second book I Am Living In Two Homes is really for kids dealing with divorce and separation but in a kid-friendly way.  It’s more of like ‘what do you like to do at mom’s house? What do you like to do at dad’s house?’ The message of the book is love is love; family is family no matter where you live.  I will always be a family.  Just trying to make it where you can start a conversation, where they can maybe tell you how they feel about going back and forth…starting the conversation about something that is important to talk about.” 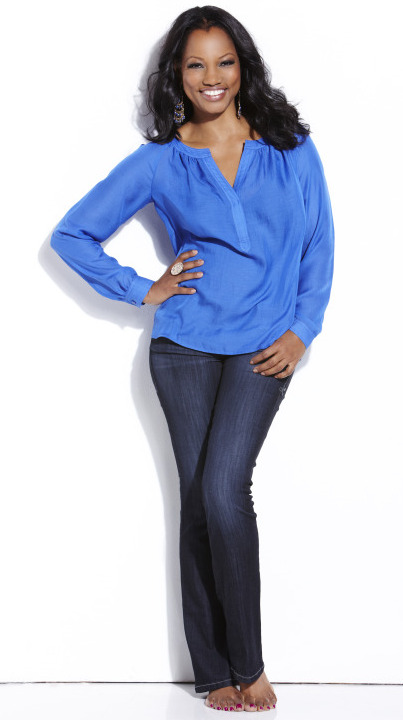 Beauvais went through an acrimonious divorce with Nilon after she discovered he had been unfaithful to her for years, and though co-parenting is always a challenge, especially at the beginning of a spilt she’s in a good place, so we solicited advice that could help other moms who are trying to co-parent cohesively. “…I think it’s important not to bad mouth the other parent.  I feel like no matter what happened between the adults, between me and my ex-husband, it has nothing to do with the kids, and they’re going to love him…  For me, the hardest part of my divorce was ‘how do I hate someone that my kids love so much?’ and that was really a hard thing for me, because then the kids they sort of feel that energy; they sort of feel that angst.  So, I think it’s really important to try to put the kids first.  Take the higher road, and don’t make it about them.  Don’t make it their story.  And for me, because I didn’t grow up with my dad I now understand how important it would have been if he had been in my life.  So, I don’t want my kids to miss that.”

We asked the single mom if she was ready to get back into the dating market but she’s okay with taking her time in finding the right guy. “I think I’m really aware of what I want and what I don’t want in my next relationship, which I think before I didn’t really think about.  I’m figuring it out, but I think I’m in a better place.  I go on dates here and there, not a lot, but I just feel like when I don’t have my kids then that’s ‘me’ time, whether I go out or whatever… When I do have them that’s my time with them because I only have them week-to-week so I make it quality time with them.  I’m figuring out the dating thing.  I’m definitely open now, and it took me a while, and I think it’s okay.  I see people bounce back all the time ‘…she’s already dating so and so?’ And I just couldn’t have done that, especially with the way things ended for me.  I really needed to look at my part of the relationship, in my choosing him.  All those things I really took the time to work on, and I think I’m pretty good now.”

Beauvais is a shining example of what following your passions, while working hard, looks like. She even offers some parting words to other moms who have ambitions but feel too overwhelmed to pursue them. “I think if you follow your dreams not only is it a good example for your kids to see but the kids one day will be out of the house then what do you have?  You’re raising them so you can send them off.  You need to have something yourself.”

Beauvais can next be seen in the film, Back to School Mom, slated for release in 2015, and on the upcoming 7th season of CBS’s police procedural, The Mentalist where she plays a CIA agent.