As more and more media and streaming platforms fill our kids’ minds with good, and not so good, content, it’s a great idea to consider wholesome, family-friendly TV shows from the past.

A funny, heartfelt, television series that we recommend is Family Matters. What makes this show so meaningful are the positive messages in every episode. Take in mind, there’s a fair amount of conflict, but the characters eventually resolve their disagreements in a healthy way. Messages about treating others respectfully, and forgiveness, is a common theme throughout the series. 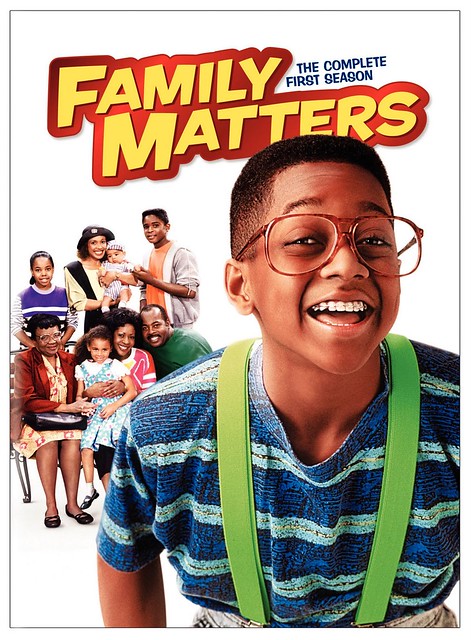 Family Matters is a television sitcom that was on the air from 1989-1997. It was a spinoff of the TV show Perfect Strangers, a series that chronicled the rocky relationship between midwestern American Larry Appleton (Mark Linn-Baker) and his distant cousin, Balki Bartokomous (Bronson Pinchot) from eastern Mediterranean Europe. Jo Marie Payton played Harriette Winslow, the elevator operator at a newspaper where the cousins worked. Reginald Vel Johnson made cameos on the show as Harriette’s husband Carl Winslow, a Chicago police officer. The producers came up with the idea of exploring the relationships of a multi-generational, working-class black family all living under the same roof. They decided to create a show that would focus on Harriette and her family, husband Carl, son Eddie, elder daughter Laura, and younger daughter Judy (who appeared until the character was written out in season four).

Family Matters revolves around the Winslow family, a middle-class African-American family living in Chicago. The Winslows’ nerdy neighbor Steve Urkel (Jaleel White), who was originally scripted to appear as a one-time character quickly became a series favorite. The heartfelt comedy ran for nine seasons and became the second-longest-running non-animated U.S. sitcom with a predominantly African-American cast, behind only The Jeffersons.

As the seasons progress and the kids get older, so does the subject matter. Topics such as underage drinking, sex, racism and gang violence, pop up, but in a non-gratuitous manner. Parents should definitely consider watching certain episodes as a family, but overall, this series is a winner with kids and adults alike.

Because every parent is unique and kids’ sensibilities and maturity vary, we always recommend that parents or guardians do their own research before allowing kids to start a new TV show. What is acceptable for one parent or child may not be for another. Our age recommendation for Family Matters is 10+.

Being a mom is a wonderful, joyous and indescribable feeling.  And, when that connection can be shared with a loved one it makes the … END_OF_DOCUMENT_TOKEN_TO_BE_REPLACED

According to Gallup.com about half of all start-up companies fail within the first five years. It doesn't matter if you're an A-list celebrity or … END_OF_DOCUMENT_TOKEN_TO_BE_REPLACED