Whether you’re a celebrity or not, when it comes to discipline every parent has their own method of what works best for their household. When spanking is involved, many choose to stay mum on the controversial subject.

While feelings or positions change over time, these famous faces have taken a pro-spanking approach at some point in their parenting journey. 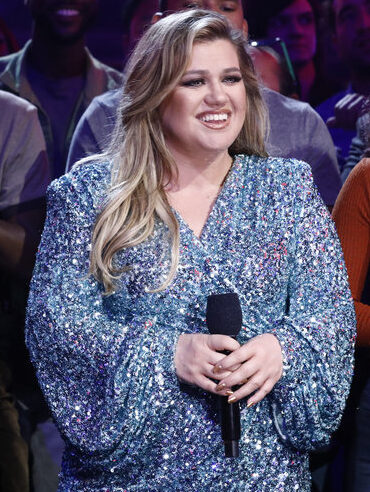 1. Kelly Clarkson – The American Idol alum said she finds nothing wrong with spanking her daughter, River Rose, when it’s needed, but admits that she does warn her daughter before it takes place and that she doesn’t hit her hard. The singer told 98.9 The Buzz, “My parents spanked me, and I did fine in life, and I feel fine about it, but I do that as well…”

2. Solange Knowles – In an interview with The Young Black and Fabulous Solange gave the mag her take on how she disciplines her son, Daniel. “If he gets completely out of line, I do the 3 steps. 1 is the look and talk; 2 is taking away something of value to him; 3, you need your butt popped. You don’t have to do it often, like twice or three times a year. And he remembers it.”

3. Tichina Arnold – The Martin actress posted a lengthy exposé about the subject of spanking entitled, “Why can’t we spank our kids?” In Arnold’s words, “I’ve got to be brutally honest here. I think it’s a shame that law enforcement can get away with beating your children and we as parents; CAN’T!… I do realize some people do things because they were abused and beaten. It is a vicious cycle. Where is that careful balance of love and chastisement?”

4. Pink – The vocal singer spoke out about spanking back in 2010, before she had her daughter, Willow. “I think the whole spanking thing and how it’s gotten all PC (politically correct) is for the birds. She says this style of discipline is what helped her through her rebellious years.

5. Nick Cannon – During an interview with US Weekly, Cannon said that he was prepared to spank his twins, Monroe and Moroccan, if they got out of line. He also told TMZ, about his approach compared to his ex-wife, Mariah Carey, “she doesn’t need to [spank], that’s what daddies are for. Spare the rod, spoil the child.”

6. Kate Gosselin – When In Touch magazine published photos of the mom of eight spanking her daughter, Leah, people, on both sides of the debate, weighed in their very strong opinions. Gosselin released a statement to Life & Style magazine. “Whether the paparazzi are there or not, I am a mother first. I love my children and when they misbehave, I discipline them as I deem appropriate for the situation.”

Available at Amazon:  “The 5 Love Languages of Children: The Secret to Loving Children Effectively,” a parenting resource to help you love, correct and discipline your child more effectively.

Available at Amazon:  “The 5 Love Languages of Teenagers: The Secret to Loving Teens Effectively,” a parenting resource to help you express love to your teen more effectively.

7. Nia Long – In an interview with BET the topic of spanking came up and the Single Moms Club star shared her thoughts. “My younger one, he’s only 2 so I try to talk to him, but the older one, he gets it.”

8. Martin Sheen – In a 2002 interview with TV Guide, the veteran actor and his son, Charlie Sheen, spoke candidly about their father/son relationship and Sheen admitted, “I got hit twice: just a spank on the bottom. So what?”

9. Shaunie O’ Neal – While Basketball Wives star Shaunie O’Neal says that ex-husband, Shaquille O’Neal, doesn’t spank their kids, she does. “I just firmly believe in instilling some sort of fear of mommy getting pissed,” the mom tells Momlogic.

10. Florence Henderson – TV’s favorite mom and Brady Bunch alum, Florence Henderson, once spoke to Pop Candies TV and revealed that she spanked her four kids on the behind. In an interview with Tinseltown Mom the late actress also said, “I admit that I have given my children a few taps on their tush. However, I think there are far better ways to handle a problem.”

Whether you're a celebrity or not, choosing to be a stay-at-home mom is an important, yet tough, decision to make. These celebrity mothers made the … END_OF_DOCUMENT_TOKEN_TO_BE_REPLACED