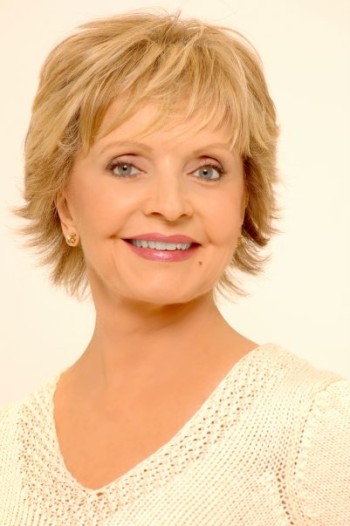 When we speak about Florence Henderson our minds unwittingly take us back to nostalgic childhood memories and cherished moments in time.  She’s best known for her role as Carol Brady on the ABC show, The Brady Bunch, and whether you watched the original episodes from 1969-1974, caught the reruns after school, or tuned in to the many spin-off’s, our lives were impacted in some fashion from the Brady era.

Sadly, Florence Henderson passed away on November 24th, 2016, but we’ll always remember her as TV’s favorite mom. She was also a Broadway and film actress, former Dancing with the Stars contestant, singer, spokeswoman, humanitarian, and motivational speaker.  Most recently, the mom of four hosted her own talk show, The Florence Henderson Show, and cooking program, Who’s Cooking with Florence Henderson, on Retirement Living TV (RLTV).

She was an American TV icon and words cannot fittingly express the great honor we had when interviewing this lovely lady in 2014.

Ms. Henderson, you are such an iconic figure and you will always be remembered for the warmth and laughs that you brought to so many families. How do you feel about making such an impact on so many people? I feel very grateful.

You filmed the Brady Bunch in Los Angeles but lived in New York. What was that experience like for you and your family?  The bulk of the show was filmed in the summer, so we’d all come out to L.A. and rent a house. I only had to commute for a short time.  My kids often came to the Brady Bunch set and became friends with all the people on the show. It was a good time for all of us.

And, how old were your kids at the time? The youngest was two, the oldest eleven. 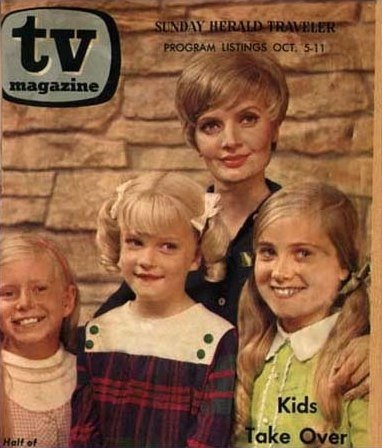 Did you ever suffer from “mommy guilt” while you were working? I think every working mother suffers some guilt but I must say my children have all turned out to be wonderful adults, so I must have done a few things right.

Although Carol Brady was a fictional character that you brought to life, did you ever try to emulate her parenting style with your own kids?  No, I think I brought a lot of my parenting style to the character.

And, having raised four children, what are your thoughts about how parenting methods have changed throughout the years? I don’t know that they have changed that much but I do think a lot of parents find it hard to say “no” to their children. It takes a lot of energy to say “no” but it is so important to say it.

Do you think that spanking is sometimes a necessary form of discipline, or do you think it’s outdated?  I admit that I have given my children a few taps on their tush. However, I think there are far better ways to handle a problem.

You had a very difficult, poverty-stricken childhood, and dealt with abandonment from your parents. What did you do to ensure you didn’t take your mother or father’s path with your own kids? My parents had so much to deal with. They had ten children, no money and so I understand and forgive whatever happened in my childhood. My children and their happiness have always been my greatest concern. 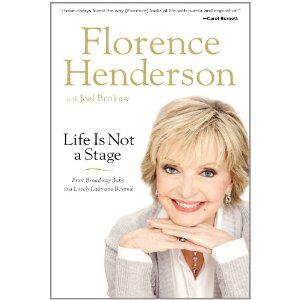 You’ve been so forthright in talking about your troubled upbringing, your marriage, your personal struggles and you even wrote a tell-all autobiography, “Life is Not a Stage.” Do you think it was somewhat therapeutic to release all that was inside of you?  Writing “Life is Not a Stage” was very difficult but I felt if I could share my life, my struggles and my successes perhaps I could inspire others and judging from the mail I get on my web site flohome.com, I have been successful. 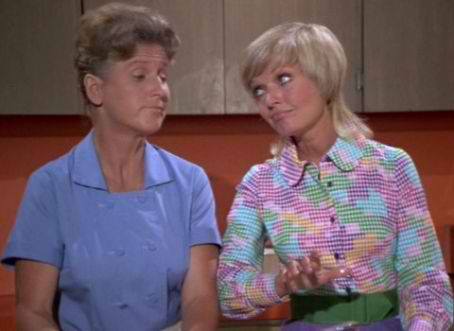 We were saddened to hear about Ann B. Davis’s passing recently. Did you two keep in touch? I am very sad about Ann B’s passing. She was a wonderful friend and colleague and I will miss her singing to me every year on my birthday.

What advice can you offer to mothers trying to find balance with work and family? I always said that I pray a lot, take vitamins and have the organizational skills of a General. Let your children know what you are doing and why it is important to you. Try to spend quality time with them.

You just celebrated your 80th birthday and you look incredible! What do you do to stay healthy and active? I keep working; I exercise and work out with a trainer three times a week. I try to eat in a healthy, thoughtful way but most of all; I try to keep a very positive attitude. It makes me feel better and certainly makes those I come in contact with feel better.

Florence Henderson is one of the most beloved celebrities of our time.  In 1996, she was given a star on Hollywood’s Walk of Fame, a well-deserved honor stamped in concrete along the streets of Tinseltown, and symbolic of the imprint she’s left in our hearts and minds that’ll be passed on to the next generation.