Amy Poehler stopped by The Tonight Show with Seth Meyers to promote her new memoir “Yes Please,” and she shared a tragic story, with a funny twist, about the night before her oldest son, Archibald William “Archie” Emerson Arnett, 6, was born, which happened to be just hours before a Saturday Night Live telecast.

“My OBGYN died, he passed away.  He was a lovely old man, and he passed away…and I just cried, and you know a pregnant woman crying is horrible.  It’s really scary, ” Poehler shared with Meyers.

Thankfully, the comedian delivered a healthy little boy despite the sudden passing of her doctor, but Meyers ended up having to anchor the “Weekend Update” segment on SNL by himself due to Poehler’s hospitalization.  On that live show back in 2008 the co-anchor announced, “Amy Poehler is not here because she is having a baby.” Six years later the two friends are still sharing laughs and talking about that memorable night.  “I felt very much a victim of your childbirth,” Meyers joked. 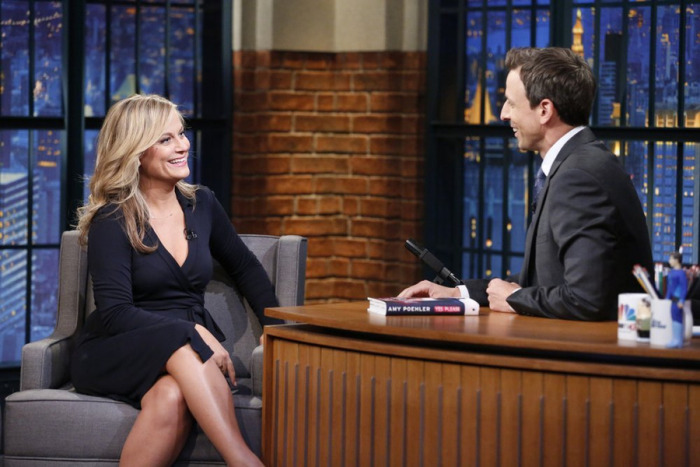 The 43-year-old also has a 4-year-old son, Abel James Arnett .  She had both children with fellow comedian, and estranged husband, Will Arnett.

Studies have shown that pornography can have devastating effects on people's lives, leading to infidelity, lewd behavior, sexual exploitation, … END_OF_DOCUMENT_TOKEN_TO_BE_REPLACED

According to Business Insider, podcasts have been surging in popularity over the last few years. Consumers are continuing to partake in this digital … END_OF_DOCUMENT_TOKEN_TO_BE_REPLACED