According to Suicide.org an estimated 1 person out of 25 who attempt suicide actually die, and celebrities are not immune to these harrowing statistics. After trying to take their own lives, these famous moms avoided death and lived to share their stories. 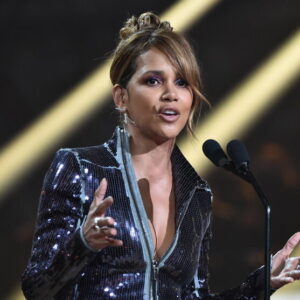 1. Halle Berry – In an interview with Parade magazine, Halle Berry opened up about a suicide attempt after her failed marriage to athlete, David Justice. ” She told the magazine, “I was sitting in my car, and I knew the gas was coming when I had an image of my mother finding me.” The thought of her mother caused Berry to rethink her plans. “She sacrificed so much for her children, and to end my life would be an incredibly selfish thing to do…”

2. Kendra Wilkinson – Kendra on Top star Kendra Wilkinson admitted that when she was a teenager she tried to take her own life. “I attempted suicide a couple times. I went to a mental institution … drugs, overdosing, slitting wrists, all that stuff.” As an adult Wilkinson suffered similar battles. When news of her husband’s infidelity broke in 2014, the reality star revealed that she contemplated suicide again. “I was at a real low…,” she says. “If it wasn’t for breastfeeding Alijah, the bond that I had with her, I feel like I would have probably ended my life…. I felt like I’m not even supposed to be here.”

3. Fantasia Barrino – In 2010, American Idol alum, Fantasia Barrino overdosed on aspirin and a sleeping aid. “I didn’t have any fight in me. I didn’t care about anything. I just wanted out,” the singer revealed to VH1 in a Behind the Music interview. She continued, “I just sat in the closet and looked at the mirror and took all the pills in the bottle. I wanted to go to sleep and just be at peace. I knew exactly what I was doing. You can’t accidentally take a whole bottle of pills.” Barrino said it was the nurse at the hospital who encouraged her through her trial, telling her she had to get out of there because she hadn’t yet fulfilled her destiny.

4. Tatum O’Neal – Actress Tatum O’Neal had a very troubled life, filled with abuse, neglect and abandonment. This led to years of drug addiction. She opened up to NBC News in 2004 and talked about her unsuccessful attempt to kill herself by slashing her wrists. She later tried to overdose on drugs and alcohol. O’Neal shared her revealing story in her autobiography, A Paper Life.

5. Pattie Mallette – Author and film producer Pattie Mallete was only 17 when she attempted to take her own life by throwing herself in front of a truck. That suicide attempt landed Mallette in a hospital to seek treatment where she later embraced Christianity. Her faith aided in her healing process. Mallette, who is also Justin Bieber’s mom, once tweeted, “When I was in the hospital for trying to commit suicide God showed up in a huge way! I write about it…” referring to her book, “Nowhere but Up.”

6. Tina Turner – In 1968, before a show in Los Angeles, Tina Turner swallowed 50 Valiums in an attempt to end her life, a life filled with violent abuse by her then-husband, Ike Turner. She was rushed to the hospital and revived. Turner wrote about her experience in her book, I, Tina. In 1971, a close friend introduced Turner to Buddhism, which the singer credits to helping her rearrange her place in life.

If you or anyone you know has suicidal thoughts or need help call the National Suicide Prevention Lifeline at 1-800-273-TALK (8255). You’ll be connected to a skilled, trained counselor at a crisis center in your area, anytime 24/7.

Studies have shown that pornography can have devastating effects on people's lives, leading to infidelity, lewd behavior, sexual exploitation, … END_OF_DOCUMENT_TOKEN_TO_BE_REPLACED

According to Business Insider, podcasts have been surging in popularity over the last few years. Consumers are continuing to partake in this digital … END_OF_DOCUMENT_TOKEN_TO_BE_REPLACED