The month of September is a time of year where we honor working people. It’s also a period where we pay tribute to those innocent lives lost in one of the most tragic terrorist attacks of our time, a day we’ll never forget, September 11th, 2001. The attacks killed 2,996 people and injured over 6,000 others and among the many stories told these five celebrity moms share theirs.

1. Gwyneth Paltrow – Gwyneth Paltrow was affected by 9/11 through a chance encounter with a stranger, Lara Lindstrom Clarke. The mom of two actually saved a life. “I was on the way home and it was the morning of September 11 — not that I knew at the time what that meant — and a girl was jaywalking across the street and we kind of both stopped at the same time and waited a really long time,” Paltrow revealed to the New York Post. She said she and Clarke did “this stop-start thing” for a time and began to laugh before the woman finally went on her way. Ten years later, the actress received a letter from Clarke telling her that that encounter caused her to be late for work on the 77th floor of the World Trade Center, thus saving her life. 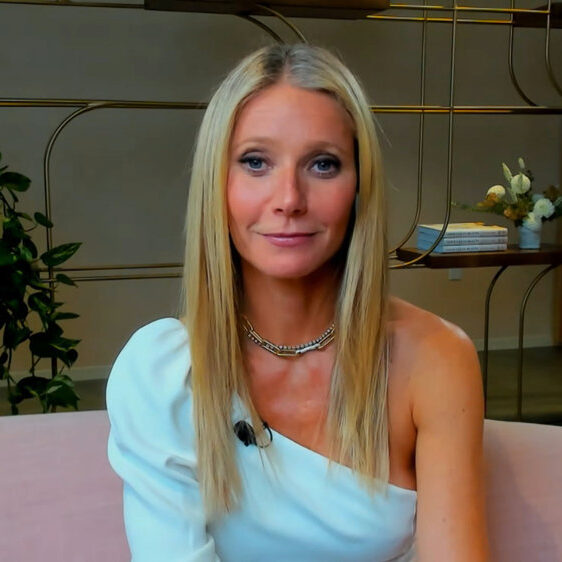 2. Julie Stoffer – Real World New Orleans alum, Julie Stoffer, was booked on American Flight 11 from Boston to LA to visit a boyfriend when reports revealed that she got into a fight with him. At a friend’s insistence, she decided against visiting her beau. She never boarded that flight on September 11th, 2001 and it saved her life.

3. Rachel Uchitel – Reality personality Rachel Uchitel lost her fiancé, James Andrew O’Grady, an investment banker, who was killed in the September 11 attacks of the World Trade Center. A few days later, she appeared on the front page of the New York Post holding a picture of O’Grady, which was republished worldwide. “I was very strong after the night of 9/11,” revealed Uchitel, however, two years after the attacks, she experienced a “massive breakdown.” “I couldn’t get through the day.” She faced her fears during the finale of Celebrity Rehab with Dr. Drew where Uchitel returned to ground zero and spoke to others who lost loved ones on 9/11.

4. Sarah Ferguson – The Duchess of York was “20 minutes from dying” on 9/11 in one of the towers.  Fergie had an office on the 101st floor of the World Trade Center and she was 20 minutes late for work. “I was sitting at the ‘Good Morning America’ studios actually… I was rushing saying, come on, come on, I’ve got to go to the office…” she told Piers Morgan on CNN. “I remember leaving the GMA studios and heading down. And then we stopped. As we left the studios, we saw the airplanes going into the 101st floor.”

5. Donna Summer – If theories prove correct, Donna Summer was tragically affected by 9/11, ultimately resulting in the “Queen of Disco’s” death. The five-time-Grammy winner died of lung cancer, an illness she believed was contracted from inhaling toxic particles released after the terrorist attacks in New York. The singer was living in an apartment close to the Twin Towers and friends claimed she was convinced she developed the cancer that killed her after inhaling the toxic air, which scientists concluded was filled with asbestos and various other cancer-causing ‘carcinogens.’

Studies have shown that pornography can have devastating effects on people's lives, leading to infidelity, lewd behavior, sexual exploitation, … END_OF_DOCUMENT_TOKEN_TO_BE_REPLACED

According to Business Insider, podcasts have been surging in popularity over the last few years. Consumers are continuing to partake in this digital … END_OF_DOCUMENT_TOKEN_TO_BE_REPLACED