Although we have no statistical data to show just how much power celebrities have on influencing the general public politically we do know that many famous people tend to not shy away from speaking their minds when it comes to politics, whether controversial or not. For the most part, these five moms tend to take the opposite approach by keeping their political opinions to themselves.

1. Carrie Underwood – “I prefer to stay away from politics,” is what country star Carrie Underwood told journalists in October when gearing up for the 2016 Country Music Awards. In 2008, the famous mom told Access Hollywood, “I lose all respect for celebrities when they back a candidate.” 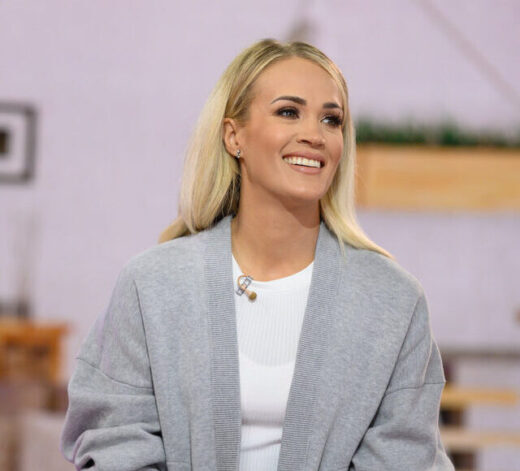 2. Britney Spears – People assumed pop sensation Britney Spears was backing Hillary Clinton for President after the singer posted a Instagram pic with Clinton using the hashtag #ImWithHer. After the hashtag was quickly deleted people were left wondering where the singer’s political alliance stood. Spears’ manager, Larry Rudolph, explained that although Spears relates to Clinton, “…she doesn’t believe entertainers should necessarily try to be political in the sense that she would endorse this person or that person.”

3. Mariah Carey – For the most part, Mariah Carey has never been vocal about her political views throughout her career. When Sky News asked about her Presidential choice, Donald Trump or Hillary Clinton, it seemed she tried to dodge the question but eventually complimented Clinton. It was apparent politics was not a topic Carey felt comfortable talking about. “…I’m just an entertainer. I’m not a political analyst,” she remarked.

4. Danica McKellar – Danica McKellar shared a post on her Instagram about overcoming anxiety right after the 2020 election and told her audience, “It’s been a roller-coaster week, and as you all know, I don’t actually talk specific politics ever. I don’t tell anybody who I voted for. I don’t tell people who to vote for. I always say you vote for who you want to…”

5. Reba McEntire – When country singer, and actress, Reba McEntire was on The View in 2017, she made it clear with the hosts that she does not talk about politics publicly.  “I take it this way: they have paid their hard-earned money to come in there and fill a seat — parking, getting something at the concession stand, go and eat before the concert and I am there to entertain them, to take their worries away from them, so when they walk out, they can kind of have a little lift in their step and just go, ‘Aw, that was such a great break from all the problems I have to deal with during daily life.’ So I’m not going to give them my political views,” the Grammy-winner shared.

Studies have shown that pornography can have devastating effects on people's lives, leading to infidelity, lewd behavior, sexual exploitation, … END_OF_DOCUMENT_TOKEN_TO_BE_REPLACED

According to Business Insider, podcasts have been surging in popularity over the last few years. Consumers are continuing to partake in this digital … END_OF_DOCUMENT_TOKEN_TO_BE_REPLACED