Miscarriage is the term used for a pregnancy that ends on its own, within the first 20 weeks of gestation, and, according to American Pregnancy Association, 10-25% of women experience this heartbreak. And although it’s the most common type of pregnancy loss, the impact felt is devastating, nonetheless.

Below are 33 celebrity moms who’ve suffered through a miscarriage. 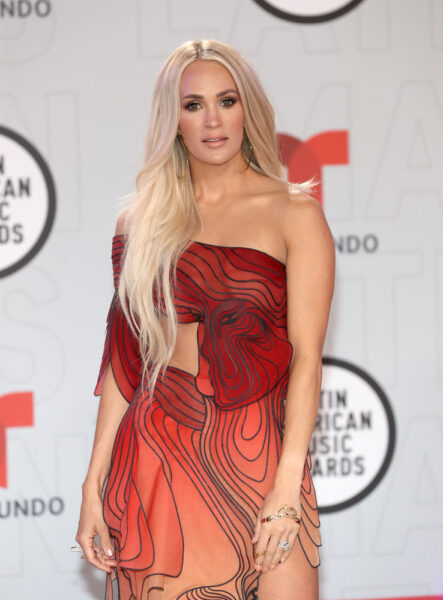 1. Carrie Underwood – In an interview with CBS Sunday Morning, country star Carrie Underwood talked about the pain of having 3 miscarriages. “And throughout the whole process, you know, I’m writing and, like, literally right after finding out that I would lose a baby, I’d have a writing session, I’d be like, ‘Let’s go. You know, I can’t just sit around thinking about this. Like, I wanna work, I wanna do this.’ “‘…Cause I would literally have these horrible things going on in my life, and then have to go smile and, like, do some interviews or, like, do a photo shoot or something, you know? So it was just kind of, like, therapeutic, I guess.”

3. Kirstie Alley – The actress miscarried her only pregnancy in 1990. She has since adopted a son, William, and daughter, Lillie.

4. Pamela Anderson – The former Baywatch star admitted to miscarrying in 2007, while she was married to rocker, Kid Rock.

5. Lisa Ling – The TV journalist and husband, Paul Song, grieved through a miscarriage in 2010, but persevered and was blessed with a baby girl in 2013.

7. Pink – Pink admitted to enduring a tragic miscarriage before giving birth to her daughter, Willow, with her husband, Carey Hart in 2011.

8. Nicole Kidman – Early on in her marriage to ex-husband, Tom Cruise, Nicole lost a child. The two later adopted a son and a daughter.   After the actress married Keith Urban they welcomed daughters Sunday Rose and Faith in 2008 and 2010.

10. Celine Dion – In 2009, the talented singer was supposed to have triplets with her husband, René Angélil, but lost one of the babies early in her pregnancy. The couple now have three children.

11. Mariah Carey – In 2008, the singer and her husband, Nick Cannon, miscarried their first child, but a double portion of love came upon the couple when they welcomed twins, Monroe and Moroccan, in 2011.

12. Susan Lucci – In her memoir, the Emmy-winning actress recounted a heartbreaking miscarriage she and husband, Helmut Huber, endured early on in their marriage. Together, they have two children.

13. Brooke Shields – Shields and husband, Chris Henchy, were hit hard with the news of a miscarriage in 2001, after undergoing IVF. They later went on to have two daughters.

15. Christie Brinkley – The supermodel had 3 miscarriages before finally giving birth to her third child, Sailor, in 1998, with ex-husband Peter Cook.

16. Courtney Love – In 2004, the rocker-actress suffered a miscarriage on the set of her film, 24 Hours. Love already had one child with her late husband, Nirvana frontman, Kurt Cobain.

17. Giuliana Rancic – 2010 proved to be a painful year when Giuliana Rancic, found out she miscarried her child after going through several IVF treatments. The television personality and her husband, Bill, would later have a son via surrogacy.

18. Joan Rivers – The legendary funny woman, who desperately wanted more children, had two miscarriages after the birth of her one and only daughter, Melissa Rivers.

19. Melissa Rivers – Melissa had one miscarriage before giving birth to her son, Edgar, in 2000, with ex-husband, John Endicott.

21. Alyssa Milano – Who’s the Boss actress, Alyssa Milano, revealed in a TIME essay that she suffered a miscarriage in 2009, then 2 years later, she learned that she was pregnant with her first son, Milo.

22. Kathie Lee Gifford – The talk show host was faced with the heartbreak of a miscarriage before giving birth to daughter, Cassidy, with husband, Frank Gifford. They also have a son, Cody, together.

23. Gladys Knight – The rock and soul singer was only 16 when she had a miscarriage with her first husband, musician, Jimmy Newman. After her devastation, the multi-winning Grammy winner went on to have three kids.

24. Barbara Bush – In the 1960’s, the former First Lady had a miscarriage when her son, former President, George W. Bush, was a teenager. Bush recalled how he drove his mom to the hospital after she had just endured that painful loss.

25. Yoko Ono – Ono, and slain Beatles legend, John Lennon, experienced a miscarriage in 1968. The unborn child was named, John Ono Lennon II. They had another son, Sean, born on Lennon’s birthday, October 9th, 1975, and Ono also has a daughter from a previous marriage.

26. Shay Mitchell – In 2018, Mitchell revealed on her YouTube series, Almost Ready, that at 14 weeks of pregnancy she lost her baby. “The first time that I was pregnant last year, Matte and I hadn’t been planning. [But] it happened and we were really excited about it,” the actress said of herself and boyfriend Matte Babel.

27. Bethenny Frankel – Bethenny revealed in a Today Show interview that she experienced a miscarriage in 2012 with former husband, Jason Hoppy. Although the reality star, turned talk-show-host, was never able to give her daughter, Bryn, a sibling she is thankful for the beautiful child she does have.

28. Hilaria Baldwin – In November 2019, Hilaria Baldwin posted on Instagram that she had suffered a second miscarriage shortly after her 20-week scan. “We are very sad to share that today we learned that our baby passed away at 4 months. We also want you to know that even though we are not ok right now, we will be.” She went on to say, “We are so lucky with our 4 healthy babies — and we will never lose sight of this.” Hilaria now has 5 children with husband Alec Baldwin.

29. Whitney Port – The Hills: New Beginnings star revealed on her reality show that she and her husband Tim Rosenman lost their second child. She shared that she had “really strong symptoms” just like in her first pregnancy that disappeared “all of a sudden…” She then went on to say, “The grief is all-consuming. It’s all you can think about…”

30. Beverly Mitchell – 7th Heaven alum, Beverly Mitchell announced on her blog the heartbreak of being pregnant with twins and losing them just a few weeks later. She wrote, “My heart could not make sense of it,” “…I never really considered that I would miscarry being that I had already had two healthy pregnancies. This was my misconception, you see, I didn’t know much about miscarriages and I didn’t know many people who had miscarried, or so I thought.”

31. Beyonce – In a 2019 Elleinterview, Beyonce opened up about her pregnancy losses, “I learned that all pain and loss is in fact a gift. Having miscarriages taught me that I had to mother myself before I could be a mother to someone else.”

32. Garcelle Beauvais – Although model and actress, Garcelle Beauvais already had an older son she faced many challenges before conceiving her twins, 17 years later. She went through 3 miscarriages and a failed IVF treatment and had tried for five years before her sons were born.

33. Lauren Duggar – Counting On star Lauren Duggar shared on her Instagram that she and husband Josiah had a heartbreaking pregnancy loss. She wrote, “Many of yall don’t know this, but a couple of months ago we found out we were expecting, however, soon after we miscarried… Our expectations of setting up a baby room, hearing the heart beat, feeling the baby’s first kick in mommys tummy, holding our little one and getting to… see our precious baby were – Shattered. Gone. Right before our eyes. Even though our sweet child is no longer with us, it is such a comfort to know that one day we will get to see our baby in Heaven!” 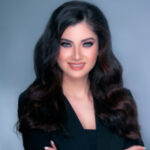 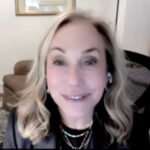 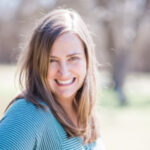 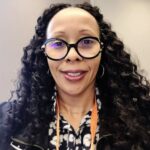 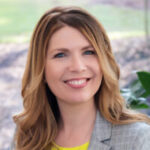 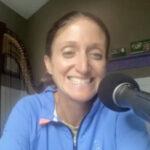