It’s always fun to find out new information about our most beloved celebrity moms, like these famous stars with twin siblings you may not know about.

1. Nikki and Brie Bella – Nikki and Brie Bella formed the duo The Bella Twins from 2008-2018, a professional wrestling tag team who performed on World Wrestling Entertainment. The twins, who are now both moms, retired from wrestling but currently star on the reality show Total Bellas, a series that gives audiences a glimpse into their personal lives. 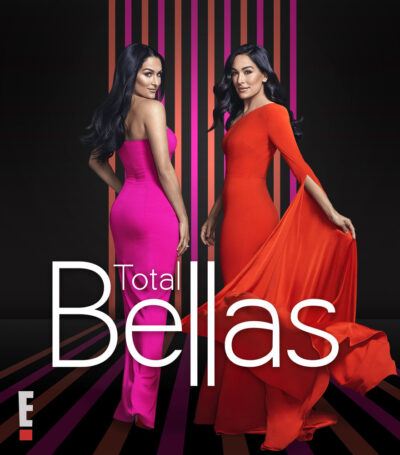 2. Tia and Tamera Mowry – Tia and Tamera Mowry rose to prominence in their teens after starring in the popular TV show, Sister, Sister from 1994-1999. The sisters have since been featured, or starred in, a string of television shows and movies. Both are moms to two children.

4. Jenna and Barbara Bush – Moms Jenna and Barbara Bush are fraternal twins and the daughters of the 43rd U.S. President, George W. Bush, and former First Lady Laura Bush. After their father’s presidency, Jenna became an author, editor-at-large and television personality, while her sister Barbara became an activist and co-founded the non-profit organization Global Health Corps.

5. Linda Hamilton – Linda Hamilton is best known for her role as Sarah Connor in the Terminator series. Her identical twin sister, Leslie Freas, played her sister’s body double in the film Terminator 2: Judgment Day. Leslie unexpectedly passed away in 2020.

8. Judy Reyes – Many may remember Judy Reyes for her roles on the comedy series Scrubs, and Devious Maids. She has also guest starred on Law & Order: Special Victims Unit, where her twin sister, Joselin, played a paramedic.

Whether you're a celebrity or not, choosing to be a stay-at-home mom is an important, yet tough, decision to make. These celebrity mothers made the … END_OF_DOCUMENT_TOKEN_TO_BE_REPLACED