For most men, becoming a father is a life-changing, and exciting experience. But, when you’re a teenager and you discover that you’re going to be a parent, fear is probably the prevailing emotion that takes over. Teen pregnancy may not be on the rise like it once was, but it is still a reality for many, even among celebrities. Below are ten famous fathers who entered parenthood as teenagers. 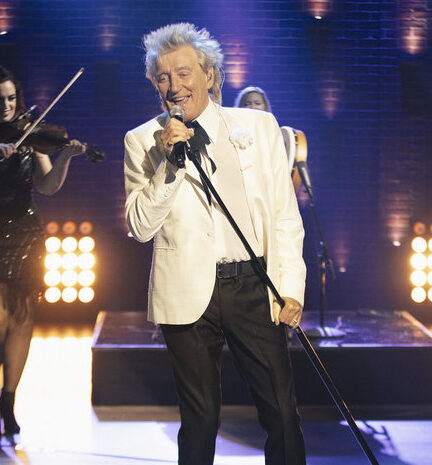 1. Rod Stewart – The Australian rocker was 17 when he found out his girlfriend was pregnant. They made the difficult decision to give their child up for adoption. Today, Stewart has a total of eight children, his youngest born when the singer was 66.

2. Taylor Hanson – The 31-year-old and former Boy Band heartthrob, had his first child at 19, with wife, Natalie, who was 18 at the time. The couple have a total of five children.

3. LeBron James– At the age of 19, the NBA superstar had his first child with high school sweetheart, Savannah Brinson. The couple now have two sons together, LeBron Jr. and Bryce Maximus.

4. Lamar Odom – The NBA basketball player, and estranged husband of reality star, Khloe Kardashian, had his first child, daughter, Destiny, at the age of 18. He had a total of three children with ex-girlfriend, Liza Morales. His youngest son, Jayden, passed away at six and a half months from SIDS, while sleeping in his crib.

5. Levi Johnston – Johnston was 18 when he impregnated, Bristol Palin, the daughter of former vice-presidential hopeful, Sarah Palin. He’s now a dad for the fourth time, with current wife, Sunny Oglesby.

6. William Shakespeare – Perhaps the greatest poet of all time, this legend became a father at age 18. He and wife, Anne Hathaway, had their baby six months after they married. The couple had three children.

7. TI – The rapper’s birth name is Clifford Joseph Harris, Jr. and when the reality star was 19 he fathered his first child, son, Messiah YaMajesty Harris born in 2000, with ex-girlfriend, Lashon Dixon.  TI has had three children from former relationships, and two with current wife, Tameka “Tiny” Cottle.

8. Tom Jones – The Grammy Award-winning singer was 17 when he had his oldest child, with wife, Melinda. He went on to have a love child, with a former model but chose not to have a relationship with that son. He has two children.

9. Tyler Baltierra – The reality star and girlfriend, Catelynn Lowell, rose to notoriety with the hit shows, 16 and Pregnant, and Teen Mom. And, although they chose to give their baby girl up for adoption Baltierra officially became a father at 16-years-old.

10. Lil Wayne – The prolific rapper was 15 when he had his first child, with former wife, Toya Carter. Now, at 31, the hardcore hip-hop artist has four children.

The saying goes something like, “Anyone can become a father, but it takes a real man to become a dad.” And, no matter when that age of fatherhood begins; a good time to start becoming the dad that a child needs is right now.

Studies have shown that pornography can have devastating effects on people's lives, leading to infidelity, lewd behavior, sexual exploitation, … END_OF_DOCUMENT_TOKEN_TO_BE_REPLACED

According to Business Insider, podcasts have been surging in popularity over the last few years. Consumers are continuing to partake in this digital … END_OF_DOCUMENT_TOKEN_TO_BE_REPLACED