Teen pregnancy is on the decline, but, many young women, even celebrities, have had to endure the pressure and public stigma that comes with teenage motherhood. For teenage moms, societal odds paint a negative picture of what will be, but with hard work and determination these mothers have the possibility to unveil a beautiful portrait of what can be—the star of a meaningful life lived with purpose and passion. Find out which of your favorite celebrities were teen moms. 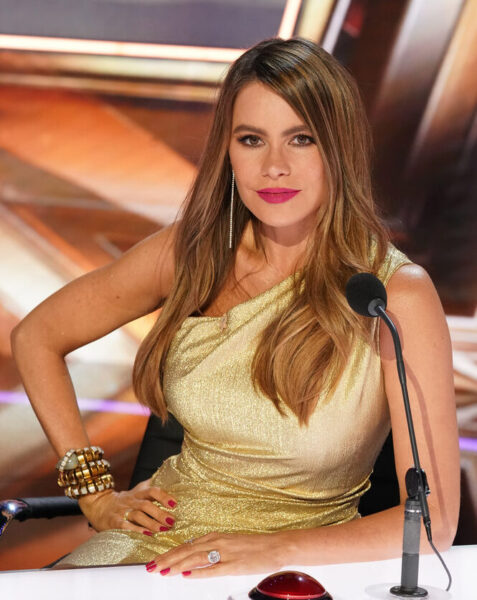 1. Sofía Vergara – Sofía Vergara was a teen bride and a teen mom. The actress married her high-school sweetheart at the age of 18, and they had one son in 1991 when Vergara was nineteen. The couple later divorced. Vergara rose to prominence when she co-hosted two Spanish language television programs for Univision. The Colombian-American actress subsequently made a name for herself when she starred in the hit comedy Modern Family, from 2009-2020. In addition to acting, she’s also a television producer, presenter and model, and was the highest paid actress in American television for seven consecutive years, from 2013 to 2020.

2. Shirley Temple – Another teenage bride, Shirley Temple Black, got married when she was 17 and gave birth to her first child, a daughter, in 1948, when she was 19. She eventually divorced her husband. As a child actress, Temple was Hollywood’s number one box-office draw in the 1930’s. The late actress was also a singer, dancer, author, diplomat and businesswoman.

3. Suzanne Somers – In 1965, Suzanne Somers had her first child with former husband Bruce Somers and became a mom at 19. That marriage ended in 1968. Somers is a well-respected actress, singer, model, author, businesswoman, and health and fitness spokeswoman. She co-starred as Chrissy Snow on the television show Three’s Company and became a household name in the late 70’s and 80’s.

4. Niki Taylor – Supermodel Niki Taylor had twin sons in 1994 when she was 19 after eloping with former Miami Hooter linebacker, Matt Martinez right after high school. Taylor has had a successful modeling career. She landed her first magazine cover at 14 years old, for Seventeen magazine and became the first spokesmodel younger than 18 to sign a major contract with CoverGirl. From there, she’s been on several magazine covers like Vogue, ELLE and Marie Claire.

5. Bristol Palin – Bristol Palin is a reality television personality, author, real estate agent, public speaker and oldest daughter of former Alaskan governor and Republican nominee for Vice President of the United States, Sarah Palin. When she was 18 years old, Palin gave birth to her first child, a son in 2008. 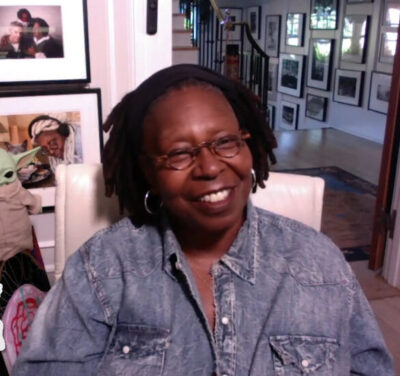 6. Whoopi Goldberg – In 1973, Caryn Elaine Johnson, professionally known as Whoopi Goldberg, gave birth to her only child, a daughter, at the age of eighteen. The entertainer has had a rich career as an actress, comedienne, author and television personality, and has won an Emmy Award, a Grammy Award, an Academy Award, and a Tony Award.

7. Anna Nicole Smith – Late model, Anna Nicole Smith got married at 17, and had her first child in 1985 when she was 18. Smith rose to fame as a model for Guess Jeans and Playboy magazine. She also starred in her own reality show, The Ana Nicole Show from 2002-2004.

8. Solange Knowles – Another teen bride and teen mom, Solange Knowles, married when she was only 17 and gave birth to her son when she was 18. The singer eventually divorced. After performing as a backup dancer for her older sister Beyoncé Knowles’ group Destiny’s Child, and signing with her father for several years, Knowles released her first studio album at the age of sixteen. The performer has also had parts in several movies and is a songwriter, record producer, and performance artist.

9. Naomi Judd – Country singer Naomi Judd and a former boyfriend, had a daughter, Wynonna Judd, born Christina Ciminella, in 1964, when Judd was 18. She had her second daughter, Ashley, four years later, and raised both kids as a single mother. Judd has won multiple Grammys in her career, along with her singing partner and daughter Wynonna. Together, known as The Judds, they became country music’s most famous mother–daughter duo.

10. Keisha Castle-Hughes – Australian–New Zealand actress, Keisha Castle-Hughes, rose to fame when she starred in the film Whale Rider in 2002. She’s been featured in a number of films and television shows since then. The actress caused headlines when at 17, she became a teen mom after birthing her baby girl in 2007.

11. Fantasia Barrino – Life was no fairytale for this soon-to-be singing sensation, Fantasia Barrino. She was raped by a classmate, dropped out of high school in the ninth grade, got pregnant at 16, and had her first child at 17. A couple of years later she found success by winning American idol, and launched a rewarding acting career, in film, TV and on Broadway. But more importantly, Fantasia finally received her high school diploma a feat, this former teenage mom, had longed to accomplish.

12. Roseanne Barr – Funny lady Roseanne Barr was 17 when she had her first child; a daughter she gave up for adoption. But the childhood pregnancy didn’t stop Roseanne. Ten years later, the no-nonsense comedienne was touring the club circuit, and performing on late-night talk shows, inevitably making her mark on history. This led to her own HBO show, and eventually, her highly rated, self-titled sitcom, Roseanne. 18 years after giving up her little girl, they reunited, and the rest, as they say, is Her-Story.

13. Jamie Lynn Spears – Jamie Lynn Spears was headlining a popular TV show on Nickelodeon, and after a three-year run, the actress announced her controversial teen pregnancy at 16-years-old. The star left Hollywood and moved to Mississippi after delivering her baby girl, raising her daughter away from the spotlight. The young mom spoke with Tinseltown Mom in 2014 and shared the hardest thing about being a famous teen mom. “Being a mom in general is hard, no matter your age.  So, I will never let my age be an excuse to be any less of the mother that my daughter deserves. I think the hardest thing was knowing there were young girls who looked up to me and wouldn’t understand this,” Spears confessed.

14. Maya Angelou – This literary icon gave birth to her son at the sweet age of 16. Maya Angelou endured a tragic childhood. After being molested at 8, she became a mute for nearly five years, never uttering a word, fearing her words caused the death of her rapist. Fortunately, her voice came back, stronger, and more powerful, most notably in her writing, which included her Pulitzer Prize nominated autobiography, I Know Why the Caged Birds Sing.

15. Aretha Franklin – The world renowned, Queen of Soul admitted to discovering boys early in life. After getting pregnant in grade school, the late Aretha Franklin delivered her first son at the tender age of 14, and her second son before turning 17. Undaunted, this burgeoning artist continued in hot pursuit of her music career. While most girls were picking out prom dresses this adolescent mom was raising a family, making music, touring the country, changing her reality and making her dreams come true. 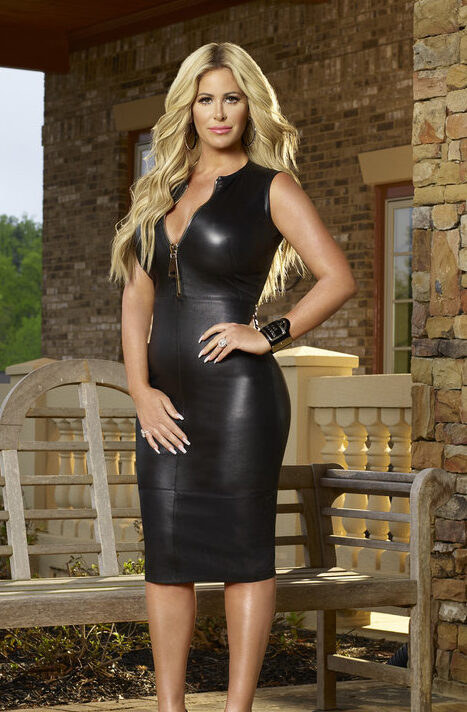 17. Oprah Winfrey – She’s been called the Queen of Talk; the most influential woman in the world; one of the greatest philanthropists in American history, and the world’s most powerful woman. And still, with all of those impressive titles most don’t realize that Oprah Winfrey once held the label of “teenage mom.” She gave birth to a baby boy when she was 14, but sadly, her son passed away shortly thereafter. Ms. Winfrey conquered a horrendous childhood, and although she never reared offspring of her own, she overcame her past, and in doing so, soared to the pinnacle of success.

18. Iyanla Vanzant – Celebrity coach Iyanla Vanzant, born Rhonda Eva Harris, revealed on her show that she had her first child, a son, when she was only sixteen.

19. Catelynn Lowell – 16 and Pregnant star, Catelynn Lowell and her boyfriend at the time, Tyler Baltierra made the joint decision to give up their baby girl for adoption when they were teenagers. Lowell was 16 when she became a mother. When they were 22, they had their second child, another daughter, and this time Lowell and Baltierra decided to keep their baby. The married couple now have four children.

20. Loretta Lynn – Loretta Lynn was a teen mother four times, having her first child at 14; and her second, third and fourth before turning 18 years of age. But having four small children didn’t deter Ms. Lynn; it inspired her. This honky-tonk, singer-songwriter got her first guitar by the age of 21 and taught herself to play. By the age of 24, her husband encouraged her to become a vocalist and by then this young mother was unstoppable; her talents had no choice but to get in line and help shape her destiny.

21. Evelyn Lozada – Reality star Evelyn Lozada talked to BET about young motherhood raising her daughter, to being a 40 year old raising her son, “It was definitely me starting over because I was. I feel like now that I’m older, I’m more in tune with motherhood. With Shaniece, I was 17, fearless and didn’t worry about anything. He’s a crazy toddler. I’m tired. I’m 40 years old. He keeps me really busy.

22. Jourdan Dunn – “I found out I was pregnant at Heathrow Airport, on my way to a family holiday in Jamaica. I was 18.” That’s what Jourdan Dunn shared with Vogue in 2002 when talking about raising her son as a single mom.

23. Natalia Vodionova – In 2001, model Natalia Vodianova was 19 when she gave birth to her son. She revealed to Vanity Fair that her career took off shortly after that.