If you haven’t already heard of the film Woodlawn, you will soon. This upcoming inspirational movie is based upon the true story of Alabama running back, and retired Miami Dolphins football player Tony Nathan.

Synopsis: In 1971, a government-mandate allows gifted high school football player, Tony Nathan, and other African-American students to desegregate Woodlawn High School in Birmingham, Alabama. In the midst of cross burnings and riots, Tandy Gerelds, the Woodlawn Colonels football coach, struggles to ease racial tensions between his players, but when Gerelds allows Hank, an outsider, to speak to his team a miraculous change begins.

Hank, who has been radically affected by the message of hope and love he experienced at a Christian revival meeting, tells the players a “better way” is possible through following Jesus. Nearly the entire team, black and white, give their lives over to Jesus and the spiritual change has a profound effect on the coach, the school and the community. 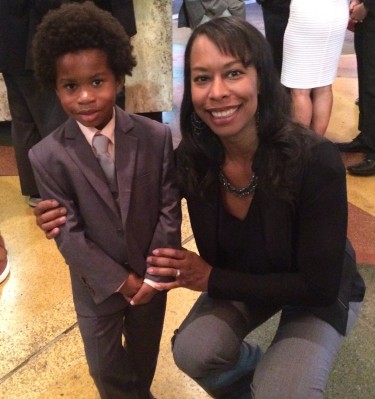 In the movie, true events surround the 1974 Banks vs. Woodlawn High School football game at Birmingham’s Legion Field. It still holds the record for the largest attendance at an Alabama high school football game.

The film also spotlights famed college football coach Paul “Bear” Bryant, played by Jon Voight, who recruits Nathan to play for the University of Alabama. During Bryant’s 25 years as head coach for the “Crimson Tide,” he won six national championships and upon his retirement in 1982, he held the record for most wins as head coach in collegiate football history with 323 wins. Nathan is played by newcomer and former Alabama player Caleb Castille, who’s father, Jeremiah Castille, also played for the University of Alabama, and professionally for the Denver Bronco’s during the 80’s. 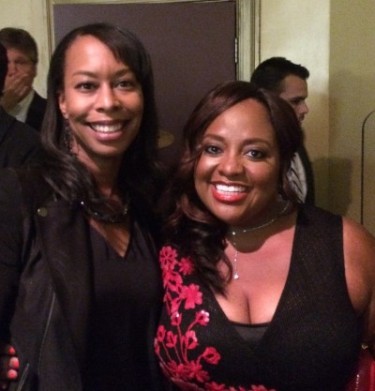 Sherri Shepherd and me at the premiere

Shepherd plays Tony Nathan’s mother, Momma Nathan, in the film and kept the audience filled with laugher with her serious, yet light-hearted character.

The film is executive-produced by power couple Roma Downey and Mark Burnett. Some of the duo’s credits include the Emmy-nominated television mini series, The Bible, and the 2014 film, Son of God.

“The goal of all of our faith-based projects has been to spotlight the power and goodness of God,” Downey said. ” Woodlawn fits that bill perfectly: It’s an exciting and emotional look at how faith changes the fortunes and hearts of a football team, a high school and an entire city. This story is an important reminder of what faith in action looks like.”

Woodlawn is scheduled for a U.S. theatrical release on October 16, 2015.

Studies have shown that pornography can have devastating effects on people's lives, leading to infidelity, lewd behavior, sexual exploitation, … END_OF_DOCUMENT_TOKEN_TO_BE_REPLACED

According to Business Insider, podcasts have been surging in popularity over the last few years. Consumers are continuing to partake in this digital … END_OF_DOCUMENT_TOKEN_TO_BE_REPLACED