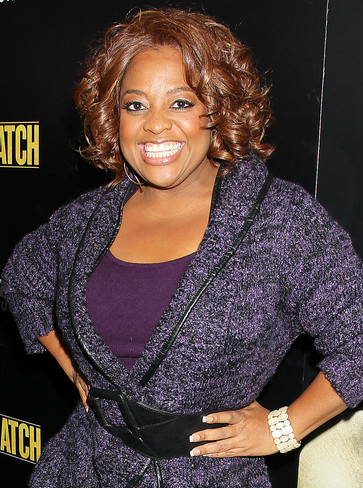 Imagine, for a moment, being one of the most recognized personalities on television. Now imagine, starring in multiple movies alongside some of the biggest names in Hollywood; having a string of TV credits under your belt; hosting one of the all-time greatest daytime talk shows, and winning a Daytime Emmy. Imagine still, suffering through two messy divorces, and a protracted custody battle as you fight to raise your special-needs child, all while details of your private life are highlighted for public consumption. If you can imagine all of that then you can imagine the life of Sherri Shepherd.

“If it were all about stability you wouldn’t need faith.” That’s the tagline in Shepherd’s e-mail and her constant theme, on-camera and off. In her personal life, the actress, comedian and author tries to maintain some semblance of privacy, but that’s easier said than done. Professionally, Shepherd has had a pretty remarkable journey. She just finished filming, Ride Along 2, with funnyman Kevin Hart; starred in a full season of TV Land’s, The Soul Man; and is best known for her lengthy tenure co-hosting ABC’s The View. But, performing is not the only thing this talented stand-up comedian is known for. She’s also a businesswoman, who’s authored two best-selling books, and she has a successful wig line, Sherri Shepherd Now, that’s regularly featured on QVC.

Lately though, Shepherd has been working on a steady stream of faith-based projects that has kept her going non-stop, the first of which is the Cooking Channel’s Holy and Hungry, a program that mixes food with faith, and Shepherd couldn’t contain her enthusiasm. “I was very excited when they brought this show to me and asked if I would be the host. It’s about if you have faith… how you marry your faith to your food,” Shepherd tells Tinseltown Mom. 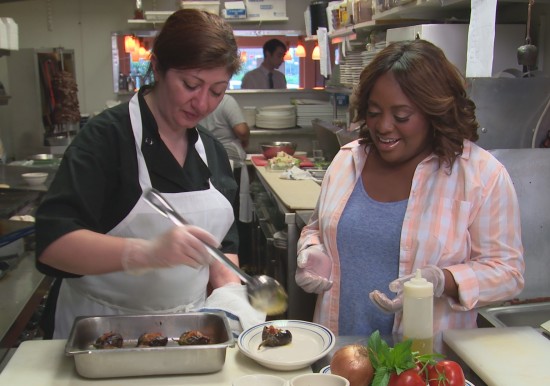 At first it seems an unusual concept for a cooking show, but if you’ve ever watched an episode you’ll be inspired to learn more. “… it was just very interesting to me to see how their faith was infused in their food and how they passed it on to their customers… how they ministered to people with their food, and they would bring people together of different religions and races, and once you start eating you’re willing to receive, so all of these people thought that they were changing the world one dish at a time…”

The show also plays up Shepherd’s hilarious personality as she sets out to understand why people of various religions deem food to be an important aspect of their lives. In various episodes the host seeks out “divine dining” from people of all faiths. Some of the many segments include Shepherd dining at spots such as Hush Bistro, where the funny lady enjoys the preacher/chef’s signature dish, Adam’s Rib; in another encounter she visits Holy Schnitzel, the mecca for fast-food-inspired kosher fare. In later episodes, Shepherd visits the Church of St. Francis Xavier in Manhattan and she and Father Charles Frederico make his Spaghetti e Vongole. And, one of her many fond memories happened in Brooklyn, where she meets the co-founders of Gefilteria, a place where they are remaking the Jewish holiday staple, gefilte fish. “…Usually gefilte fish is not very tasty, but there were these young kids who were very deep into the religious history of the Jewish culture. I learned how to make gefilte fish and really the religious meaning behind it and how deeply rooted God was in their faith … …The people that I interviewed, that was their calling and I think a lot of people feel when God gives you a calling you gotta’ drop everything, go to a Third World country and preach. No, everybody has a specific calling,” Shepherd says. “I believe God loves food; He loves humor and we got to marry that together.”

Call it irony, call it destiny but as life, or God, would have it, Shepherd was involved in another Food Network show, that also happens to be faith-based. “It’s from the producers of Chopped, and it’s called the Great Church Cook-off and you have four teams competing to win money for their church…” One of the many things Shepherd loved about working on this show was that people were competing for something other than themselves, and she’s hopeful it’ll get picked up to series.

Continuing her streak of faith-filled entertainment, Shepherd can next be seen co-starring with actor Jon Voight in the upcoming film, Woodlawn, based on the inspiring true story of Tony Nathan, a gifted high school football player who must learn to boldly embrace his talent and his faith as he battles racial tensions on and off the field. Shepherd plays Tony’s mother, Momma Nathan, in the movie. 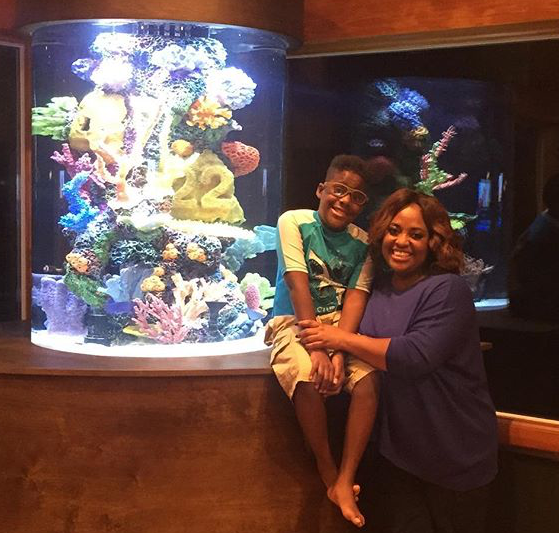 With all her busyness the working mom knows her boundaries and where her priorities lie. “I think you have to know what your assignment is and my number one assignment is being Jeffrey’s mother. Anything that was going to detract from that I had to let that go…” The actress’s 10-year-old son also lives a life of faith and because of him the regular bonding activity that the pair enjoy is not what you’d expect. “We go to church together. I can get in from a Sunday from out of town and he’ll be like, ‘mommy can we go to church?’…I’m not an activities type of person. You’ll never find me going, ‘let’s do arts and crafts, Let’s climb a tree…’ I had this baby when I was older, so my form of activity will be like, ‘Jeffrey, let’s take a nap, that’s so much fun’ (Laughs). That worked when he was like five. Now he’s ten and he’s like, ‘mommy, why you always sleeping?’ I’m trying to pay these bills.” (Laughs)

Most working mothers understand the challenge of trying to find that work-life balance, and while being a career mom is hard work we wondered if after ten years it’s gotten any easier for Shepherd. “No, it hasn’t because Jeffrey’s in another season now…. And just when I thought I had it figured out now he’s in this season where he’s more independent, in this season of questioning. Everything ends in ‘why?’ When we were growing up… you didn’t ask ‘why?’ You just did it. The way kids are growing up now they are much more intelligent and we talk to them more, so he talks to me more. …So, ‘because I said so,’ doesn’t work so well. Now I’m teaching him that you do it and then when he’s done he can say, ‘can I talk to you?’ …he’s not that cute little 5-year-old who didn’t know how to say words. Now he talks. The very thing I was thankful for, when the doctor’s told me when he was born at a pound, ten ounces; they said he would never talk, and this boy can’t stop talking…”

Because of Jeffrey’s premature birth he was born with developmental delays so his socialization skills are a couple of years behind his peers, and Shepherd is naturally protective of him. “…I never want him to feel like he’s being held back, but also I like to tell people because there’s things that in his realm of delays, as a 10-year-old, you expect certain things from him, and there’s things that his brain is just having a hard time doing, that people who don’t have delays do naturally. So I need them to know that, to have a little bit more patience with Jeffrey…”

People can look at this multi-talent and assume she’s living the high life, but even with all of Shepherd’s career accomplishments life continues to evolve with its share of pain, the most recent being her custody battle with her ex over a baby boy born via surrogate last summer. “I’ll be praying and sometimes I feel like, it’s just mustard seed. I got nothing else. Thank God He says that’s all I need, cause that’s all I got,” the candid mom admits. Until she’ ready to share her story, she has to trust that people know her heart. “You have to be able to stand on your character and your integrity.” Although Shepherd has chosen to remain silent during this trial she continues to get up with a smile because, she says, “that’s who I am and that’s what God’s called me to do.”