We have more kid-friendly programming to share. This time two family films are being re-released that allow for a fun trip down memory lane, and introduce kids into the Tolkien world.  Today we’ve highlighting two animated features in the Lord of the Rings trilogy, “The Hobbit,” and “The Return of the King.” This double-feature chronicles the adventures into Middle Earth.  In The Hobbit, Bilbo gains possession of a mysterious gold ring, creatively referred to as “the precious,” and full-on excitement ensues.  In The Return of the King, the battle for Middle Eartth concludes as Frodo seeks to destroy the One Ring.  Read the full synopsis below. 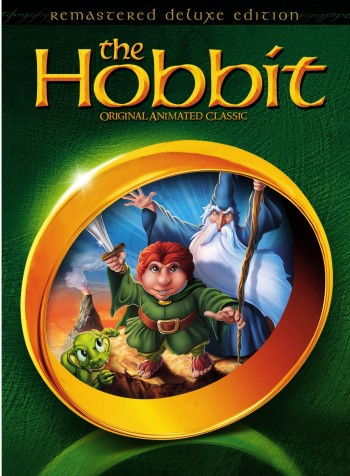 The place is Middle Earth. The time is long ago, when humans shared their days with elves, wizards, goblins, dragons, heroes…and hobbits. Bilbo Baggins is a hero and a hobbit, a roundish, peaceable homebody going on a dangerous quest – even though adventures make hobbits late for dinner!

In this enchanting adaptation of the first installment of J.R.R. Tolkien’s classic The Lord of the Rings trilogy, Bilbo the hobbit is asked to recover a fabulous treasure stolen from friendly dwarfs. All he must do is brave dark forests, towering mountains, hobbit-eating trolls, huge spiders, a fiery dragon and more. Fun and amazement await – so join the quest! 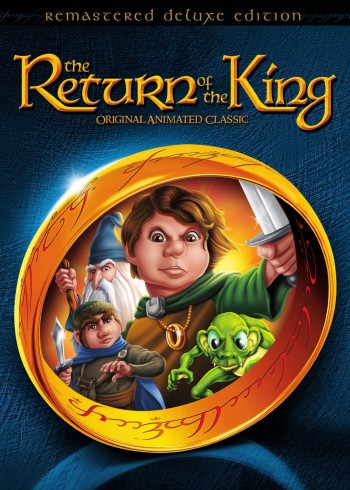 The Return of the King Deluxe Edition Synopsis:

Frodo the hobbit, the remarkable hero of J.R.R. Tolkien’s The Lord of the Rings trilogy, battles more evil forces plaguing Middle Earth in The Return of the King.

The Magic Ring of The Hobbit has now become the Ring of Doom – and to restore peace it must be destroyed in the raging fires in which it was made. Chosen for the task, Frodo and faithful servant Samwise face grave perils – the worst of which is the ring’s terrible power to possess its wearer. Will Frodo give in to the madness of the ring….or will he fulfill his quest?

Overall thoughts, while most kids aren’t ready to delve into the Peter Jackson trilogy, these animated adaptations succeed admirably in allowing younger kids some access into the Tolkien world.

The Remastered Deluxe Edition of The Hobbit and The Return of the King are now available.

*Disclaimer: Although I did not receive monetary compensation for reviewing these products I did receive free DVDs from Warner Bros. Home Entertainment for the sole purpose of this review.*

Whether you're a celebrity or not, choosing to be a stay-at-home mom is an important, yet tough, decision to make. These celebrity mothers made the … END_OF_DOCUMENT_TOKEN_TO_BE_REPLACED