Can you imagine if your favorite celebrity was never born? Well, if the mothers of the five celebrities below went through with an intended abortion, or listened to family members insistence to have one, then these famous moms wouldn’t be here today. 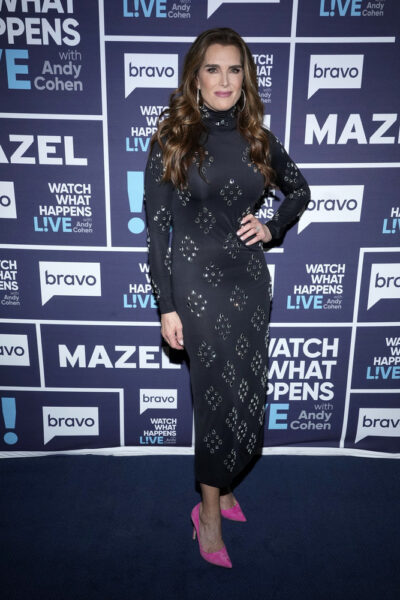 1. Brooke Shields – When Brooke Shields’ mother Teri announced that she was pregnant, her boyfriend’s father offered her money to end the pregnancy. Brooke’s father, Frank, was a wealthy University of Pennsylvania graduate seven years Teri’s junior, and his mother was of Italian nobility. Shields’ mother took the abortion money, bought a fancy coffee table and then birthed a beautiful baby girl. “Basically, it just wouldn’t look good for my dad to father a child with somebody from Newark,” Shields reportedly said.

2. Cher – Grammy and Academy Award-winning singer and actress, Cher, spoke about her mother’s initial decision to abort her in a revealing 2010 interview. “My mother told me once about how she got pregnant with me and didn’t want to be with my dad; she was just so young and inexperienced. My grandmother said, ‘You have a bright future.’ She actually suggested an abortion, so my mom was in the doctor’s office—a back-alley doctor—getting on the table. And then at the last minute, she said, ‘I can’t do this. I don’t care what happens—I can’t do this.'”

3. Alveda King – Fox News Contributor and NAACP activist, Alveda King explained her abortion story in an interview with The 700 Club, “My mother wanted to abort me, and that was basically a family secret…” The niece of slain civil rights leader Martin Luther King, Jr. continued. “My grandfather stopped her and said that he had a dream and saw me perfectly. He was a prophetic dreamer, like Martin.”

4. Lisa Marie Presley – In the biography, Down at the End of Lonely Street: Life and Death of Elvis Presley by William Heinemann it talks about the relationship between Lisa Marie’s parents, Elvis and Priscilla Presley. The book claims that early on in her marriage Priscilla found out that she was expecting a child but was not initially happy about the pregnancy, certain that it would destroy the closeness she found with Elvis. She considered abortion and discussed it with Elvis, but both decided they could not live with themselves if they had gone through with it.

5. Celine Dion – Canadian singer, songwriter Celine Dion has said that she credits her family’s parish priest for convincing her mother not to abort her. When Dion’s mother learned she was pregnant with Celine, the 14th child in the family, she asked the priest if she could have an abortion. The priest upheld the teachings of the Catholic Church and told her that she could not abort her child. “He told her that she had no right to go against nature,” Dion told Catholic World News. “Once she got over her disappointment, my mother didn’t waste any time on self-pity, and loved me as passionately as she’d loved the last little one.”

Studies have shown that pornography can have devastating effects on people's lives, leading to infidelity, lewd behavior, sexual exploitation, … END_OF_DOCUMENT_TOKEN_TO_BE_REPLACED

According to Business Insider, podcasts have been surging in popularity over the last few years. Consumers are continuing to partake in this digital … END_OF_DOCUMENT_TOKEN_TO_BE_REPLACED