There’s probably a secret in every family structure, but some classified information is so sensitive that when revealed can lead to uncomfortable truths, like finding out the parent you believed to have given birth to you was actually a step-parent or adoptive mother or father, or even a grandparent. These five famous dads discovered later in life that the person they called mom or dad did not birth them. 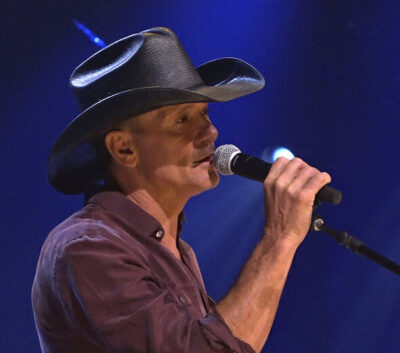 1. Tim McGraw – At age eleven, actor/singer Tim McGraw found out his dad was not his biological father. In an interview with Larry King he revealed how he discovered the truth. “My mother used to keep Christmas presents in her closet. I was going through the closet looking for Christmas presents. I ran across my birth certificate. That’s how I found out.” McGraw was born in Louisiana, the only child of Elizabeth “Betty” Ann (D’Agostino), a waitress, and Frank Edwin “Tug” McGraw Jr., a star pitcher for the New York Mets and the Philadelphia Phillies. The pair had a relationship, and when Betty became pregnant, her parents sent her to Louisiana to live with relatives and to have the baby. She eventually married and McGraw grew up believing his stepfather, Horace Smith, was his birth father.

2. Eric Clapton – Eric Clapton was the son of 16-year-old Patricia Molly Clapton and Edward Walter Fryer, a 24-year-old married Canadian soldier stationed in England during World War II. Before Clapton was born, Fryer returned to his wife in Canada. Patricia’s parents, Rose and Jack Clapp, became Clapton’s surrogate parents and raised him as their own. The musician grew up believing his mother was his sister, and his grandmother, Rose, and her second husband, Jack Clapp, were his biological parents. He discovered the truth at the age of nine.

3. Darryl McDaniels – Darryl McDaniels, DMC of Rap Group Run DMC, didn’t learn that he was adopted until he was 35 years old. After calling his mom and dad, asking them for his birth information, an hour later, his parents called back and said, “We got something else to tell you.” That’s when the rapper found out he was adopted. As a child, McDaniels knew he did not look like the rest of his family, and with the revelation, he finally understood why. In 2006, VH1 premiered the documentary titled DMC: My Adoption Journey. The program ends with the performer reuniting with his birth mother. McDaniels once said, “My story isn’t just about bein’ this hip-hop guy DMC. My story is the story of purpose and destiny ‘cuz if my mother never thought well enough to give me a better chance and gave me up, I would have never been adopted…”

Related: 13 Celebrities Who’ve Given A Child Up for Adoption

4. Jack Nicholson – Oscar-winning actor Jack Nicholson grew up with a “sister,” June, who was 17 years older than him. At 37-years-old he discovered that the woman he had grown up with as his sister was actually his birth mom, and his “mother” and “father” were actually his biological grandparents, John Joseph Nicholson (a department store window dresser in Manasquan, New Jersey) and Ethel May (née Rhoads, a hairdresser, beautician and amateur artist in Manasquan).

5. Gerald Ford – The 38th President of the United States, Gerald Ford, was only two when his mom married Jerry Ford, after divorcing Gerald Ford’s “abusive” father, Leslie King. Ford grew up believing his stepfather was his birth dad, and didn’t find out about King until he was 17, after his parents revealed the truth to him. Later, he maintained contact with King, but said, “My stepfather was a magnificent person and my mother equally wonderful. So I couldn’t have written a better prescription for a superb family upbringing.”

Related: Famous Mothers Who Discovered Their Mom or Dad Wasn’t Their Biological Parent