A 2014 study showed that removing smartphones and gadgets from children for just a few days immediately improves their social skills. Most parents can probably agree that technology is a great way to keep our little ones busy, while we take care of our needs, but it’s oftentimes hard to know the proper rules to put in place when it comes to how much digital media is appropriate. Even celebrities have to weigh the role electronics play in their kids’ lives. Every parent is different, but these famous moms and dads put some guidelines in place that may be helpful to you. 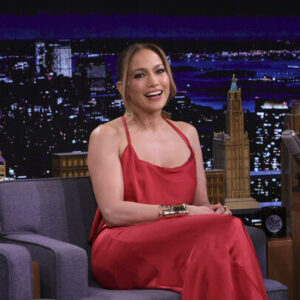 1. Jennifer Lopez – Jennifer Lopez strictly monitors her kids’ time with technology, and even implemented a special day called “Sunday Funday,” the only time she lets her twins, Max and Emme, use their gadgets “…they work towards that because they don’t get to use their iPads during the week, or play video games or anything because it’s school time. And they have to be good in school and then they get Sunday Funday,” Lopez told E! News in 2015.The singer continued. “It’s something I made up so they could work towards it and behave!” Lopez said that on that one day her kids can play with their gadgets as much as they want, and she gets to rest while they’re having their fun.

2. Hugh Jackman – He may keep people glued to his action films on a regular basis, but when it comes to his own household actor Hugh Jackman limits technology time strictly to the weekends. “A buddy of mine has a rule that I installed: No screens during the week. No TV, or computer, or anything like that,” Jackman told PEOPLE in 2011. Jackman went on to say that it seemed like his kids were at school longer than ever, and with after-school activities, there wasn’t much time for it anyway.

3. Garcelle Beauvais – When Garcelle Beauvais spoke with Tinseltown Mom last year we learned that the mom of three maintains remarkable structure in her household when it comes to her grade school twins. “I think I’m doing more traditional things like more reading, less TV. We don’t have any Xbox or PlayStations at the house. They get to use the iPad, but if they want to use it for 1/2 an hour they have to read one book; if they want to have it for an hour they have to read two books. The only problem with them is that they’ll wake me up at 6 am and say ‘mommy can I read you a book?’”

4. Dr. Jen Arnold – The Little Couple’s Dr. Jen Arnold offered advice to TLC.com on trying to be more gadget-free when it comes to pre-schoolers. “…some days can be a challenge,” Arnold revealed. “…limit it to about an hour a day, saving it for times when you need it the most, like when you’re out to dinner and it’s taking a long time for the food to come…or you’re waiting at the doctor’s office…” Her husband took a more logical approach and said to just let the battery run out.

5. Jessica Alba – When The Honest Company founder, and film actress, Jessica Alba, shared her top five parenting tips to the Target Corporation one piece of advice she gave was to take time to power down. Alba says, “We’re used to hearing that the TV shouldn’t be a babysitter, but lets not forget phones and digital tablets. This applies to us as parents as much as it does our kids – they know when you’re really present and paying attention too…” Alba says to pick one night a week where there is no screen time and enjoy each other together by playing board games and cards.

6. Steve Jobs – People probably assume that the late Steve Jobs’ kids had their fill of heavy gadget use, with no technological rules, but that was far from the truth. The author of Steve Jobs, Walter Isaacson, who spent a lot of time at the Apple co-founder’s home said that face-to-face family interaction always came before screen time for Jobs. “Every evening Steve made a point of having dinner at the big long table in their kitchen, discussing books and history and a variety of things. No one ever pulled out an iPad or computer. The kids did not seem addicted at all to devices.”

7. Rhea Wahlberg – Former model and wife to superstar Mark Wahlberg offered some advice on her blog to those moms looking to find electronic balance in the home. “In our household, we limit the game time in the week to Wednesday only for an hour and a half and the weekends to two hours each day.” She went on to say that those guidelines have been helpful for her family.

8. Mayim Bialik – Mayim Bialik has often come under scrutiny for her non-traditional parenting style. The conscientious mom doesn’t let her sons watch any television. She wrote a lengthy piece on her blog about why she doesn’t. “My husband and I prefer to educate our children with books and words that come out of our mouths and our minds. We believe that children under the age of 7 or so don’t need any structured ‘education’…” The Big Bang Theory actress shares more reasons for why she bans TV from her home, so read her post to find out more.

9. Candace Cameron Bure – “…In our house, we seem to be constantly modifying our boundaries concerning these issues, as the kids get older and the technology changes.” That’s what Candace Cameron Bure wrote in her 2014 book Balancing It All when addressing 21st-century parents trying to set parameters with their kids’ technology and social media. “In our family, the kids can get a cell phone — not a smartphone — at 13 and can sign up for social media profiles on sites like Facebook and Instagram…” Bure continued. “…Also, I limit the amount of profiles they have on social networking sites, and Twitter isn’t an option. That’s not because it’s bad, but because I don’t see the point for a child. I monitor their pages and have full access to them. If there’s inappropriate content or language after three warnings, or I discover they’re keeping secrets from me, the account gets deleted. Natasha’s photo rules include no puckered lips or posed bathing suit pictures…

11. David Beckham – When soccer star David Beckham was asked if his boys, who were 9, 11 and 15, at the time, played sports-themed video games, he told PEOPLE, “No more than an hour. I know that sounds pretty harsh, but I want my boys to be outside playing.”