According to Gallup.com about half of all start-up companies fail within the first five years. It doesn’t matter if you’re an A-list celebrity or experienced entrepreneur if you’re planning to begin a new business venture statistics show a less than hopeful future. Defying the odds, these famous mompreneurs proved not only to be at the top of their game in show business, but in the branding business. 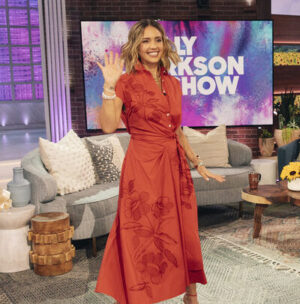 1. Jessica Alba – The Honest Company is a consumer goods business, co-founded by actress Jessica Alba, that emphasizes non-toxic household products to supply the marketplace for ethical consumerism. JessicaAlba once told Inc. Magazine, “I founded The Honest Company on this idea: Everything that touches you and your family–everything in your home–needs to be nontoxic, needs to be effective and beautiful to look at, and needs to be affordable…” The company had $170 million in 2014 sales and was valued at $1.7 billion as of August 2015.

2. Jaclyn Smith – Jaclyn Smith, widely known for her role as Kelly Garrett on Charlie’s Angels, entered the business arena in 1985. Smith introduced her collection of women’s apparel for Kmart and it proved to be a huge success. She pioneered the concept of celebrities developing their own brands rather than merely endorsing others. In 2008, Kmart introduced its Jaclyn Smith Today product line of bedding and bath accessories, bringing her net worth to over 45 million. “I’ve always been one to take on challenges and go into unknown terrain,” Smith once told SUCCESS.

Related: How Jessica Alba Turned Her Dream Into a Multi-Million Dollar Company

3. Iman Mohamed Abdulmajid – In 1994, Somali fashion model Iman started her own cosmetics line, focusing on difficult-to-find shades for women. Fortunately, she had years of experience mixing her own formulations for make-up artists to use on her, so the beautiful model had a personal hand in the final product. She also acted as the commercial face of the company. As of 2010, Iman Cosmetics is a US, $25-million-a-year business.

4. Jessica Simpson – Pop star-turned-business woman Jessica Simpson runs a successful retail brand, The Jessica Simpson Collection, which comprises over 30 product categories, from her popular shoe line to sunglasses and jewelry. In 2014, the company took in about $1 billion a year at retail. “I want to make every woman feel confident in what they’re wearing… I do feel like we’re very fashion-forward, but we also listen to the consumer,” Simpson revealed to Forbes chairman and editor-in-chief Steve Forbes at his annual Power Women’s summit.

5. Kathy Ireland – In 2015, former model Kathy Ireland, was named one of Forbes 50 most successful self-made women. In 1993 she launched a lucrative line of socks with Kmart, and is now a licensing mogul, via her business Kathy Ireland Worldwide, and has lent her name to over 17,000 products from ceiling fans to cellphone accessories. Her estimated revenues have topped $2.5 billion at retail.

Related: Celebrity Moms Who Own Companies That May Be Hiring