Most can probably agree that breast milk provides a baby with many nutritional benefits, plus it gives mother and child great nurturing and bonding time. According to statistics, most American moms stop nursing long before their baby reaches their first birthday, but not these celebrity moms, who practiced extended breastfeeding and nursed past the age of two. 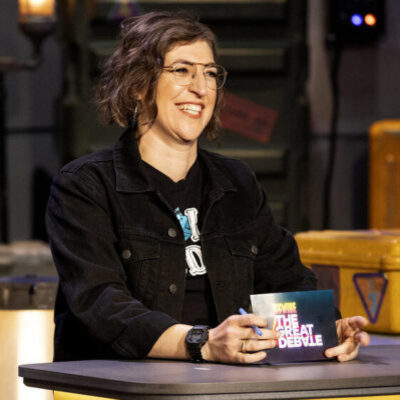 1. Mayim Bialik – Big Bang Theory actress Mayim Bialik nursed her oldest son, Miles, for two years and a few months, and her youngest Fred for four years and three months. Bialik was producing enough milk to nurse her son four to six times a night for three years! The actress shared her weaning experience on her blog.

2. Danica McKellar – Former Wonder Years star Danica McKellar is a big proponent of attachment parenting and nursed her son, Draco, until he was 2 1/2 years old. In an interview with ABC News, she said, “You can breastfeed as long as it works for both you and your child, you know? For me it was 2 1/2 and for you it might be 3 1/2 or 3 months or whatever it is that works.”

3. Eryka Badu – Eryka Badu proudly breastfed her son, Seven, until the age of two. Of her experience the soul singer said, “When I first had the baby, I was breastfeeding for two years straight, so we were together for two years of his life – every day, all hours of the day. So I was two people, and I eventually morphed back into one. Now he’s part of me. He’s very independent as a result of it. I thought it was going to be the opposite. I was very worried that he was going to be attached since we were together every day, but I guess it made him feel comfortable…”

4. Nelly Furtado – Nelly Furtado told Lifestyle Extra that she nursed her daughter, Nevis, for two years. And, for those moms thinking she did it to lose weight the Canadian singer dispels that theory. “Whoever says breastfeeding is a good way to lose weight is a liar. I nursed my daughter for two years and as soon as I stopped I had more energy. You can do more things.”

5. Kelly Rutherford – Gossip Girl actress, Kelly Rutherford, nursed her son Hermés, until well past the age of three. In fact, she was nursing her newborn daughter and 3-year-old son at the same time. “…it is really cute when they are nursing together. He just looks at her, and checks her out, and puts his hand on her little feet. It gives him this close-up intimate look at her, and it’s very beautiful to see them kind of get to know each other,” Rutherford revealed to Best For Babes.

6. Selma Blair – Cruel Intentions actress Selma Blair didn’t hesitate to breastfeed her son in public when he was hungry and was once snapped feeding him when he was two years old.

7. Coco Austin – Model and reality star Coco Austin was open about her decision to breastfeed her daughter past the age of four. The mom, along with husband, former rapper and actor, Ice-T shared a snap of their daughter nursing on her Instagram stating, “…Ive been getting alot of props in the breastfeeding (sic) community and get tons of emails from woman/moms appreciating me bringing light to the subject … I write a baby blog about my journey with Chanel and soon I will write about what it’s like to continue boob time with a 4 year old.”