Laboring and delivering a baby without the intervention of pain medication can be a beautiful, natural, occurrence for mothers, but it also comes with its share of challenges. The joys and pains that come with the toil of labor, and the triumph of a medication-free delivery is rewarding. 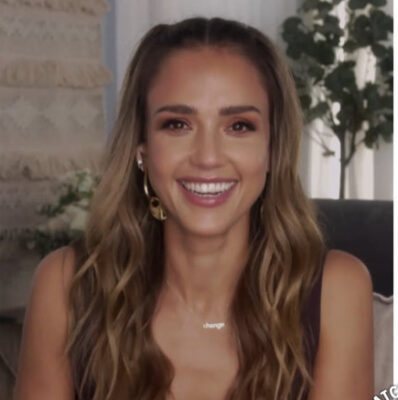 1. Jessica Alba – Jessica Alba said the process of natural childbirth was very intense, and even more so with her second delivery, however, she said she never screamed and that the labor was more like a meditation.

2. Duchess of Cambridge – After 11 hours of labor, and in the company of 4 Midwives and 2 Medics, the Duchess and Prince William welcomed their first child, Prince George, at St. Mary’s Hospital, without an epidural.

5. Maria Bello – With a midwife present, Maria Bello, home-birthed her son after 22 hours of labor, all while a raging thunderstorm was going on outside.

6. Nelly Furtado – A self-described, “hippie mum,” singer Nelly Furtado gave birth to her daughter at home, with the help of midwives.

8. Cindy Crawford – With three midwifes on hand, supermodel, Cindy Crawford, had her son and daughter at home. According to Crawford, “Giving birth to both my children at home in my bed,” is her proudest moment.

9. Miranda Kerr – The model opted for “natural” because she liked the idea of the baby latching on to the breast immediately after childbirth.  As she put it, “I’ve never been through so much pain, but I was totally present the entire time, focusing on my breath and meditating.” 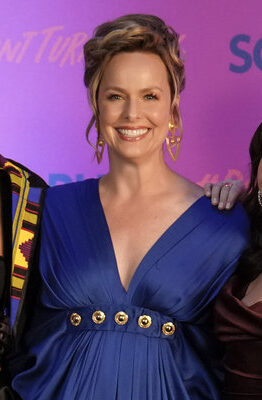 10. Melora Hardin – The Office actress, Melora Hardin, had a home birth, assisted by a midwife. Her oldest daughter was also there to watch her little sister enter the world.

11. Melissa Joan Hart – Actress, Melissa Joan Hart, underwent, “a lot of medical intervention” during the birth of her first son Mason but wanted a drug-free childbirth when it came time to deliver her second son, Braydon. She says the healing was much faster without the drugs.

12. Demi Moore – Demi Moore had all three of her daughters, Rumer, Tallulah and Scout, at home without medication.

13. Thandie Newton – Thandie Newton gave birth to her daughters, Nico and Ripley, in a birthing pool, and delivered her third child, baby-boy Booker at home. “It was very challenging in the best way possible,” she said.

14. Busy Phillips – Busy Phillips delivered her daughter in a hospital, using hypnobirthing techniques to cope with the pain, and says her experience was incredible.

15. Lisa Bonet – Former, Cosby Show, actress Lisa Bonet had both of her daughters, Zoë and Lola, in the natural environment of her home.

18. Alanis Morissette – The singer chose a natural home birth for her son, Ever, and during the 25 hours of labor she was silent, but called the experience physically excruciating.

19. Erykah Badu – Neo-soul singer, Erykah Badu, had all three of her kids at home. Badu trained to be a Midwife. She says her clients refer to her as, “Erykah Ba-Doula.” 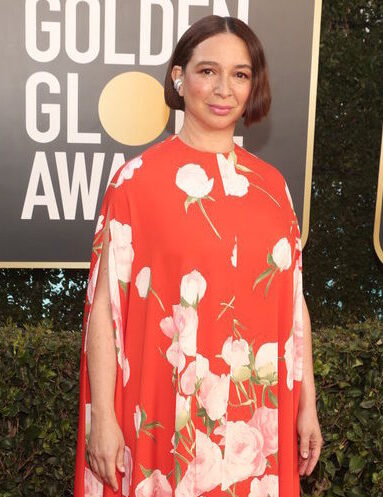 20. Maya Rudolph – Funny mom, Maya Rudolph, had a home birth with her second child and says that her daughter, “kind of gently glided into her father’s arms.”

21. Mayim Bialik – Mayim Bialik had natural births with both of her sons. Her youngest, Fred, was born at home, while her oldest, Miles, watched from his high chair. Big brother later helped cut the umbilical cord.

22. Ricki Lake – Although Ricki Lake used pain medication with the birth of her first child, she didn’t for her second. Of her experience Lake says, “That high is something I will never forget. The feeling that ‘if I can do this, I can do anything’ has stayed with me through the years….” She later released a documentary, The Business of Being Born, about birthing at home with midwives.

24. Lucy Lawless – Lucy Lawless opted for a water birth, believing it would be an easier transition for her baby boy to enter the world in water.

25. Gisele Bündchen – Supermodel Gisele Bündchen admits to having a very tranquil birth at home, with no pain. She chose water births for her daughter, Vivian, and her son, Benjamin, and credits yoga and meditation as the methods that helped alleviate the pain of their births.

26. Ashley Graham – Model mom, Ashley Graham, welcomed her first child, a baby boy, in 2020, via a home birth with no medical intervention.

27. Gigi Hadid – Gigi Hadid was also inspired by Ricki Lake’s documentary The Business of Being Born. “What I really wanted from my experience was to feel like, ‘Okay, this is a natural thing that women are meant to do,’ ” the model shared with Vogue after delivering her daughter at her family’s home.

28. Hilary Duff – Before welcoming her second child, in 2018, Hilary Duff opened up about her decision to have a drug-free home birth following a hospital birth with her first. “…I thought to myself that I want to get the full experience of what it is to bring a baby into the world and how incredible our bodies are,”

29. Eva Amurri – One month after welcoming her son into the world, Eva Amurri opened up about her third baby’s March 2020 home birth arrival on her blog saying she delivered him “…safely and swiftly at home, in the most beautiful affirmation of life, love, and our new modern family dynamic.”