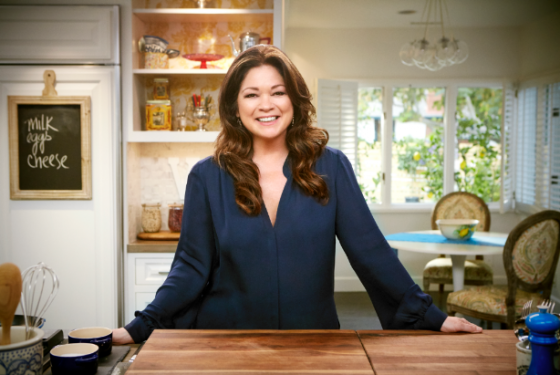 It’s easy to see why Valerie Bertinelli’s Hollywood career has spawned more than four decades. The Golden Globe award-winning actress has starred in some of television’s most revered shows, including the long-running sitcom One Day at a Time; the highly-rated supernatural drama Touched By an Angel and, most recently, the critically acclaimed TV Land series Hot in Cleveland. Lately, the star has been showing another side of her talent and putting her culinary skills to work. She recently returned as co-host for Season 2 of Food Network’s Kids Baking Championship; and her family cooking show, Valerie’s Home Cooking, is also back for another season.

We spoke with the actress about her culinary undertakings and were fascinated to know the concept behind her first venture with Food Network, Valerie’s Home Cooking. “I really just wanted people to feel like they were with me in my kitchen cooking with me, or waiting for me to finish a meal with them. I wanted them to feel… as welcome as possible. The way I, hopefully, make any guest feel in my home,” Bertinelli tells Tinseltown Mom.

On the family-inspired show Bertinelli allows the cameras into her home, and joining her at the table are many of her dear friends, plus her son, Wolfie, and best friend and husband, Tom Vitale. Bertinelli offers tips for preparing mouthwatering, homemade dishes that everyone will enjoy and shares plenty of classic recipes, though with a clever twist, admitting that mistakes along the way come with mastering the right meal. “Trial and error is a big part of my cooking experience. My son makes fun of me all the time, until I perfect it. I probably learn more from the mistakes I make, because I’ve never been to culinary school, than from anything I’ve done right. I do like putting different spins on old recipes I’ve learned through the years from all the women that I love: my mother, my grandmother, my aunt, even my mothers-in-law; they’ve taught me some amazing dishes too.” 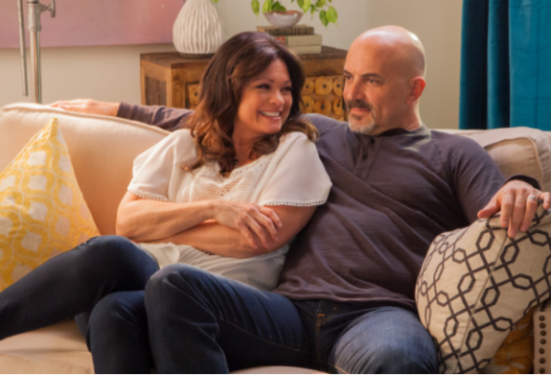 Like many moms Bertinelli cooks enough for leftovers and even freezes food when necessary, and since the foodie knows her way around the kitchen we couldn’t help but solicit tips for those busy mothers looking to streamline the cooking process. “I know Rachael Ray’s 30-Minute Meals always came in handy for me when I was working… And, nothing’s as good as a slow cooker, setting it up the night before or that morning, as long as you give yourself enough time to get it out. Stir-fries are always good… to get all the veggies in, and they’re healthy and it doesn’t take long to cook. It’s just all the chop and prep work… When I go grocery shopping now, when I take everything out of the bag, I don’t put it in the fridge or the pantry right away. And, I go ‘what am I going to cook?’ and if it’s fresh vegetables there then I get my Tupperware out and I’ll chop up all my veggies, make sure they’re all ready to go so that if I do want to snack on something I’ve got the celery and carrots and radishes already cut up and I don’t have to look in the fridge and go ‘Awww, I don’t feel like cleaning them.’ Get it done; get it over with. And it really doesn’t take more than an hour really to separate it all and then it’s in your fridge for the next 5-6 days.”

Bertinelli admits to having a love affair with the Food Network since it’s inception in the early 90’s so it seemed fitting that she would agree to star on another Food Network show, Kids Baking Championship, where talented bakers, ranging in ages 10 to 13, are put to the test through various challenges, designed to find the most impressive and creative young baker in the country. The actress co-hosts alongside Food Network star, Duff Goldman. “…I love Duff and I’ve known him for a while and hanging out with him and getting to work with him and all the kids is a treat.”

Being a co-host on the baking competition has its perks, especially when working with one of the most respected pastry chefs in the industry. “Duff has taught me some stuff that I really love. He taught me how to make pretzels yesterday so I’m very excited to go home and do that. And I really do want to take a culinary course. I might go up to Napa Valley and maybe take some CIA classes for a week, do a boot camp or something. I love being surrounded by it and I want to know more. …I know enough to do what I do and it’s really in my blood, but there’s some things that I just wish I knew better.” 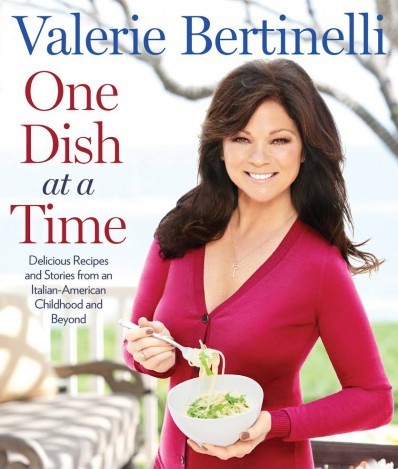 Bertinelli has written several books over the years, but if you’re anxious to create some of her mouth-watering dishes you can pick up her best-selling cookbook One Dish at a Time, where the author shares some of her most beloved recipes. She also just began working on another cookbook, due for release in 2017, and this May you can catch Bertinelli and chef Tyler Florence team up to find The Next Food Network Star.

It’s clear that Bertinelli has got her hands full with all of her cooking ventures, but inquiring minds want to know, since Hot in Cleveland has come to an end will she do another sitcom? “I’d love to. It’s one of my favorite things to do, but it’s going to be really hard to get something as amazing as what I had with Hot in Cleveland. I mean, those ladies are my best gal pals. We still see each other. I just saw Wendy for her birthday last month and Jane was there. I don’t know if I can ever have that experience again so it’s going to be really rough, but I’d love to, because I love working in front of a live audience.”

Be sure to check your local Food Network listings to catch Bertinelli on Valerie’s Home Cooking and Kids Baking Championship.