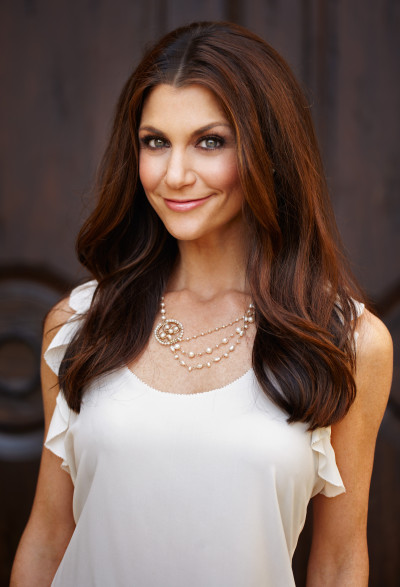 Seasoned entertainment news journalist, Samantha Harris is widely recognized for her hosting and correspondence work on television’s most popular shows: Extra, E! News, The Insider and Entertainment Tonight; she’s also been celebrated for her acting ability and made her Broadway debut in 2009, playing the iconic role of Roxie Hart in the long-running musical Chicago; additionally, Harris has graced the covers of trendy fitness magazines such as Shape, Muscle & Fitness and Self, but the two-time Emmy-nominee is best known for her eight seasons of co-hosting duties on ABC’s hit show Dancing with the Stars.

In recent months, the journalist has been making headlines for her positivity and strength in the face of adversity. In April of 2014, Harris was dealt a heartbreaking blow when she was diagnosed with breast cancer. She underwent a double mastectomy in May of 2014 and thankfully she’s now cancer-free. Through her health trials Harris didn’t wallow, but the dedicated wife, loving mom and cancer survivor turned her personal challenge into a platform where others can share their stories of struggle-turned-success on her new website “Gotta Make Lemonade.”

Harris was in the thick of her battle with cancer, still lying in her recovery bed, when she came up with an inspiring idea that would help many people facing their own life-difficulties. “After I had my diagnosis last year with breast cancer I went through surgery and was bedridden for a few weeks during recovery and sort of was side-lined in many ways with the diagnosis, at the beginning. I just felt awful…” Harris reveals to Tinseltown Mom. “…and I knew that it was going to be a long journey ahead and I wanted to not feel that way. And, so I made a conscious decision to turn my perspective around and have a more positive attitude about everything that came next, through my diagnosis, the surgeries and so on, and in doing that I realized the importance of positivity in turning a challenge in life into something better,” Harris continues.

And then her website was born. “Through going public with my story I received a wonderful outpouring of support through social media. And, the survivors who shared their journey with me, and their ability to get to the other side of being cancer-free and becoming a survivor, or even those who are still living with cancer but are surviving, was inspiring to me and I wanted to give back in some way… One day my husband said to me, ‘Babe, you know when life gives you lemons you gotta’ make lemonade,’ and we paused for a second and he looked at me in sort of a funny way and said, ‘I think we should do something with that.’ So, six months later and federal trademark registrations and domain purchases, and so on… we built the site and thankfully have some wonderful, wonderful stories of many people in all sorts of life challenges undertaking them and coming out the other side, and turning it into something better.” 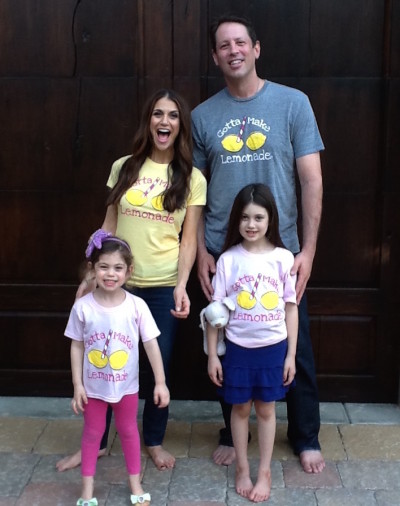 The television hostess is very active and hands-on when it comes to her website. She even takes the time to read each story personally, and if there’s a strong lemonade through-line she will most likely publish it. “… the thing that makes ‘Gotta Make Lemonade’ different from anything that’s out there goes beyond just its innate sharing of positivity, with an Internet that is breeding negativity on a daily basis… But… what really makes “Lemonade” stand out is that it has that lemonade factor, so not only did you get knocked down, but you took it all with a positive attitude and then turned it into something better. Without the lemonade element being very strong in the story that someone is sharing it defeats the purpose of the site…”

Even though Harris was able to turn her own lemons into lemonade she does admit that initially it wasn’t easy to go public with her story. “It was a long thought process on whether or not we wanted to be open about it. I mean it’s not an easy decision… but when I thought about the idea that there might be one person, one woman, walking around with a lump in her breast…told by doctors that it was nothing, and took that as an ‘ok, everything’s fine,’ but then her gut knew it was different, I wanted to encourage somehow, even in some small way, for those women to go and have a second or third opinion… I do know of at least a few women who did that and it turned out it was (cancer). So, I’m grateful that I did speak out in the early times.”

The devoted health advocate was also happy to give advice to women who may have received bad news, especially with regard to their well-being. “I think that it’s really important to have a support system in place and sometimes when you get really personal medical news it’s hard to share it; it makes it more real and it makes you have to deal with it head on, but I think that for me it was very helpful, and there’s no need to go it alone. My biggest bit of advice, my two cents, would be to share at least with the few people around you that you feel most comfortable with, but also to know that if you want to stay relatively private about it, yet still have support, especially for cancer specifically, Imerman Angels is a wonderful foundation; it was started by one of my very good friends from college, his younger brother, who was a testicular cancer survivor, and it’s international now. Imerman Angels pairs you up with someone who has already gone through everything you’ve gone through with the exact same diagnosis and the exact city you’re in.”

Harris has been very vocal about her condition, and even though she has a family history of cancer she was completely surprised when she received the negative doctor’s report. “My dad had colon cancer… my grandmother, his mother, is a 30-plus-year breast cancer survivor, so it was definitely something that’s always been in my mind, which is what drove me to go get my first mammogram, just before I turned 40. That mammogram came up clear, actually every test I had did not detect cancer so it’s definitely something that was in my mind, but not present in my mind, just sort of in there deep under a few layers. I was not walking around fearing it. To be honest when I felt the lump I never thought for a second that I had cancer… Even when I finally went to go for my third opinion and when they ended up detecting some irregularities I still didn’t think it. It was an absolute shock when they actually told me it was.”

In addition to staying busy with her website, Harris is a mother of two daughters, Josselyn 7 and Hillary 4, and she and her husband, Michael Hess, make certain to teach their girls about facing adversity. “We’ve got this ‘Gotta Make Lemonade’ children’s book that we’re trying to develop. Our girls have been instrumental, especially my 7-year-old, in helping me to write the story and come up with story ideas; we talk a lot about making lemonade and dealing with things that are challenging in life, but how you try to take it on and make it a positive, and so that is definitely an open dialogue that we have in our house.”

The fit mom also makes it a priority to get in regular exercise. “If I could I’d be doing something physical at least five days a week. It varies. Actually, if I could I’d probably be doing it at least six days a week. Schedules make it hard. But that might mean anything from taking a high-intensity class at the gym to doing a stroller-walk with the kids and my husband on a weekend to our favorite breakfast spot, and then racing the girls on the way back so they get a little bit of exercise too.”

Above all, Harris is a big proponent of healthy living and she reinforces this lifestyle with her daughters. “…healthy eating is something that we talk about a lot… We’re very careful not to talk about size, that’s not the issue; the issue is health, especially after what I’ve gone through. Being in good health, eating healthy so you can have a long life and be energetic is very important for me to pass down to the girls, to understand that that’s why we eat. Not that we can’t have sweets and treats because we do, but knowing that that’s the exception; that’s the extra icing on top.”

To learn more about Samantha Harris’s website, or to submit a story visit GottaMakeLemonade.com