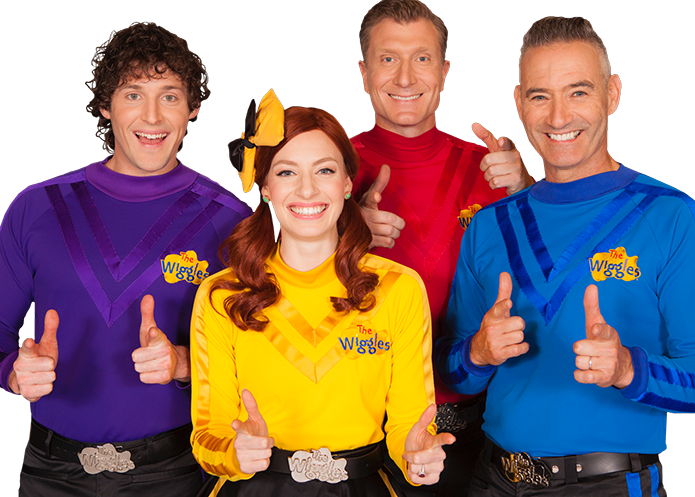 If you have kids or was a child within the last 26 years then you’ve probably heard of the immensely popular music group The Wiggles. For those in the dark, The Wiggles are an Australian children’s music band formed in 1991. Although a few of the bandmates have changed over the years, the heart of the music remains the same. We had a chance to interview one of the founding members, Anthony Field, who, after more than two decades, is still thrilled to be part of the group. “I love it, very proud to be the Blue Wiggle for nearly 30 years, best job I’ve ever had…” Field tells Tinseltown Mom.

Field, who was in a rock band, The Cockroaches, in the 80’s was a preschool teacher who needed an artistic outlet. He, along with Murray Cook, Greg Page, and Jeff Fatt decided to produce an album of children’s music based upon concepts of early childhood education training and The Wiggles eventually came into being. “It was to keep myself occupied creatively during holiday breaks from preschool teaching, Murray, Jeff and Greg felt the same,” Field explains. The Wiggles’ name came from a song that Field had written, based on how children dance, by wiggling around. The current cast includes Anthony, of course, (Blue) and newer castmates: Emma Watkins (Yellow), Lachlan Gillespie (Purple) and Simon Pryce (Red).

The group has been around for so long that parents who were once fans now have little ones who are enthusiasts, something that families can connect with their kids on. The band oftentimes have former fans bringing their own kids to their concerts. Field recalls a memorable story from a previous and present fan. “…One time in the audience there was a little girl proudly holding her mums Dorothy the Dinosaur hat and tail. Her mum was happy to tell us she had been to a Wiggles Concert 24 years ago!”

Field also has children of his own, Lucia, 15, Maria, 12 and Antonio, 11 and says that his kids have very fond memories of The Wiggles from when they were preschoolers. He also says that they have been very encouraging in his musical journey. “…My children inspire the music like the Glasses Song. It was inspired by my daughter Maria who needed to get glasses and when she wore them for the first time she said ‘I can see leaves on the trees.’” 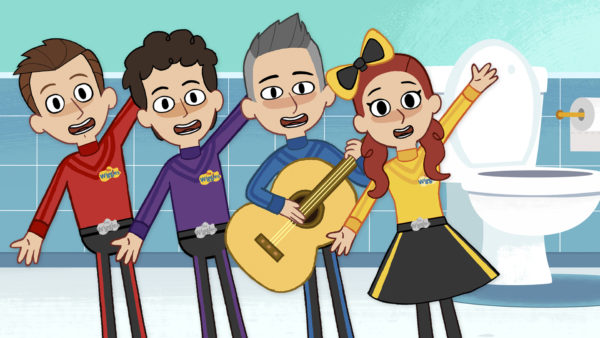 The Wiggles latest single, “The Toilet Song” which is a collaboration with Super Simple Songs, who also provided the animation for the video, debuted last week and with almost two million views on YouTube is already a winner. This song will encourage an incredible milestone for toddlers, toilet training! What parent couldn’t utilize a song to help their little ones triumph in such a significant achievement? The Toilet Song is sure to be a blessing to many and parents have been asking for years for a song like this. Fields explains why the release happened now. “The nature of a song about toilet training means you have to show parts of that process and for that reason it had been put in the ‘too hard basket for years.’ Animation was always an option and we’ve recently worked with some wonderful content creators, Super Simple Songs. They created the animation for us and we couldn’t be happier with the end result and parents and carers all around the world feel the same way. This song and animation will be an asset for carers to use when potty training their children.”

Like their other tunes, The Toilet Song is very catchy, but we were curious to know if Field thought the song would motivate kids to want to potty train. “I think so, because the song speaks to the individual child. It encourages boys and girls to sit on the potty and stay for a while to use it. Just sitting there is a success! We’ve tried to take the fear out of it and make it a fun experience.” 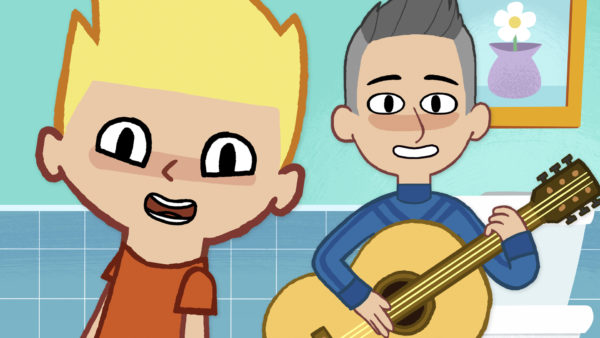 With potty training being such a sensitive subject it only seems appropriate to make the process fun and we agree that this song seems like a great tool to help kids and parents alike during this delicate phase. “… there is a lot of pressure on parents especially when children must be potty trained for preschool,” Field explains. “Potty training can be stressful for both the child and the parent, so we want to help ease that,” he continues.

This is not the first time The Wiggles have broached a pivotal phase in a child’s life. Over the years, they’ve addressed a variety of subjects like brushing teeth, sleeping safely, wearing glasses, allergies to food and so much more. “…In the future we would like to do something about tying your shoelaces,” Field discloses, but after almost 30 years of making music, over 40 albums, sold-out international tours, plus The Wiggles TV shows, the group still have so much more to give their fans. “… we are excited to be working with UNICEF on a global handwashing initiative. Sadly, millions of children around the world die from communicable diseases and washing your hands with soap and water is one of the most effective ways of preventing disease and death. So, we will be working with UNICEF to create a handwashing song in many languages and we will make this a part of our new tv show and of course service it online.”

To see what else The Wiggles are up to visit TheWiggles.com.au