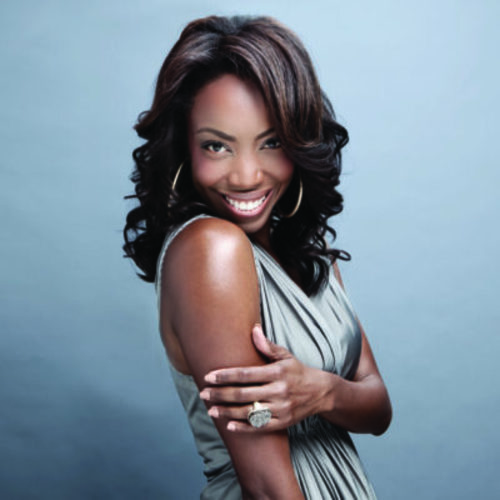 With roots in Trinidad and Tobago, Heather Headley had giftings of prominence at an early age. After her father moved the family to Indiana to pastor a church, one week before her 15th birthday, her exceptional talents were brought to the limelight. The actress had an authentic passion for singing, but it was nurtured and taken to a greater level after arriving in the US. In high school, she appeared in treasured musicals like Funny Girl and Man of La Mancha. “I always had an interest in performing. Our little church in Barataria, in Trinidad, now that I look at it, was an artistic church… I had always wanted to sing, and I was always singing. My mother put me in piano lessons at 4 years old…” Headley tells Tinseltown Mom.

Even with her distinguished abilities, like many well-meaning adults, her parents encouraged higher education. After graduation, Headley went to Northwestern University and majored in musical theater. “I was hoping it would work out, but my mother was always like ‘you have to have something to fall back on in case this doesn’t work.’” She honed her craft while in college, performed in regional theater, secured an agent, and was eventually asked to audition for the Toronto production of Ragtime, an opportunity of a lifetime. Still a senior in college, she was hired on the spot. With reservations about leaving school, but encouragement from counselors, mentors, and professors, she dropped out of college to pursue her career, eventually leading her to Broadway.

While at Northwestern, she met football star, friend, and future husband, Brian Musso. They stayed in contact for years. She pursued Broadway, and he went to the NFL for a season. It wasn’t until after she secured her iconic role with Aida that Headley and Musso’s relationship rose to the next level, and they eventually married. Headley went on to win a Tony Award for Best Performance by a Leading Actress in a Musical, recorded 3 albums, and won a Grammy Award for Best Contemporary R & B Gospel Album. During that time, she and Musso decided to start a family and had two sons. 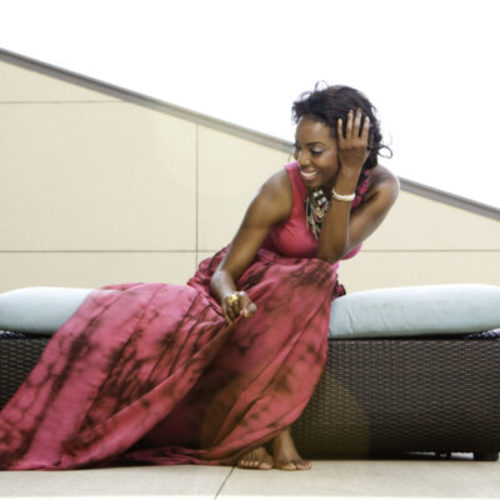 Reflective on her family picture, Headley reminisces on an endearing moment when she and her husband went to say goodnight to their oldest. She remembers her son saying, “’Ever since my brother was born, I’ve wanted a baby sister.’ He said, ‘I’m going to pray to God and ask him to send me a baby sister’ and I giggled and laughed and every night when we went to his room to say goodnight, he’d say his prayers and at the end of the prayer he’d say, ‘Lord Jesus, I please ask you to let mommy get pregnant and let it be a little girl.’” Well, 2-2 ½ months later, at almost 44 years old, Headley was in the bathroom with a welcomed pregnancy surprise. Relishing that moment, she recalls saying with a hearty laugh, “’Oh my gosh, I think my kid got me pregnant.’”

With an 11, 7, and 2 ½ year old, the mom of three realizes that pregnancy in your forties is much different than in your 30’s. “…Your body changes. Your body is getting older. And so, I needed to work out a little more and walk a little more and things weren’t bouncing back as quickly as they might have had I been 35, or 30 or 25… I feel like your body says, ‘we can do this and we’re strong enough,’ even though you doubt it… …my body was strong enough, fertile enough and ready enough to get it done and I’m proud of my 44-year-old body doing that and taking on this challenge of having a baby and growing this child and, needless to say, without God and wisdom from some great, great doctors, that, for the most part it was smooth, so I’m grateful…”

During that season of gratitude, and at 9 months pregnant, Headley received a call from her agent that she was being sought after for the role of Helen Decatur on Netflix’s romantic drama Sweet Magnolias. “Do they know that I’m 9 months pregnant?” Headley laughs, saying that the creator, Sheryl Anderson, and the entire team were all so supportive. “I recall Sheryl saying, ‘We want you. We want your ability. We want you as an actress, and whatever body you give us we will dress that body. We’re fine with it.’ I think it was a great lesson for me at the time that your talent is enough, and your voice is enough, and your beauty is enough, however that beauty comes is enough, your ability is enough, maybe more than enough. And that’s what they wanted, and I’m grateful to Sheryl Anderson and Dan Paulson (executive producer) and definitely Netflix for a little lesson that day…” 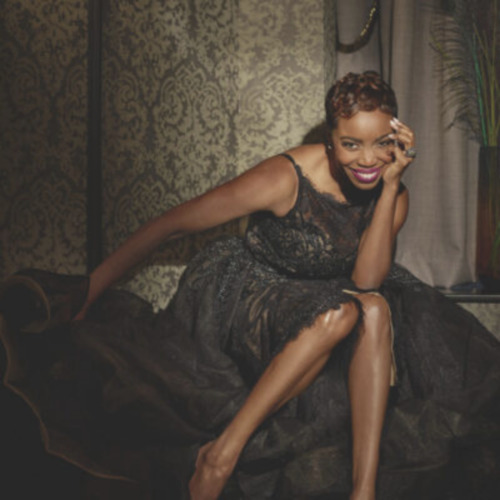 With Headley’s Christian background, faith plays a vital role in what she does, personally and professionally. “I am selective as a Christian, as a woman, as a mommy, as a daughter, a daughter in love, as a wife. So, I’m selective not only on the content but what it will do to us as a family… There’s a verse in the Bible that says you can gain the whole world but lose your soul. I think of it in terms of my family. I don’t want to gain the whole world and then lose them. So, I am always thinking how the show will affect us or benefit us. …It (her faith) does shape what I do. I don’t curse. It’s just not for me. I’ve never cursed. My parents forbade us from cursing. A lot of times if I get a show that has a lot of cursing in it, I let them know it won’t come out of my mouth well, so, ‘can we change the words, or if not, I don’t know…’ I love stories about redemption, so I have no problems playing the worst person in the world, or something contrary to who I am just to show people that there is redemption in the world, whether it be redemption through me, my character, or redemption through another character.”

Overall, Headley acknowledges that prayer is significantly important for her family. “…I do pray about it because I want to make the right decisions… We ask Him, ‘what do you think God? You put this in our laps, do you want us to do it, or not, or is it a test? Just let me know. And give me wisdom to deal with whatever is going to come with it, from it and ultimately do to it.’ May it always bring God glory.”

Headley can currently be seen playing Clara Ward in Respect, the Aretha Franklin biopic, and for those wondering when season 2 of Sweet Magnolias will be out, expect the end of 2021 or February 2022.