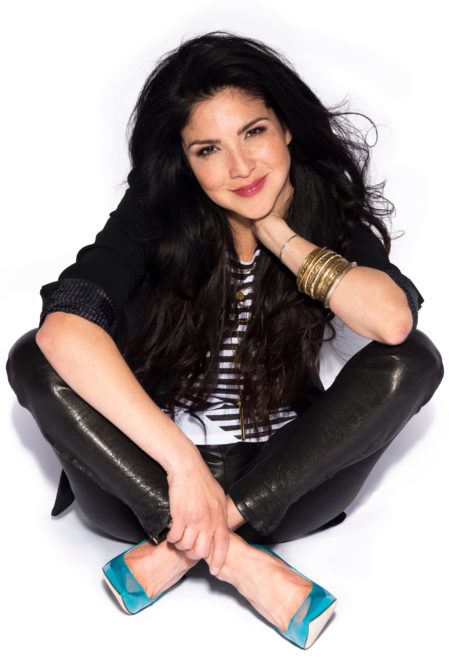 Since her public debut at the age of 16, Jaci Velasquez has been flourishing in her passions, amassing multi-platinum records in English and Spanish, climbing the music charts with 16 number-one hits and blossoming in her acting career. We were excited to speak with the well-regarded artist and catch up on her latest endeavors, which includes her new book, scheduled to be released this fall. “…I’m so excited. It’s called When God Rescripts Your Life,” the multi-talent tells Tinseltown Mom.

The book’s title is a play on words and reflects how Velasquez grew up thinking that life emulates art and that occurrences in film or tv were experiences she assumed would happen in her life. “…I remember thinking to myself as a child, thinking that life and school and high school and junior high, all these things I never got to experience, but… those experiences were like the movies. So, I would watch the movies and think that that’s what those experiences were like. So, I kind of was living vicariously through films as a child. And then God takes the plot of your life, takes the script that you have planned for your life and just rewrites it and…. It’s not what you expected. It’s not what you planned, but it is the perfect plan because it’s what God plans.” 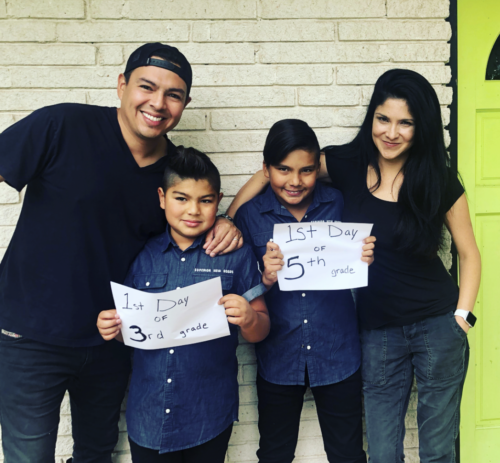 Velasquez shares two sons, Soren, 10 and Zealand, 11, with her husband of over twelve years Nic Gonzales, founder and frontman of Dove Award-winning Latin-pop group Salvador, so her household is filled with music, an artform inspirational for children. In her upcoming book, the musician references her kids and touches on Zealand’s special needs. Zealand is autistic and although Soren is the youngest, he took on a special leadership role in the sibling dynamic, a role she never would have written on her own. “…although he’s the baby of the family, his role is not truly the baby of the family. … because of his brother’s autism, he kind of has to relinquish that role… to kind of watch out for big brother. And, I don’t think any of us planned that for him, but that is the role that God put in Soren’s life. And he just walks happily in that role, never knowing anything different, and only God could have orchestrated such a perfect personality type for that particular role.”

The mom of two continues to open up about Zealand’s diagnosis and reveals that the first time she noticed something was amiss was at 19 months. “… he wasn’t meeting the milestones the other kids his age were meeting. So instead of burying my head in the sand, we got some testing done… some early intervention… In that early intervention they said developmental delays…” Velasquez reveals they were doing everything they could for Zealand, including private therapy and school therapy. All hands were on deck, however with all the help that her son was receiving it was time for his official diagnosis. “…it came time towards the end of the year of second grade that they sat us down and said Zealand is autistic, so, you know… It’s not what I pictured.”

The loving mom says she’s on a constant journey and admits that she went through a mourning period. She relinquished the dreams she initially had for Zealand while he was growing in her belly and began dreaming new dreams for him. “…in some ways he’s further behind than he was then, and in some ways he’s further advanced, so every day is a new journey. And I think that that is the thing that is also my prayer for the book and for my music, that it gets into the hands of people that sometimes go, ‘this doesn’t seem right; this doesn’t seem fair,’ because we’ve all felt that and we all will feel that at some point, but we have to trust and know that God is in control.” 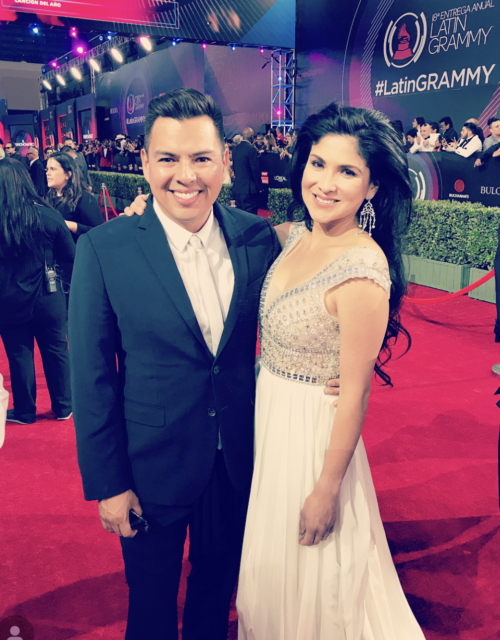 Velasquez is truly gifted and has accomplished so much in her career. In addition to her impending book release, she’s the author of three other books; she’s a Dove-Award and Billboard Latin Award-winner; she’s got several Latin Grammy and Grammy nominations under her belt, among others; she’s performed in over 10 films, including Tim Tebow’s recently released movie Run the Race, with another film, currently titled Stranger Company, coming out this year, plus she performs the end-title song for Palau the Movie coming out next month with Contemporary Christian artist Matt Redman. If that doesn’t keep her busy enough, she’s also on the board at her kids’ school and the chair for the music committee, plus she’s a devoted wife! Since she and her husband are both musicians it only makes sense to collaborate in some capacity, “…we always travel on the road together and either it’s both he and I singing and he’s playing guitar, or he plays guitar and I make him sing a song during my shows. …But yeah, so… we can’t live without each other.”

Next up, Velasquez will be hosting a Holy Land trip at the beginning of 2020. “I’m excited. … we’re going to Israel and… It’s a full Israel tour… …we’re also going to stop and do worship at each of these stops. I mean, can you imagine worshiping at the tomb? … singing songs about Jesus and singing songs about the fact that He is not there. He is no longer there. I would love to be a part of people experiencing and walking where Jesus walked and walking out the Bible. …it makes things come to life in a different way. I have actually been to the Holy Land once before and I think when I went… I was young and I was so busy. I didn’t get to experience all the things that we’re going to be able to experience on this trip. I just am ready and waiting for the Old Testament and the New Testament to come to life in a totally different way and to be able to read the Bible and go, ‘I’ve been there, I know what they’re talking about.’”

Be sure to look out for Jaci Velasquez’s new book, When God Rescripts Your Life, coming out this fall, or you can preorder on Amazon!