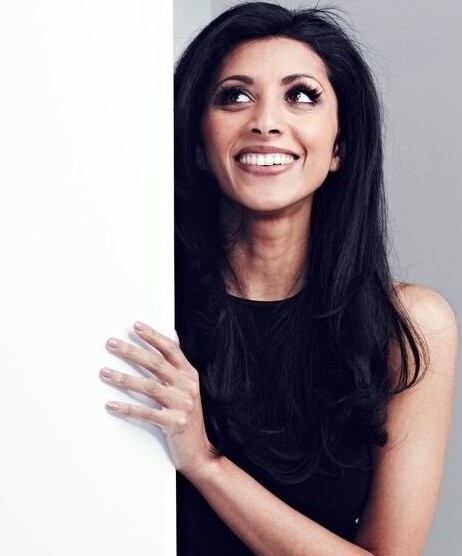 With her upbringing and education Reshma Shetty was on course to becoming a doctor, then realized her dreams were taking her down another path. Born and raised in Manchester, England Shetty moved to America when she was 16-years-old. Surrounded by a family of doctors, it was no surprise that a medical profession was beckoning, until the young pre-med student hit her sophomore year at James Madison University. The gifted musician switched majors and earned a B.A. in opera performance. She then went on to receive her Master of Music in performance from the University of Kentucky, then got her artist diploma in opera from the Cincinnati Conservatory of Music, one of the nation’s leading music conservatories, and a place where Shetty could hone her acting craft. “… I really kind of stuck to the voice stuff… …at that time there really weren’t any actresses who looked like me on TV or in film, in Bollywood,” Shetty tells Tinseltown Mom. “So, I still was a very logical young Asian woman, who kind of was like, ‘you know if I do opera they’re color blind; they don’t care, as long as you hit the notes.’ So, I loved performing on stage; I had a good voice; and it was just a natural, easy thing to do….”

With her prestigious education and unmistakable talent it wasn’t long before opportunities emerged for the young performer. “As soon as I left grad school, because of where I went to grad school, most doors in New York City were open for me,” Shetty continues. “…I have one of those stories so far that’s kind of like, I booked my first job, which was a Broadway Aids benefit concert, with the likes of Steven Pasquale and Laura Benanti, and those type of caliber singers; and then I booked a national tour, a Broadway national tour as the lead; then I booked my first Off-Broadway play which was going to then transfer to Broadway, and didn’t transfer to Broadway, and then I got this strange audition for a pilot called Royal Pains…”

Royal Pains is a USA Network television series based on actual concierge medicine practices of independent doctors and companies. It follows the story of a young ER-doctor-turned-reluctant “doctor for hire,” Dr. Henry “Hank” Lawson, played by Mark Feuerstein, who caters to the rich and famous. Shetty plays Hank’s physician assistant, Divya Katdare, a role perfectly suited for someone who grew up around medicine. “My dad is a doctor and some of my uncles and aunts, later generations, kinda’ did the whole Indian medical thing… So, I was surrounded by the whole hospital atmosphere most of my childhood.” And don’t let the word assistant fool you; her character is very knowledgeable in the field of medicine, almost on par with a licensed doctor. “The only thing physician assistants can’t do, they can’t do surgeries. In many instances physician assistants can do assisted surgeries, minor ones of course. But, they basically have nearly all the skills that a doctor has and their schooling is obviously much less than a doctor… …in many instances they’re kind of like the connection between the kindness and the warmth and the approachability of a nurse, and just that additional knowledge level that a doctor has … The character is going more and more towards being independent with her skill.”

Royal Pains is now in its 7th season on air, and was renewed for an 8th season, a feat most television shows don’t get to experience. “The show is just a gem. It’s such a family. We’ve been together for nearly eight years now; it will be nine next year, including the pilot, and we kind of all grew up together. I mean, I was in my twenties when I entered the show. I got engaged on the show; I got married during the show; I bought my first house on the show; I’m having my first baby with the show. It’s taken me through my life.” Shetty and her husband, Deep Katdare, are expecting their first child together this fall, and ironically her character is a first-time mother, so we wondered if the soon-to-be mom has learned anything from her role. “It’s definitely taught me that babies don’t do what you want them to do, which is something I would not know, as I don’t have one yet. I’m getting these babies slightly under duress; the babies sometimes don’t want to be held, or they want to sleep or they just feel like being with mama, and here they are having to be in this stranger’s arms, under big lights… I definitely have been around babies more than I would have and some of the scenes that I’ve had to do, I’ve had to draw from places that I don’t have a fresh set of experience from, and that definitely, I think, excites me for what I’m going to feel for my baby. But, I think it’s just a taste. It’s just the icing on top. I haven’t had the cake part yet; so, that’s coming.”

Another bit of excitement for Shetty is that she’s nearing the end of her pregnancy, having just crossed the third trimester and admits that the first trimester was no walk in the park. “…we’ve hit the end mark; we’re hitting the homerun. My morning sickness was all at first, and then it went away. I never threw up once, which is very irritating. It was like having carsickness through the day. Honestly, a nightmare for me because I get carsick still. It’s kind of like a childhood thing. A lot of times it’s like, ‘can I just throw up? It would be better.’”

So, how is the beautiful actress preparing for her baby’s arrival? “I’m trying to get as organized as I can get. I fully comprehend that even though I feel that I could be organized I will not be; it will all fall apart on me. It will all be not what I expect it to be. So, a lot of how I’m thinking is, just take it as it comes. In preparation, definitely getting my registries together was like a crash course in ‘what the Hades do I do for baby?’ I am really crazy anyway when it comes to buying things. I’m very particular and I’ll do the research behind what the popular thing is; what the best thing is; what all the reviewers say about everything. Working out what the best stroller was, or the best baby swing was, or the best bath was. I learned a lot that way. Other than that I’ve been reading doula books to work out what’s going to happen when it happens. Again, I’ve been told by everybody that none of it happens the way you think it’s going to happen. So, kind of getting again, the icing… Definitely going to start on the nursery now, definitely trying to get my brain around it all.” 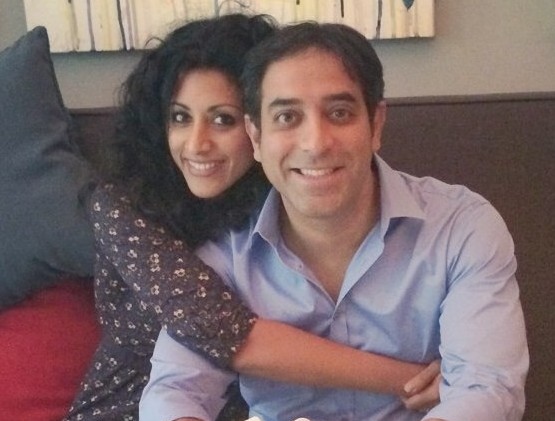 Although Shetty wont divulge the name she’s picked out for her baby we do know that she’s having a girl and two kids would be sufficient for her and her husband. “…I’m not really planning on any more than two, but right now the focus is to get the one out. Get her out, get her healthy, get through her first six months here. It’s definitely going to be a really hard transition for us.”

And if the enthusiastic mom has any fears it’s more philosophical than practical. “I don’t think I would call it fears; I’m very idealistic, and it’s recently begun to seep in that I am now bringing someone here and that that person could be the President; that person could cure cancer; that person could do something amazing, or just have an amazing life and I kind of feel a responsibility of helping that… I think that’s probably the only fear that I have; that I don’t want to mess that up; I don’t want to do a bad job in that area. My parents have been so great and have afforded me everything, through their sacrifices. Their lives were not so easy and they really had to work for what they had. They allowed it so that I could be anything I wanted to be. I didn’t have to be what they wanted. I always say that we walk in the footsteps of our ancestors so now I’m bringing the next generation. And, I want my footsteps to really help hers…”

As for her birthing plan Shetty doesn’t put any unrealistic expectations on herself. “My plan at the moment is I’m thinking about a doula. I would like to do natural but, I do know this about myself, I have very low-pain tolerance. I feel like most women who go that route they know their bodies enough to know that they can do it. I know my body enough to actually know that I need a doula to help me with the basics, like get me through the first 5 centimeters, get me through the breathing and the pain… I’m pretty sure I’m going to hit an epidural because I don’t want to hurt the baby. I actually think I would do more harm with how terrifying the pain would be to me… Who knows what’s going to happen? I’m really going to try hard because, I don’t want to do Pitocin. I know about the Pitocin and the shutting down and all that stuff… I know that the epidural is to come as late as I can make it, that’s what I’ve learned.” However a mother decides to bring their beautiful bundle into the world, most of us can agree, including Shetty, that it’s all a special experience as long as mom and baby are healthy. “I think it’s such a personal thing and whatever will get your baby out safely. I think, whatever women decide I go, ‘go for it girl’.”

The 8th season of Royal Pains wraps in October and Shetty is due in September, and plans to work all the way to the end, but will take 3-4 months off after giving birth. And, with the long-running gig that the actress has been blessed to be a part of we’re wondering if the show will get a 9th season order. “We’re waiting to see, as all TV shows, whether it will continue. If it doesn’t then I have a lot more time off… The timing of this couldn’t be better. Whichever way it goes. The great part is I’ve grown so much since I started doing the show and I think that as an actor you never leave town, because what if the next thing comes and you weren’t there? …I think, I’m realizing that the more I let myself live life it will actually help me in what I do. If I can actually sit back and just be a mom, when it happens, and just take all of the growth… I think that the next role that I do, and the next show that I get, that it will make me better…”

Be sure to check out Royal Pains Tuesdays at 10/9c on the USA Network.