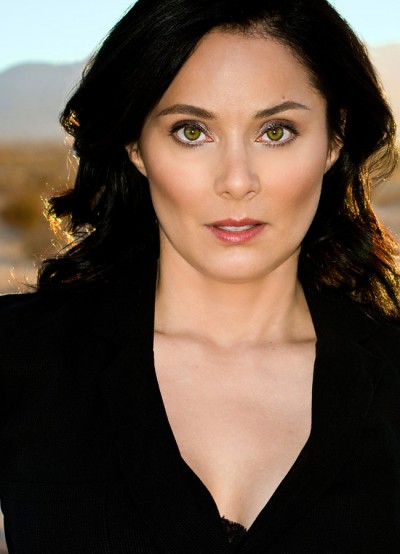 Less than a month after the second season of Bosch debuted, Amazon Studios revealed that the LAPD drama is coming back for Season 3. One person who we know is thrilled about this announcement is Season 2 newcomer Jacqueline Piñol who stars as Detective Julie Espinosa on the well-respected show. She’s also lending her voice to a rambunctious 5-year-old boy wreaking havoc on his neighbors on Fox’s Bordertown, the newest animated series from Seth MacFarlane. But, even more exciting for the actress is that she made her motherhood debut this year.

We recently connected with Piñol about her new mommy ventures, and her flourishing acting career, which began at an early age. She has the classic film Mary Poppins to thank for drawing her towards an entertainment career. “…I must have seen the movie a hundred times and in 6th grade I was cast as ‘Mrs. Banks’ in the school play. It was then that the acting bug took me and has never left,” Piñol reveals to Tinseltown Mom.

Her first noteworthy role was playing, singer, Ricky Martin’s younger sister on the daytime soap General Hospital, and as a young fan of the then successful boy band Menudo, it was an exciting opportunity, to say the least. “…Let’s just say I was living la vida loca before anyone in the US knew what that was! A teenage girl whose bedroom walls were covered with Menudo… posters, I couldn’t believe that I was actually going to work with the heartthrob lead singer! He was a dream to work with. Seriously the nicest guy ever; and I’ve heard he still hasn’t changed.”

One thing that has dramatically changed in the beautiful actress’s life is her mom status. Piñol delivered her first bundle of joy, a baby boy named Atlas Blu, in February and like most new moms can agree on balancing life with a new baby is a definite adjustment “… The love my husband, Jonny, and I feel toward our boy is of course massive. The life adjustment is definitely something that we are still working with. We were fortunate to have an amazing newborn nurse/nanny who showed us the ropes for the first month, so that set us up for success. Now we are working on adjusting our schedules and making sure that our four canine children continue to get as much love and attention as they’ve always had!”

So, with such a huge life alteration how does Piñol feel about motherhood thus far? “This question brings up so many thoughts and feelings. As I mentioned earlier, I am over the moon about my baby. Looking at him fills my heart with so much love it’s indescribable. Having said that, I will confess that the sleep deprivation is a form of torture. Will I ever sleep again?” 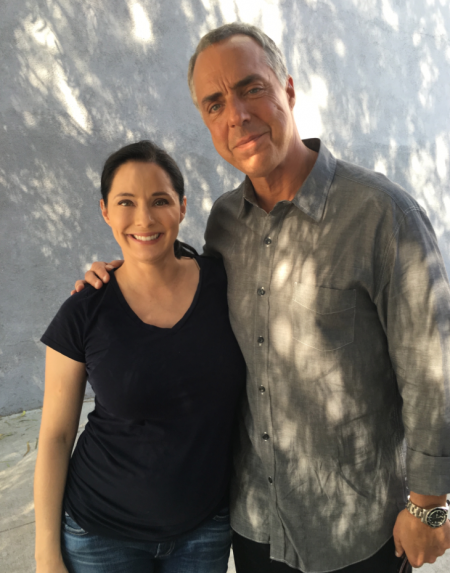 In her waking hours, the new mom can always stream online the 2nd Season of Amazon Studio’s Bosch, which premiered on March 11th. Piñol plays LAPD veteran Detective Julie Espinosa and she prepared for her character in a very original way. “I have always led myself into any role with the idea that I’m still me, but just a variation of myself. Like, me, but in a parallel universe. Having played several types of law enforcement officers in my career, I always access the practical aspects I’ve learned from those experiences and then bring that knowledge to the new character. Once the camera starts rolling, the character manifests. It also doesn’t hurt to have amazing writing coupled with excellent actors and directors to play off of, like we do in Bosch!”

Piñol has appeared in a variety of television shows, including 24, Resurrection Blvd, and CSI: New York, so with such a colorful primetime past we wondered what was different about Bosch from the past shows she’s worked on. “…Well, I think that the new networks, like Amazon, Netflix and Hulu, are raising the bar and bringing television to another level. Bosch has that grittiness that 24—and similar shows—have, but there is a visceral realism that you’ll see in this show that the typical network shows have yet to match.”

The versatile actress also plays Pepito in Fox’s animated series Bordertown, voicing the character of a 5-year-old boy. It seems a daunting assignment to take on, but Piñol was ready for the challenge. “…I knew that animation masters, Seth MacFarlane and Mark Hentemann from Family Guy, were involved; I felt confident. I have done a lot of voiceover work and have built up a way of finding a character’s voice and ‘life’ as soon as I see the dialogue. As an actor in front of the camera I have played everything from a stripper to a scientist, but of course I’m still somewhat limited because it’s ‘real life’. As a voice-over actor, especially with animation, I can not only access different ranges in my voice, but I can also get to literally access my inner child and go nuts with it. And, Pepito basically says everything I wish I could have said when I was 5!”

And, as if you weren’t already impressed with the gifted beauty, she also speaks four different languages, English, Spanish, French and Italian. Her background and love for travel inspired her passion to learn new languages. “…My Latin American and French background created an environment to learn those languages from the beginning. We spoke Spanish at home growing up, so that was easy. But, it was when I went to study abroad in Paris during college, that I solidified my French. I took on Italian as well and right after college I went to study and travel a bit in around Italy and throughout Europe. Learning languages is a favorite hobby of mine. I feel more connected to the world having the skill of communication. I even went to study Mandarin in Beijing a few years ago!” 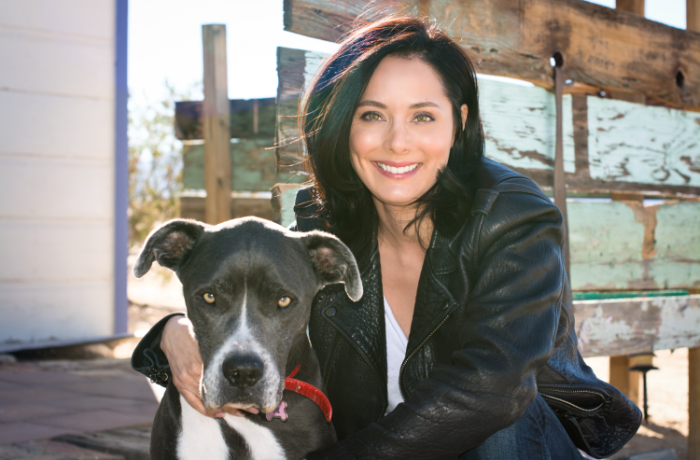 With all that is going on in Piñol’s life she still finds time to use toward canine rescue. “A project that is incredibly close to my heart right now is a documentary film I am producing along with my husband, Jonny Blu, titled ‘The Canine Condition.’ For several years, I have been heavily involved in dog rescue. Last year, I decided to begin documenting the people and experiences that I have encountered in the world of dog rescue in this country. While most of the experiences are heartbreaking, there is a whole culture of amazing people in this country who are pushing to improve the condition of our closest animal friends. My goal with this documentary film will be to shed some light on all this and allow people to become aware of the problem and what each person in America can do to be part of the solution…because we all can be! We are currently about halfway done filming and we will continue production this summer.”