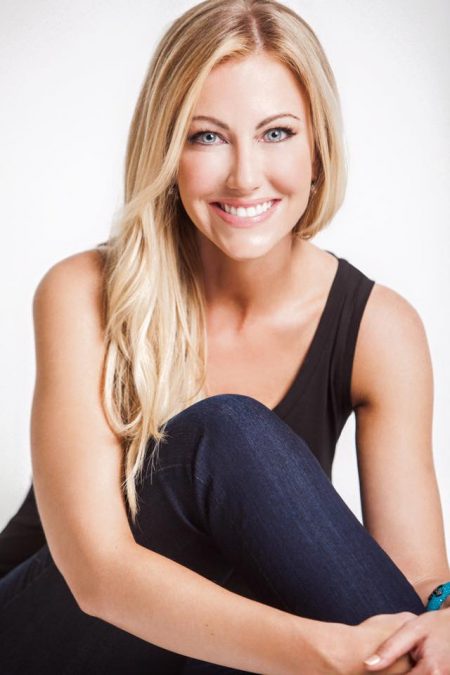 Stephanie Hollman, along with her BFF Brandi Redmond recently joined the cast of Bravo’s The Real Housewives of Dallas and when the native Oklahoman was asked to participate on the popular franchise she didn’t contest. “When I was approached about the show, I was excited because I thought it would be a fun journey to take with my best friend, Brandi,” Hollman tells Tinseltown Mom. “I had given up my career to be a housewife and care for my children. I felt like I lost myself in the process. I was excited to do something for myself. Bravo is really great in that they understood how important my family was to me and provided a very flexible filming schedule…”

Hollman, her businessman husband Travis and two adorable sons are all featured on the show and for those who think that being yourself in front of a camera is easy the new star gives honest insight into the world of reality TV, and reveals that the first day of filming was her toughest day. “…I was so nervous about not being liked or would accidently offend a viewer. Travis told me that I had to give myself permission to be myself or it would be a long rough journey. I realized that he was right and that I had to let go of the fear and be myself. After that I started having fun with the process…”

Although still a newbie Hollman’s involvement so far has been enjoyable, acknowledging that after she got through the nervousness the experience started becoming fun. “…In the beginning it is shocking to read what people wrote and how they judged based on who they ‘thought’ I was. I guess it’s true that first impressions really do count! I am so blessed that most of my ‘fans’ are kind and embrace who I am. Many, many moms have written that they see themselves in me and are glad to see that they are not ‘the only one.’ It’s also fun to read that many have written that Brandi and I’s friendship reminds them of their relationship with their best friends. I love that my struggles as a mom or experiences on the show are a connection to people who I have never met. I love when people come up to me and say, ‘Hi, aren’t you Stephanie Hollman of the Housewives of Dallas?’ because I get to personally thank them for their support. I’ve met so many incredibly kind people.”

The beautiful mom admits that her biggest fear with doing the show was the impact it would have on her children’s life and says that she never wanted them to feel like they weren’t her top priority. “…It was important for me to keep things as normal as possible for them. I made sure I made this very clear when discussions of my having a role in RHOD started. The Bravo crew are and have been absolutely wonderful! They actually became friends and playmates of my boys. Chance and Cruz would ask when they were coming back because they loved having them to talk to and play with. I am so grateful that they were respectful of my time and desire to be there for my boys, as much as possible.” 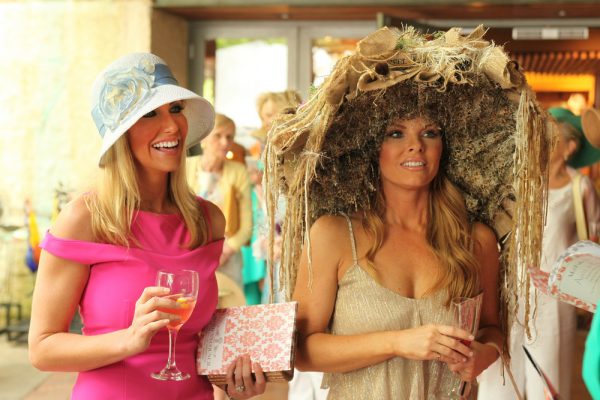 It goes without saying that having a camera crew follow you around can take a toll on a family dynamic, especially a marriage, so we wondered what steps Hollman took to ensure her relationship with Travis was thriving. “I think marriage is hard sometimes. My husband owns a very large company and has a lot on his plate. I appreciate his work ethic. He is an outstanding husband, father and provider. At times he comes home at the end of the day physically and emotionally exhausted and all he wants is a backrub and time in the hot tub. I get it. He has a lot of people pulling at him all day and has to make hundreds of decisions. When he comes home, he needs to regroup. We both understand the importance of parenting the boys by showing them love, affection and guidance. They bring much joy to the marriage, but also take up most of the focus. Travis and I are actively involved in the boy’s sports events, playdates, birthday parties, school events, etc., but also understand the need to nurture our relationship. We both expect that routine date nights are worked into our schedules. We hire a sitter and go out for a relaxing dinner to reconnect. We also schedule in annual trips with just the two of us. We need this time to reconnect and have fun together. So much of life must be taken seriously like work and major life decisions. But we cannot lose sight of why we fell in love and as we both grow and change looking at what we appreciate in each other rather than the things that we do that gets on each other’s nerves…”

Hollman and her husband are also big believers in marriage counseling and began therapy when they signed up for the show. “…I feel like it keeps us engaged and honest with our feelings and helps navigate the insanity that reality TV and life in general can bring to our lives. Anything worth having is worth fighting for and going the extra mile for. Travis and the boys are that for me. I cherish them all and cannot imagine my life without them.” 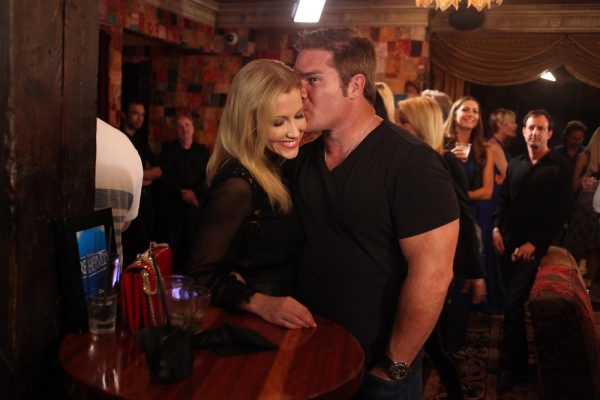 Even with the cameras rolling Hollman tries to maintain a sense of normalcy and separate the show from real life. “…I feel like it would be too easy to get wrapped up in what’s happening on the show and reliving difficult times with cast members. My focus is my family. My goal is to be more patient and focus on what’s currently happening in my life.”

Being on television is not as glamorous as one would think, according to Hollman. In fact, she says it’s a lot of work. “…It’s hard to juggle family and filming. It is also very hard to not get wrapped up in the drama and different personalities of the other cast members. Personally, I remind myself to keep it in perspective. It’s a fun part of my life, but it is not ‘my life.’ My life is my family and friends.”

Another big part of Hollman’s reality is donating her time to charitable organizations. Her parents taught her that the greatest gift you can give someone is compassion and your time. In the past, the lovely mom worked as a social worker during the day and at a homeless shelter at night, nothing remotely close to the glitz and glamour we see on TV. “…I embrace that part of my life because it instilled values and beliefs that I feel are important. I love going back home to Coweta and catching tadpoles with my children. I enjoy going to stock car races with my dad. I embrace my childhood and life because it is why I am the way I am. I may live in a beautiful house and have nice things, but I am proudest of the fact that I am still that small town girl who values kindness over social status.”

Hollman is passionate about women and children’s issues, and she’s worked with and known many women who have dealt with family violence. “…My passion is to provide support and have a voice on a cause that so many are uncomfortable talking about. As a mother of two young boys, it is important for Travis and I to lead by example. My boys will be raised knowing that domestic violence is never okay. It is my hope that they will be strong advocates as well. Travis and I co-chaired The Texas Trailblazers Luncheon in 2014.”

Through the efforts of board members, the power couple have also raised over $700,000 for The Family Place, the largest domestic violence agency in Texas. Additionally, they are passionate about Big Brothers Big Sisters and the happy housewife has been a big sister for nine years. On September 23rd, the philanthropic duo are co-chairing the 2016 Big Brother Big Sister Big Black Tie Ball with Mark and Cary Deuber to help raise money for the organization.