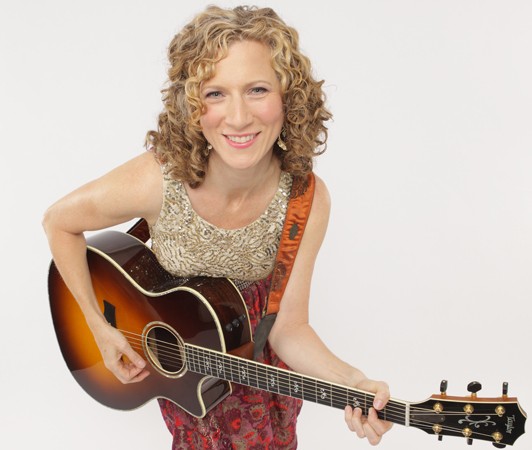 Just in time for the holidays! People Magazine’s “Queen of Children’s Music,” Laurie Berkner, just released her tenth album, a two-disc set including 51 well-loved, classic children’s songs, plus six bonus tracks of her favorite originals. This is the only album the performer has ever created that is comprised almost exclusively of traditional songs, and it’s the perfect stocking stuffer!

The singer-songwriter, who many know and love from her performances on Nick Jr. and Sprout, tells Tinseltown Mom that there were many reasons why she decided to do this compilation. “I usually put out albums that are largely my own original kids’ songs. This time, I wanted to explore the songs I grew up with, that I used as a parent and a pre-school music specialist, and that had informed some of my own songwriting,” Berkner reveals. “It was a lovely journey to rediscover these songs and to connect to old memories I had of them. I also really liked finding my own way of presenting them to a new generation of new and old fans,” she continues.

Some of Berkner’s favorite songs on the album include: Hole in the Bucket, The Ants Go Marching, and The Cat Came Back. And in addition to the traditional classics, she included some of her original music. “… They are six of what I believe many of my fans would consider to be my own personal classics, ‘We Are The Dinosaurs,’ ‘Buzz Buzz,’ ‘Victor Vito,’ etc. I decided that since many of them were written almost 20 years ago – and I still have to sing them all at every concert or the people who come get very upset – that they had enough street cred to be included.” 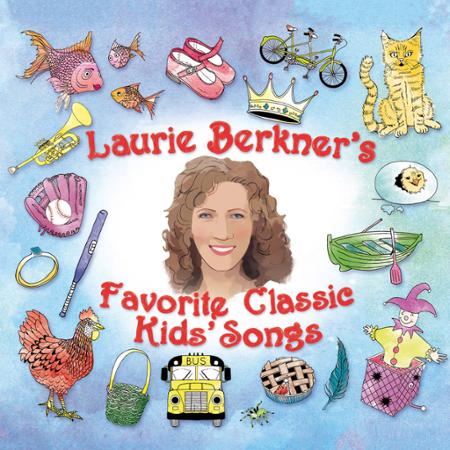 Having nine best-selling albums under her belt it goes without saying that the singer has learned some very key things over the years. “Ha! I just found a piece of paper in my files from about 15 years ago. I had put the heading ‘How To Make An Album’ at the top of the page. If I recall correctly, it told me to: 1. Write and arrange the songs; 2. Record them; 3. Mix and master them; 4. Design the packaging; 5. Get the CDs manufactured; 6. Send them out to radio stations. Of course, there are actually many more steps involved, especially now, but it’s also true that the process itself is really just a series of steps. Once I have the music I want to make into an album, I pretty much know what I have to do from there in order to finish it…”

And with over a decade of recording award-winning children’s music Berkner’s passion, hard work and determination has turned her into a picture of success, so we wondered if she ever dreamed her career would have evolved the way that it has. “Not really. When I look at all of the CDs that I’ve made, I remember back to all of the work it took (and the steps!) to get each one of them done, and I feel amazed that I did any of it. I think a lot of it was due to the fact that as my career developed, I got more help – which was particularly convenient because the music business also got more complicated – and that allowed me to keep on creating. I definitely did not expect the level of success I’ve had. I feel really lucky to have been doing kids’ music just at the time I started doing it because there were many things going on in technology and music that helped me make the music I was writing, recording and performing, into a career.”

While performing keeps Berkner on the go, it’s not the only thing the multifaceted mom is working on. It was recently announced that Berkner’s songs will be made into picture books, a project that the singer is beyond excited about. “…I’m working with Simon & Schuster, and we’re turning three of my songs, ‘We Are The Dinosaurs,’ ‘Pillowland,’ and ‘Monster Boogie’ into picture books… It is an incredible feeling to watch my songs come alive in this new way, and I love the process of helping to develop the new story lines that will be visible in the illustrations. I have also been training teachers to teach a toddler and pre-school music curriculum composed of only my music and traditional kids’ songs for ‘me and my grown-up’ style classes. It’s called ‘The Music In Me,’ and early next year we will be launching an online version of the training so that anyone who wants to learn about it, and start their own classes, will have access to the information. Right now we have teachers in Florida, Ohio, Pennsylvania, Minnesota and New York.”

Now’s your chance to enter to win an autographed copy of Laurie Berkner’s new CD, just in time for the holidays. See details below!