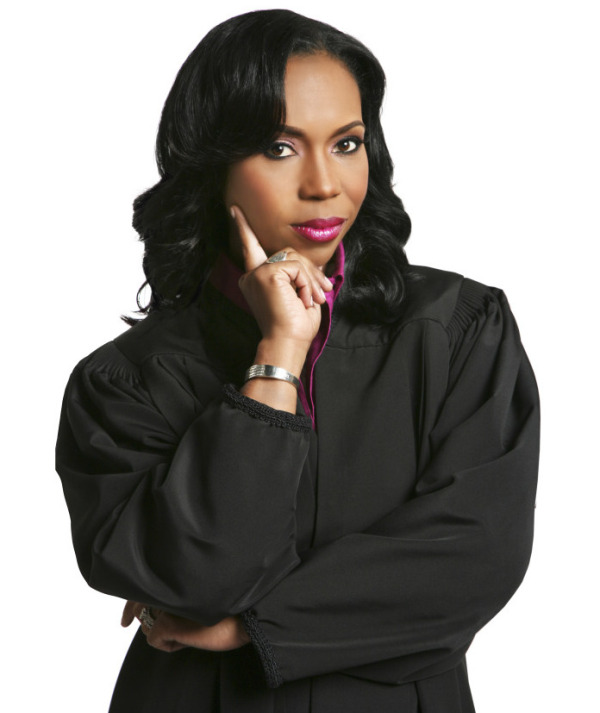 Lauren Lake is not your typical TV judge.  Yes, she’s clever, opinionated and passionate, but she’s an accomplished attorney, who’s also an author, designer, motivational speaker and singer. Lake currently serves as the presiding judge on the nationally syndicated daytime courtroom series “Lauren Lake’s Paternity Court,” where she helps litigants resolve legal issues involving paternity. Due to the show’s success it has become the #1 new courtroom series of the year, and it just began its second season run.

We caught up with Judge Lake while she was in town and spoke with the versatile mom about her hit show, pursuing her creative passions and balancing a thriving career with a successful home-life, which she admitted was not easy. “You’re constantly in motion trying to figure out the right balance…” Judge Lake revealed to Tinseltown Mom. “We’re all seeking balance and you find it on some days…I think it’s important to use your village, even if you don’t have your family.  Find good friends, find people that love you, love your children, and support you and know that you living your dreams is the best example for your child and it’s possible for them to live theres…”

Lake knows firsthand what living her dream is all about. Her parents encouraged her to pursue her love for the arts, as long as she kept her grades up. Her passion for performing, mixed with her love for the law is what catapulted her into the success story she is today. Even while she was getting her law degree Judge Lake was singing backup for popular artists such as Snoop Dogg, Mary J. Blige and Jay Z. She was frequently used as a legal expert on various talk shows like Ricki Lake, Dr. Phil and The View when she was approached with a unique television opportunity.  “The creator of the show, David Armour, approached me and said he had the idea to do a show about paternity that was based in the courtroom, because he believed, to date, that paternity had not been handled in a respectful and honorable way… and it was an issue that so many families have dealt with and are dealing with in this country.” Armour wanted Lake to be the judge because she could add the inspiring, motivating component to the show. “It wouldn’t be just, ‘are you, or are you not the father?’ But, more importantly, having now discovered the truth, what are you going to do with it?  It’s motivating and inspiring people to live beyond their obstacles, and use the truth as a foundation for a better life.”

Just like the litigants Judge Lake doesn’t know the paternity results until she reads that piece of paper, so in many situations it is difficult and emotional for her as well, and she often finds herself fighting tears. “There are times when I’m so overwhelmed with grief for the families and there are times when I’m overwhelmed with joy and pride that I sit on the bench in a courtroom that helps people rid themselves of their secrets and their shame and helps them find a place to begin again.”  And, when heartbreaking truths are revealed all participants are given the opportunity to meet with a licensed psychiatrist right after the taping.

As a married mom to a football coach we also discussed some of the controversy surrounding the NFL.  Lake shared her thoughts on the child-abuse case involving Adrian Peterson, the Minnesota Vikings running back who admitted to hitting his son with a tree branch or “switch.” “When I think of a 4-year-old child… that’s the age of my son.  I can’t imagine what a 4-year-old child can do that would warrant that level of discipline. But, if that was your life experience… then yes you will perpetuate that same level of pain, dysfunction, and wrongdoing on to the next. So much of this is generational, and I think that’s why dialogue is important; that’s why us talking about it and healing together is important because there is no way that child had to be hit that way… We can again sweep it under the rug and more children have to endure this level of abuse because we’re not talking about it and not educating people with love.”

Lake is a big proponent of portraying women positively so we also got her opinion on the domestic violence claims surrounding another NFL running back, Ray Rice, with the video circulating of him punching his then-fiancée, but now-wife, Janay Palmer. “It’s hard to watch… My spirit tells me it was a relationship that was very volatile before, whether or not this level of violence has ever occurred I don’t know.  Honestly, I worry for her and for him… This young man who has achieved so much in his professional career, it’s so easy for us to, as a society, point fingers and say ‘look what he’s gone and done, he’s a monster, he’s a criminal, he needs to go to jail; this is a crime,’ and it was, yet this is also a marriage that’s still intact right now…  It’s easy for us to perch ourselves on our soapbox and talk about what a terrible relationship this is. The difficult thing to do is figure out how to help these two young people and help them understand that violence is not the answer. I’m hoping at the very least this saga will draw attention to domestic violence. And pray for that couple and that family.  It’s about opening our arms and saying there is such a thing as redemption and change and growth, and hope that they pursue that.”

With all that’s on this busy mom’s plate she still finds time to give back.  She is the founder of the Women in Entertainment Empowerment Network (WEEN), which is a coalition of professional women that come together to uplift, and empower young women, and help them know that their dreams are possible.

Judge Lauren Lake is a successful talent whose purpose-filled life encourages others to dream big. We were thankful to have had the opportunity to interview such an inspiring, and accomplished mother.  Check your local listings to see where you can watch Judge Lauren Lake’s Paternity Court in action.