In an inspired reimagining of the “Snoopy in Fashion” event from 1984, “Snoopy & Belle in Fashion” is on a multi-city U.S. tour that will feature custom designs by well-known fashion icons from around the world. Jill Schulz, daughter of Peanuts creator Charles M. Schulz, was in Los Angeles on Valentine’s Day to debut a rare collection of mini-couture designs from the world’s most admired designers, and Tinseltown Mom was grateful to meet Schulz and get a personal guided tour.

“Snoopy & Belle in Fashion” premiered to the industry at New York Fashion Week in September of 2014 and has traveled to Paris, Amsterdam, Tokyo, Mexico City, plus more. The Los Angeles debut represents the first time it will be open to the general public in America; it will then travel to Denver, Nashville, Sarasota, and Washington DC before making its final stop at New York Fashion Week in September. 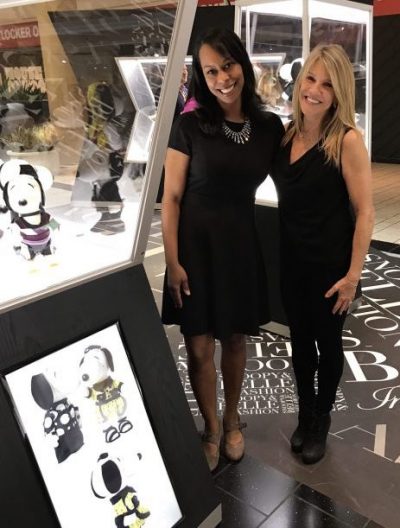 Yours truly & Jill Schulz near the Emanuel Ungaro collection

More than 40 of the world’s most acclaimed apparel designers participated in this awesome event by creating unique designs for the “Snoopy & Belle in Fashion” traveling exhibit. Schulz is a huge fan of the designers involved but she let us in on one in particular who was near and dear to her heart. “Well one of my all-time favorites is Betsey Johnson because she was involved in the original… I was lucky enough to go to the Louvre in Paris and see that. And I’ve also always been a personal fan of her designs. I used to… in the ‘80s, I wore them all the time and then I even still have one of her dresses that we used in one of my father’s ice shows.”

Betsey Johnson was one of the original designers from 1984, as well as Diane Von Furstenburg, and today there are close to 50 designers involved in the collection. Melissa Menta, SVP of Peanuts Worldwide and the producer of the exhibit, was also on hand to discuss the collection and share the evolution of the designs. “…we’re gonna add new designers in each city.  And I can’t tell you who’s going to be in Denver yet, but we have two really fun ones for Denver… I’m really excited about each city. I think we’re pretty close to actually having new designers for each of the six cities at this point.”

When the exhibit concludes in September at New York Fashion Week there’s no telling how many more fashion visionaries will be attached. Photos of each design can be found at http://www.snoopyandbelleinfashion.com/press 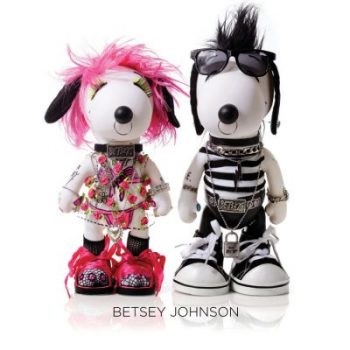 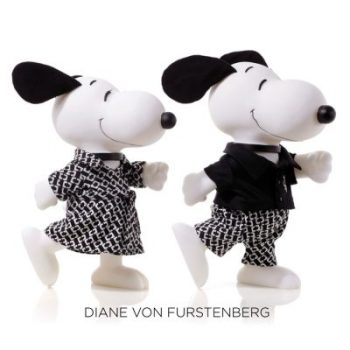 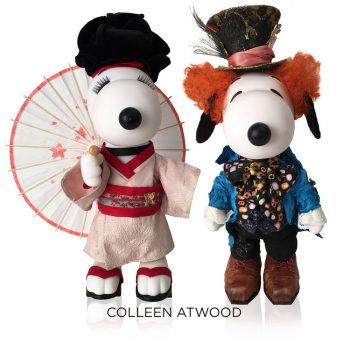 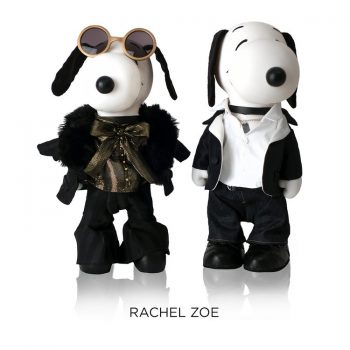 Schulz and Menta offered cool background facts about the dolls and the exhibition. For example, Colleen Atwood fashioned Snoopy’s costume after Johnny Depp’s Mad Hatter character from Alice in Wonderland. She also transformed Belle into a Geisha girl from Memoirs of a Geisha and in both films Atwood won Oscars. “…that’s the original, the same cloth that Colleen Atwood used for the Johnny Depp costume… same with Memoirs of a Geisha,” Menta added. 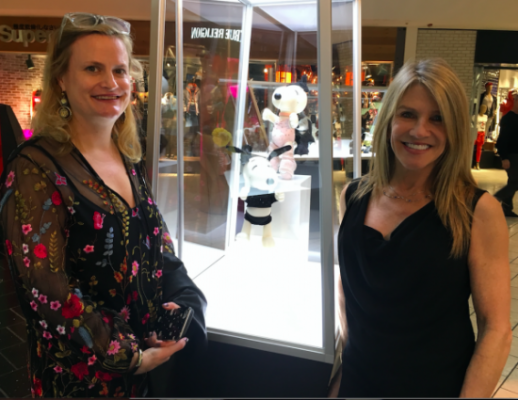 Jill, who is the youngest of Charles Schulz’s children, says that Peanuts has had a huge impact in her life, and now with having children of her own, a fourteen and 18-year-old, she recognizes the influence the Peanuts legacy has had on her kids.

“Snoopy’s been an impact on my kids just by virtue of the fact that their grandfather was Charles Schulz. So it’s been a positive influence. There’s been some exciting things such as the recent Peanuts movie premiere which was fun for them to go to, just special things that have come out of that. But, I think probably the most important thing is the advice my dad—well, actually my dad wouldn’t give me advice because he always told me I wouldn’t take it anyway… He said, ‘No, Jill, you never take my advice. I’ll give you my opinion.’ But, you know he always taught me so much… don’t pursue things for the end result. Enjoy the process. So, I love the fact that I can share what my father taught me with my kids. …I feel both my kids are really grounded as people and they’re very respectful to all kinds of people who are pursuing all sorts of different things and aren’t caught up in the world of only Peanuts or who their grandfather was. That was a big important thing for me to teach them because my dad wasn’t like that…”

To learn more about “Snoopy and Belle in Fashion” or see when they’ll be traveling to your city visit SnoopyandBelleinFashion.com