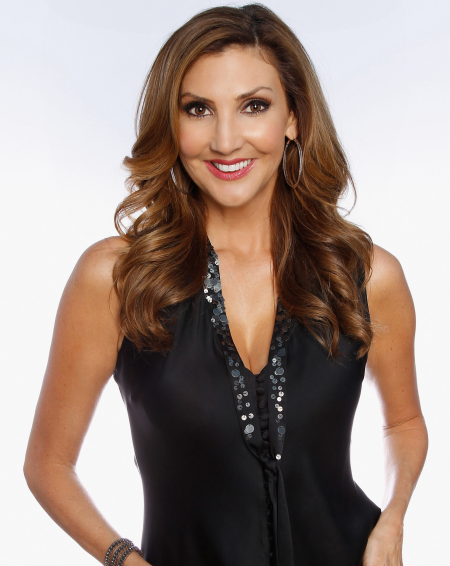 Heather McDonald is one funny mother.  The uniquely talented performer is widely known for her roundtable appearances on E!’s Chelsea Lately and the hilarious E! “mockumentary” series, After Lately, but her innate ability to make people laugh began way before her impersonations and sketches on late night television.  “I was in all the plays and imitated all the teachers. I even had a music teacher who was like ‘I really think you should go and be a stand-up comic.  You shouldn’t even go to college…'” The comedian tells Tinseltown Mom.

Growing up near the backlots of Hollywood in the San Fernando Valley, a Los Angeles metropolitan, it seemed fitting that this natural talent would gravitate towards a career in the entertainment industry but McDonald had other plans. “Actually it was the complete opposite, like there was such a negativity, because we all knew someone struggling… I wanted to be a successful business person and since my parents were paying full-price to send me to USC I was like ‘no I’m going to do business.'”

But with McDonalds raw talent a performing arts career was beckoning. “It was just really one of those things that would give me stomach aches that I wasn’t pursuing what I knew I should be pursuing, and knew I had this God-given talent to impersonate and make people laugh. So, finally when I was like 22, 23 my first job out of college I was an assistant buyer for Robinson’s May and luckily they fired me…”

From then on McDonald pursued stand-up comedy and enrolled in the world-famous Groundlings improvisational and sketch comedy school to perfect her craft, before she got representation and started booking jobs. “Instead of being a waitress or a bartender, I was a residential realtor with my parents, so I was on bus benches and shopping carts throughout my twenties and half of my thirties…  I would be like on a home inspection and the night before I was on a Malcolm in the Middle, and a client would be like ‘Didn’t I just see you?'”

McDonald’s break came at age 27 when she got a writing job on Keenen Ivory Wayans’ late night talk show, but her most career-changing gig came 10 years later. “The Chelsea Lately opportunity came up because I knew Chelsea.  I was 37 and my youngest child was a year and a half and I kinda knew that I should get a regular writing job before it’s too late, and sometimes it is too late.  It’s hard to say that to other mothers because some people get really angry about that (and say) ‘well I chose to stay home with my kids’ and that’s fine but know that it’s going to be harder for you… That’s what’s so great about now.  There are so many funny women who can blog and get a presence…. writers who have come straight out of Twitter, and I think that’s amazing, that’s all great… I didn’t become a nun/martyr. I didn’t give up my whole life, and what I did.  I think that there’s a lot of moms that do that… Like you see on those talk shows where these moms are like ‘I gained all this weight because I don’t do anything for myself.  I do it for my kids.  I don’t exercise and I don’t eat right.’ I just think that’s the dumbest thing I’ve heard in my life… You’ve got to be happy and healthy and feel good about yourself.  How are you going to be a good parent to this kid if they see that you gave up everything when you became a parent?”

Thankfully, McDonald didn’t give up her dreams when she became a mom, because she was an integral part of the late night talk show Chelsea Lately, hosted by Chelsea Handler, and very instrumental in its success. “What was great about it was I was just going to be a writer on the show and when we were prepping the executive producer and Chelsea were like ‘we’ll put Heather on the show, ‘ and then it was never going to be sketches but when they saw that I could impersonate people and I could write sketches we started doing sketches and then it really became a full-blown comedy show.”

Chelsea Lately could be brash, and oftentimes controversial, so we wondered if the comic ever had any regrets from her tenure on the show. “There was one thing and honestly I feel badly, I can’t remember the country. But, it was some small country near Russia and something was going on there, and it became really political where people were saying just awful things about the country and so was Chelsea, and people were really angry, and really wanted an apology from Chelsea… and it was kind of scary.  I was thinking she should apologize, but she really took a stance early on where she was like, ‘I’m not going to apologize for anything I say.’ And I think for her that is an important thing.  It’s not for everybody… For me, I think about what I say. I think about what I tweet.  I’m not as unabashed out there… There was a time that I used the word retarded, when people used to use it, like six years ago.  I had this guy come up to me and was like ‘I really wish you wouldn’t use that word,’ and I said ‘okay,’ and I never used it since. My other friend was like.  ‘Look it up in the dictionary. It doesn’t necessarily mean that you’re mentally disabled. It should be okay…’ And I was like, ‘not if someone’s in the audience, and it’s hurting them…’ You have to adjust… “

The Catholic mom is also forthright about her political beliefs. “I’m not afraid to be different.  I came out as a Republican in 2008 when it was extremely unpopular to be a Republican.  And, I didn’t really realize how detrimental it could be to your career at the time and I just thought people were being dramatic because there was like secret societies of Republicans.  I defend it because I grew up in a home that was very open-minded about people’s life choices.  I always have been for gay marriage.  My dad, who is a Marine, was always for gun control, even when no one even heard of it.  Yeah I was raised as a Republican but you don’t have to go along with every single thing in the party.  But, if you feel it’s more this way, then generally that’s the way I’m going to vote for.  I don’t go with the flow of things and I do stand out.”

Now that Chelsea Lately has ended the TV personality has more time to pursue her passions, like her stand-up and perhaps even her own talk show one day, and although the early ending of the show has been a blessing in disguise, she found out while listening to the radio that it was ending four months prior to the scheduled date. “I had all these great opportunities that are happening right now that I wouldn’t be able to do if the show was going to end in December, which was when the contract was (up).  I was a little bit surprised.  I would have liked to have been told differently after seven years. But… We had plenty of time to prepare and ending early was nice.  I was happy.” 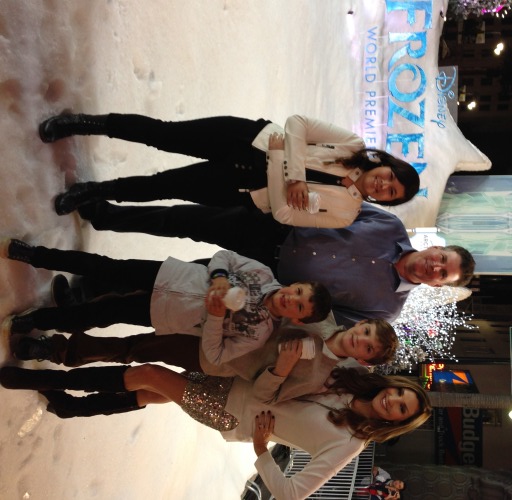 The comedian is mom to sons Drake 12, and Brandon 8 and stepmother to daughter Mackenzie 15, and like most moms she suffers from the proverbial mommy guilt. “I have a lot of guilt and feel like I miss stuff, but they do understand.  They know that this is what keeps them in school and keeps our home.  But also it’s not like I’m a roofer.  It’s very fun for me. Sure, sometimes I complain about it but it’s wrong for me to complain about it because I have a great job.”

As moms, we know that finding that balance between work and family is difficult, and McDonald is not immune to this struggle. We all have moments where we blow it, but those times that we get it right it’s nice to brag. Recently, the funny mother was asked to do a comedy gig out of town, which meant flying on Halloween and possibly missing important family activities the following Saturday, but McDonald told us how she was able to find a balance. “…I trick or treated in my slutty vampire outfit, and came home at like 9:20; changed really quickly; drove to LAX; I got on a plane, next to a baby in a seat that didn’t recline; got there; rested in the hotel room; did my act; got on the first plane out to make the last play of my son’s baseball game, and his party.”

Another aspect of the comedian’s life that keeps her balanced is her supportive husband of over 10 years, Peter. With all the jokes she tells, often at her family’s expense he’s never asked her to tone it down or not tell a joke. “He’s entertained by me.  We don’t have a perfect marriage and I don’t pretend to, but I think that we’re definitely on the same page about a lot of things and we’re really good friends and we have a lot of fun together…”

McDonald is also a published author. Her debut book, You’ll Never Blue Ball in this Town Again, is a New York Times best-seller, and made the #1 position on Amazon’s “Bestsellers in Entertainment” list. She also released a follow up book, My Inappropriate Life: Some Material Not Suitable for Small Children, Nuns, or Mature Adults.

McDonald’s special I Don’t Mean to Brag will be available on DVD in January of 2015. To see the stand-up comedian live, or to purchase one of her books visit HeatherMcdonald.net.