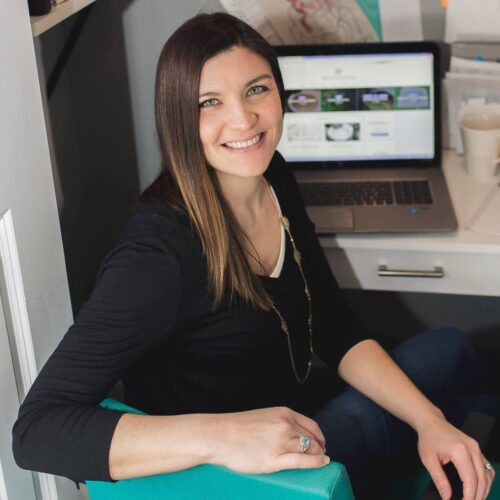 From reporting the local news in Nebraska to co-founding a multi-million-viewership website, small-town raised, Leslie Means, always knew her passions would take her far. Today, Means’ popular motherhood-focused site, Her View From Home, encourages women all over the globe to share their honest stories that oftentimes encompasses faith and family.

When Means was growing up in South Central Nebraska, she had big dreams, but probably never imagined that her God-given talents would inspire a reach of over 2.5 million monthly. But as purpose often prevails, her gifts made way for something bigger than what was in front of her. “You grow up on a farm in the middle of Nebraska, in a very small town, a very small area, but I never felt small. I always knew the world was bigger….I just knew there were more people and more stories and… I couldn’t wait to go out and find those people and those stories,” Means tells Tinseltown Mom.

TV and storytelling were passions of the mompreneur early on, although those desires were realized in an unconventional way. “We didn’t have cable. We didn’t have air conditioning. It was this farmhouse. There was nothing to watch except news in the evening. And I remember my sister… she sat me down in a chair and tied me up to the chair and made me watch the news. In normal situations that would not be fun, but I loved it. I loved watching the news. I was fascinated with people’s stories…”

At 18, Means left the farmhouse and moved away to attend The University of Nebraska-Lincoln, where she majored in broadcast journalism. It was there that she also met her future husband Kyle, who had the same major. After graduation, they got married and moved to Houston where her hubby secured his dream video production job with the Houston Rockets, and she secured her first professional job as a fill-in TV reporter in Beaumont, TX. Only a year in Texas, Means felt homesick and moved back to Nebraska, and her supportive husband followed suit.

After returning home, the TV host landed a job as a weekend anchor for a local station. Eventually, she moved on to morning anchor, where she also produced and edited her own shows. After six years, and with two little girls now in tow, ages 2 and 6 months, Means felt there was another calling on her life. “The gig was great. It should be a dream job. The hours were amazing for TV… from like 6am to 1ish pm…It was a beautiful job, and… I just felt like there was something more for me.”

Means makes no secret about her faith and hearing God’s whispering voice throughout. She didn’t know what it was, but she knew there was another path for her. Before even sending out any resumes or actively looking for a new job, a contact from her local chamber of commerce left her a voice message that would change her life. “I said in my brain, ‘Wouldn’t that be interesting if she had a job to offer me?’ …I called her back and she said she had a job to offer me.” 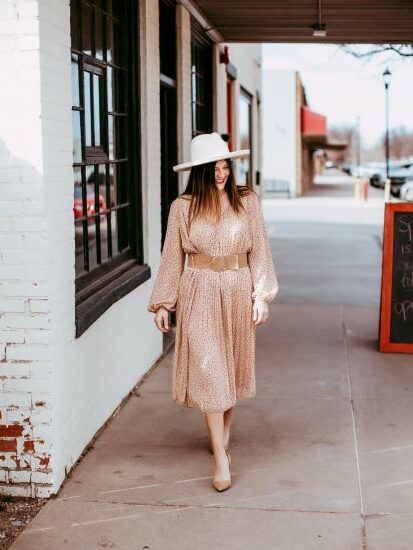 The visionary was hired as the business program director for the chamber. “It was a completely different thing and I’m crazy enough and I took it, and I left TV… the first day I was at the chamber I remember coming home and looking in the bathroom mirror and I started sobbing and I was like, ‘What am I doing?’ I couldn’t even do an excel spreadsheet… I was terrified that I totally messed up… I look back now and know… I had to have those business skills to get to where I am today… Everything led me to where I am now. It made me so much stronger to be able to own a business.”

Means ultimately learned the job and how businesses operate but something was still lacking. “I missed the storytelling piece. I missed the creative journalism television piece. That’s actually when I decided to start Her View From Home. I started it with two other women, an author in town and a former boss at the TV station. We wanted to start it as very similar to the talk show… But it was just going to be online. At first it was just going to be about the people and places in Nebraska. It was going to be a local website… I think I wanted it to eventually be Her View From Nebraska, Her View From Colorado... I remember thinking that the title was so important… It was another God whisper for me…”

While at the chamber, there was an opportunity for a business plan competition and Means pursued it. “…The award was $10,000 and I had no money…, so we applied for this business plan competition… and we ended up winning it, which was huge… They’ve done it years prior and years after and it’s only been $1,000, only one time has the award been $10,000.”

With the benefit of her distinctive background, Means found a way to monetize the site before it even launched. “…I walked into local businesses that I knew, and I told them, ‘Hey, I’m starting this website and it’s going to be a lot like the talk show that I started. Will you give me 50 bucks and I’ll put your ad on our website?’ and they did… So anywhere from 50 bucks to 200 bucks and we put their advertisement on our website… That’s essentially how that part started. …I always knew that we could make money from it, and I think because of that, because I have my media background and I did know how ads work… I knew it was possible…”

After Her View From Home launched, Means continued at her day job, while maintaining the website. “I was still working full time at the chamber and also for a marketing guy in town… …it wasn’t making any money to pay us; it was just making enough to pay our web developers and pay our writers, because we pay our writers for content. A couple of years in, my business partners left…so then there’s just me. I’m still working full time.” 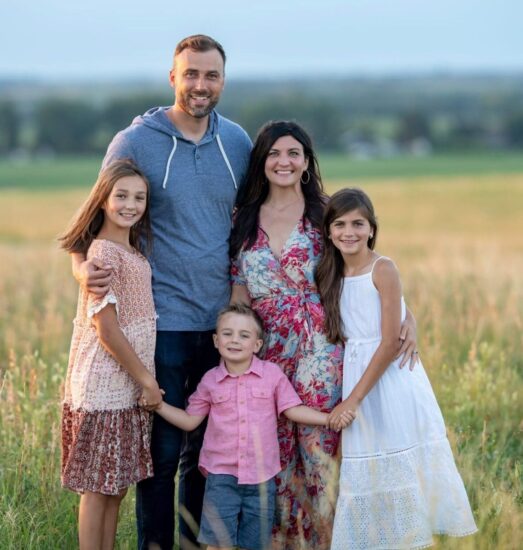 Four years after launch, her husband encouraged her to pursue the website full time and leave her other jobs. It was during that season that she also found out she was expecting her third child. “It’s 2016 and the website is about broke… At this point many would be like, ‘Maybe it’s time to let go of this wild dream and get a normal job,’ but I had so much peace… We refinanced our house… I knew I had about six weeks to try to make it successful. And, not long after that, we got an e-mail from a woman who said, ‘Leslie, I’ve been praying about it. I found your website and I want to share my friend’s story on your website…’”

The piece was about the woman’s friend who died by suicide at 4 months postpartum. That heartbreaking story went viral. “After we shared that piece, the website completely changed… The site was truly never the same after that… We had… 200,000 views that month and it was usually 40 thousand views. Not long after that I was able to hire staff and it really took off… The more views you have on the website the more money you can make, and of course sponsors came in and more opportunity…”

When someone peruses the pages of Her View From Home they’ll glean inspiration about motherhood, marriage, relationships, grief and faith with a strong emphasis on faith, although Means is quick to point out that there are views and opinions of varying thoughts, so she doesn’t want anyone to feel like they are being told or taught how to do something. “What I love about Her View is it is not a biblically teaching type of site. It’s very much a storytelling piece…. But I love giving people the opportunity to talk about their faith if they want to. I think that’s important… We are this middle-of-the-road website… I truly want readers to take away the stories and it to feel relatable in some piece of their life. That’s what’s important,” the mom of three emphasizes.

With running a full-time brand, mothering two girls and a boy, ages 13, 11 and 5, and authoring a new book, the busy mom still finds time for self-care. “…I go on runs. There’s this area of town, it’s really hilly and there’s trees, and I pop in a podcast, or… the Dances with Wolves soundtrack, depending on my mood, and I will just run or walk and chat with God and try to get away from everything for about 45 minutes…besides that, eating cheese and maybe watching Netflix.”

Means’ upcoming book, So God Made a Mother will be available for pre-order fall of 2022, and she’s grateful for the additional reach that the book will bring. In the meantime, she sees the blessing with Her View From Home, and understands the collaborate dynamic that has made it what it is today. “It’s written by all these women from across the globe. We’ll never know how these stories are changing lives…”