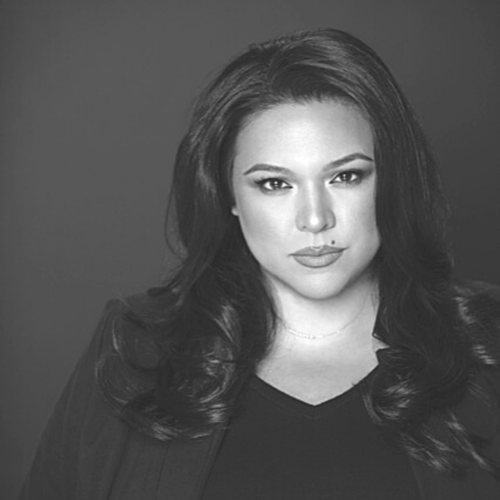 Passionate and driven since youth, Jennifer Rosales had success written all over her future. After securing a high-profile assistant job to singer Robyn “Rihanna” Fenty and working her way up to Senior Vice President of Fenty Corp, the mega brand founded by Rihanna, it was evident Rosales possessed qualities necessary for success. Fenty Corp includes Fenty Beauty, Fenty Skin, Savage X Fenty plus The Clara Lionel Foundation (CLF), a nonprofit that supports and funds education, health and emergency response programs around the world, and this boss mom oversees the entire brand.

You’ve probably seen Rosales sitting courtside at NBA games with Rihanna or strolling red carpets with the singer at the Grammy Awards, or perhaps you’ve recognized her from one of the pop star’s Instagram posts, but let’s be clear, her job is far from the glitz and glamour shown in highlight reels. She’s paid years of dues to get to where she is today. Rosales graduated from Cal State Northridge, with a degree in communications and an emphasis on radio television and film, however her passion for music was birthed before college. “When I was in high school, like most kids, they’re obsessed with music, but I was super obsessed, and I always wanted to do something in music, but back, 20 years ago, the Internet didn’t really exist how it exists now, and the amount of information just wasn’t out there so I had no clue…” Rosales tells Tinseltown Mom.

Although the VP is not an artist herself, music still holds affectionate memories for her. “I was in choir and to this day karaoke’s my jam… Music triggers memory and we’re Latin so I grew up with the salsa and merengue, then on my dad’s side he’s Mexican (her mom is Costa Rican), the mariachi and banda. It’s just this powerful music and I grew up in the 90’s so music was just everything to me… My favorite thing is live performances and I’ve been on 3, 4 world tours with Rihanna and my favorite part of anything I do is watching her perform, and I can watch her perform the same show every single night and I’m front row, and I literally know the choreography on everything at that point, but I just love it, I just love watching artists perform. It’s different every time, even if it’s a choreographed show… and that’s my favorite… what drives all of it really.”

While trying to finish college, and music a passion of hers, Rosales pursued an internship with a record label, but had no leads in site. One day she was moping around at her bartender job and her colleague asked what was wrong. “I need an internship at a record label,” she confessed. “Let me hook you up with my uncle. He works at Motown,” her co-worker kindly suggested. And that’s where it all began for the young visionary. She secured a coveted internship at Motown, remained a fulltime student, plus she continued her bartending job. And even with her full plate, she took a part-time role working at KIIS-FM radio station. She was part of “the street team,” going to parties, hosting events, giving away prizes, plus more. She was there for 3 years and loved it. After graduation, her internship offered her a job, which she took, so she transitioned out of her bartending position, but continued to work at KIIS-FM on the weekends. 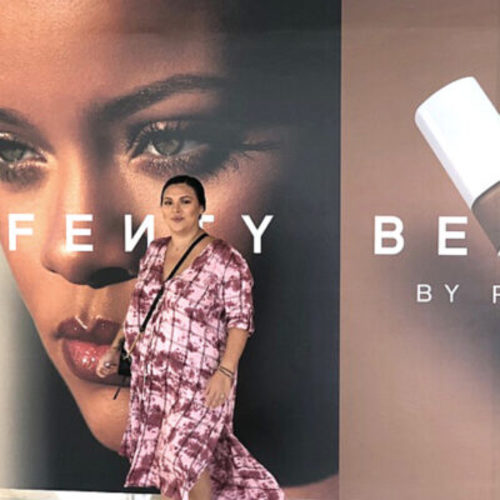 Carrying an extremely full workload, she eventually left the radio station and was able to focus on her job with Motown, where she worked for the Senior Vice President. “She was this woman, who her whole team were all men. And that was my first real introduction to this corporate world in the music business and to see this boss woman just boss up on all these men every day… What she taught me those 2-3 years that I worked with her, I still use, and I’m still sort of in that world today… and she was also a mom… She would get it done from 9-3 and then she was out on the dot everyday like at 2:50 to go pick up her kids and then you would see her firing off e-mails at around 8 or 9pm and that’s literally my schedule right now.” During that time, Rosales reckoned with the fact that she always wanted to work for the artist and ultimately decided corporate wasn’t for her. She left Motown and secured a gig as the West Coast assistant for Rapper Nas, and his wife Kelis, at the time, eventually being their assistant everywhere they went. The role and demands became challenging, and the realization came to her. “I don’t think celebrities are for me either,” she laughs. Never taking a break and working and hustling since college, Rosales decided to take several months off to reflect on what she really wanted to do, and even asked herself, “Man, is the music industry really for me? Because this is really intense…” Her agent, at the time, offered her interviews and even jobs during her hiatus, but she turned them down because it just didn’t seem the right fit.

One day she was at a funeral with a friend, and they were sitting in the lobby waiting for it to start. The Video Music Awards was on. “It was the VMA’s where Rihanna performed with Jay-Z… that’s when she had just released Umbrella, and she was performing and I thought, ‘look how cute she is.’ And afterwards they interviewed her, and I thought, ‘man she has a great personality, she’s down to earth’ and I said, ‘you know what, if I went back to work for somebody, I would work for her.’”

A week later, in 2008, her agent called and said she had a confidential interview for her with a 19-year-old artist, but Rosales was not interested if they wouldn’t disclose the name. “So, she came back and said, ‘they agreed to reveal the name and it’s Rihanna,’ And even then, I said ‘I don’t know, she’s only 19…’” She decided to take the interview and was at a hotel all day with Rihanna’s entire team, meeting with one person after the other, then finally met with the superstar. “And they called two days later and said, ‘you’re hired as her assistant,’” Rosales says. “I came on the week she released Umbrella, so you can imagine the whirlwind that was her life after that. That track was #1 for 10 weeks in the UK. That was record breaking at the time… We went everywhere… I didn’t come home for 6 months. We were on this promo tour for her record.” 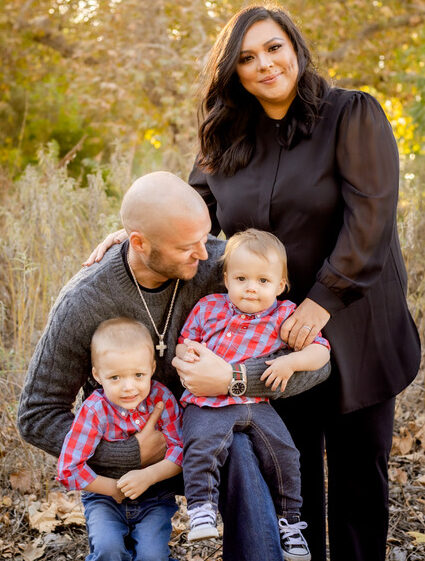 Rosales, who’s also mom to two toddler boys, ages 2½ and 1½, worked as Rihanna’s assistant for 9 years. “…My role started as an assistant and over the years it just really evolved, and by my 9th year, I was doing so much more and that was when I said, ‘ok, I’ve been doing this for a long time, the 9 years on the road really takes a toll…” She wanted to have kids with her husband, whom she had also been with for 9 years at the time. “I didn’t have any kids yet, but I was leaning into that… I knew that I couldn’t continue that lifestyle of on the road and all that…” Rosales and Rihanna talked, and the singer agreed that it was time for a change.

Rosales says Rihanna has always been encouraging of her career, and today the supportive boss is one of her best friends, and the singer even secured a bridesmaid’s spot in Rosales’ wedding. “She’s family now. She’s the godmother to my two kids and she’s always looked out for me. It was more of just the timing needed to be right. The projects needed to be ready to go so she could put me on it. That’s why it took that long… She was always looking out for me…” The VP left the road for the office and started managing projects. At that time Fenty Beauty had just launched, and then came the Savage launch. She was promoted to Senior VP two years ago, and now she oversees the entire company.

Like many can attest to, having a demanding career poses difficulties for a mother, and Rosales is no exception. “The most challenging thing… is finding your balance. It’s how do I give myself fully devoted every time I’m somewhere? So, if I’m with my kids I’m fully present and with my kids; if I’m at work I’m fully present and at work; if I’m with my husband I’m fully present and with my husband… You’re busy all the time, there’s always going to be something you need to do, but it’s not fair to my kids to be with them but still be on my phone shooting off e-mails 24/7… It’s structuring my days so that everyone gets what they need from me.”

Structure and education seem to be traits Rosales is good at. In all her years working for Rihanna, she’s not only acquired invaluable insight from her boss, but everyone around her, PR, marketing, project coordinators. You name it, she’s learned it. “She’s [Rihanna’s] a powerhouse of a CEO… She’s super smart. So, it was learning from her. She has an amazing management team, and it was learning from them…It’s that ‘street education’ you combine with your college degree that takes you to the next level.”