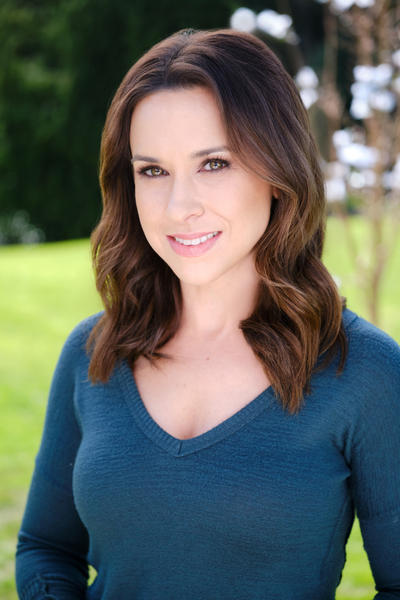 Lacey Chabert has been designing her brand since her competitive pageantry days as a toddler in the deep south of Purvis, Mississippi. Singing at church and performing in school plays were essential accompaniments that paved her road to Broadway as a youngster in elementary.

But before her Broadway debut, Chabert’s parents relocated the family from Purvis to Manhattan for what they thought would be a brief move, but as talent often beckons, that shuffle led to bigger and brighter things for the actress. “My oldest sister was pursuing things in the business and was also a singer and modeling, and I auditioned for a commercial and got the commercial, and one thing led to another,” Chabert tells Tinseltown Mom. That next thing eventually led to her big Broadway break.

At just 9 years old Chabert secured a role in the iconic musical Les Misérables, and she recalls those life-changing days with fondness. “I had the absolute best memories from being a part of that show. I still listen to the music all the time. I still have a dream of playing older Éponine at some point in life. I love that song, ‘On My Own…’ There’s nothing like live theater. It’s such a thrill.” After performing with the show for 2 years she landed a gig on the long-standing soap opera, All My Children. Soon she was cast in the television series Party of Five and that’s when the family picked up and moved to California.

While Chabert has had a long and successful film and tv career since, over the past 10 years she’s best remembered for her endearing Hallmark movies, where she’s built an empire, starting with her first film with the franchise, Elevator Girl, a modern romance about a successful lawyer who falls for a working-class girl. “When I first read Elevator Girl, I just thought it was so sweet and charming and little did I know, here I’d be all these years later about to start my 30thHallmark movie.”

Her latest Hallmark film, Christmas at Castle Hart, is currently streaming, and the actress stars as Brooke Bennett, a recent divorcée who goes to Ireland for Christmas to search for her Irish roots. While there, she meets Aiden Hart (Stuart Townsend), the Earl of Glaslough in a pub, and is mistaken for an elite event planner, who’s eventually hired to host his castle’s epic Christmas party. “We filmed entirely in Ireland, so you’ll get to see a lot of the beautiful countryside, the beautiful castles. We actually got to stay at Dromoland Castle, which is where we filmed part of the movie… It was such a treat to stay there. I felt like I was living and waking up in a Hallmark movie… The goal is to always make the audience feel like they’ve packed up their suitcase and gone along with us…” 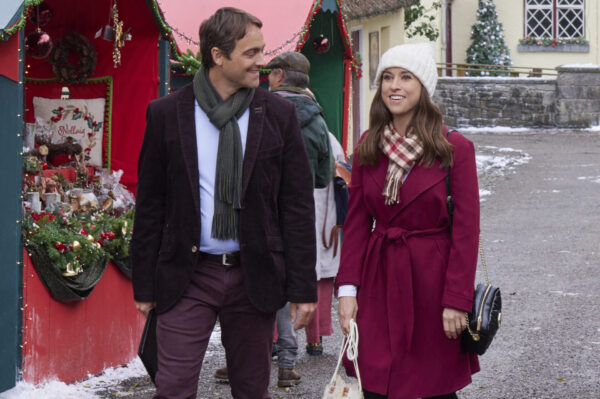 Chabert’s face has been a staple in living rooms and for the past several years she’s lent her talents to films the entire family can enjoy. “It has become growingly important to me to be a part of stuff that my daughter can also watch. I’m an actress and I want to play all types of different characters and different types of stories and I’m excited to tell different stories but I’m really proud of the fact that all of the work that I’ve done with Hallmark is something that my little girl can also enjoy.”

Married since 2013 to David Nehdar, Chabert became a mom in 2016 thanks to her 5-year-old daughter Julia Mimi Bella, and even with a demanding career she’s clear on her priorities. “When they say the juggle is real, I feel it. She is my #1 priority, and she is the light of my life, and I just couldn’t love her more, but I try and balance it all, and some days are easier than others, but I’ve learned to really ask for help and support. And my husband is wonderful in providing that and I have a great group of friends and family who also help. We just all travel together for the most part. …but at the end of the day she is the most important part of it all, and I try to make decisions that always have her best interest at heart. But all of us parents… It’s really a job that you learn while you’re doing it and you learn from your mistakes, and you learn how to do things better and the needs of your family change as time goes on and we’re just navigating it together.”

Chabert films 4-5 movies a year and while her plate is full, that doesn’t stop her from practicing self-care. “I think being a mom has really taught me how important it is to take care of yourself so that you actually can be there for other people. I have a tendency to wear myself too thin sometimes and over schedule. I’ve really learned to take a minute whether it’s simple things, maybe working out or taking a bath, or doing a face mask, small things… watching a show or having a great conversation with a girlfriend. There’re so many things you can do to take care of yourself and it’s so important… and you can be there 100% for other people. That’s the beautiful lesson that motherhood has taught me.” 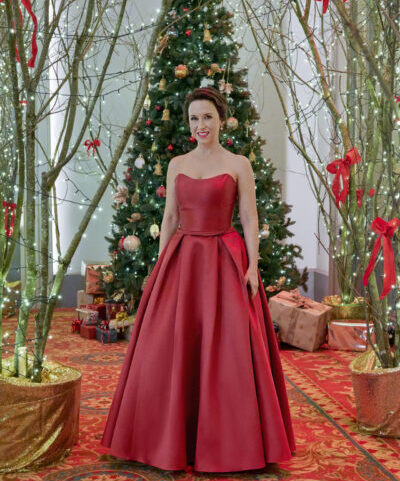 And with her favorite holiday, Christmas, being around the corner, the hands-on mom is always eager to share her holiday traditions with her daughter and they even create new memories together. “…elf on the shelf, our elves are getting ready to come, they do all kinds of fun silly things around the house so that’s always entertaining; we bake, and we listen to Christmas music, we drive around and look at Christmas lights and all these beautiful light shows that they have in our neighborhood, and wrapping presents. It’s such a festive time…”

The talented actress has had a prolific career since her early theater days, however, that doesn’t stop her from considering a Broadway return. “I would love to. It’s so exciting. The thrill of being in front of a live audience and making them feel like it’s a new performance every night, it’s just a thrilling challenge and I would love to if there’s ever the right opportunity.”

Chabert can currently be seen in Christmas at Castle Hart; her next film, Wedding Veil, premieres January 8th both on the Hallmark Channel.