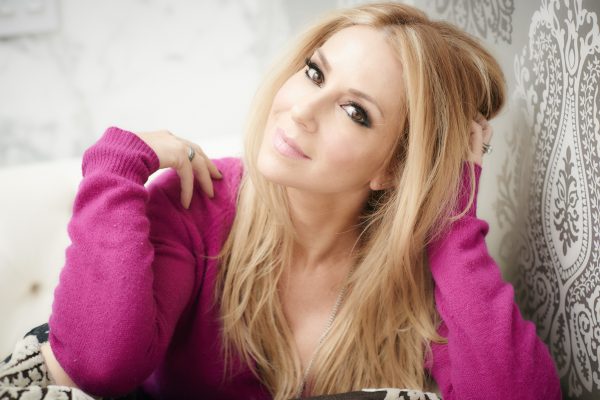 Stefanie Fair is a hard-working mama. With four kids ranging in ages 9, 8, 7 and almost 4-years-old, we were thrilled the former child star carved time out of her full schedule to speak with us. Fair is one of six women featured on There Goes the Motherhood, Bravo’s freshman reality series which stars six mothers who embark on an eight-week parent education course guided by parenting expert Jill Spivack. “Part of the reason I wanted to do it was to open the conversation of motherhood, and try to talk about the things that people don’t talk about…,” Fair tells Tinseltown Mom. “For people that can’t get to mommy groups or don’t have that support system to maybe learn something… and also laugh because I think as moms I need to laugh and have a place to vent, and I was hoping it would make girlfriends watch the show and talk and vent and get it out…”

There Goes the Motherhood exposed difficulties many moms face, but aside from mommy talk Fair’s insecurities were heavily spotlighted during the course of filming. One would never conceive that the child actress and singer would have any trepidation when it came to performing. In the 80’s she appeared on popular TV shows such as The Facts of Life, Blossom and Married with Children and in the 90’s she was in the popular girl group Wild Orchid, once hailed as one of the “Best Girl Groups of All Time” by UsWeekly, which she formed with Grammy nominated superstar Fergie. The ladies toured the globe with Cher, Cyndi Lauper, and N’Sync. “I think that when I was younger I was really fearless and when you’re young you haven’t really failed yet, and I had this attitude that ever since I was 3-years-old, I was like ‘I’m going to be a star; I’m going to be a singer; I’m going to be an actress; I’m going to be a dancer.’ I had no fear. I didn’t know the reality of the business part of it, and I think what happened in Wild Orchid over those 11 years is that I grew up; I worked really hard and had success but not the success I wanted. I learned like ‘wow, I don’t have things in my control’ and even if you’re great, it doesn’t mean you’re going to be successful and there’s other people that are the puppeteers of your career and you don’t have control over that and I kind of became more pessimistic and I think when you’re an artist you have to believe that magic is possible… I became too jaded…” 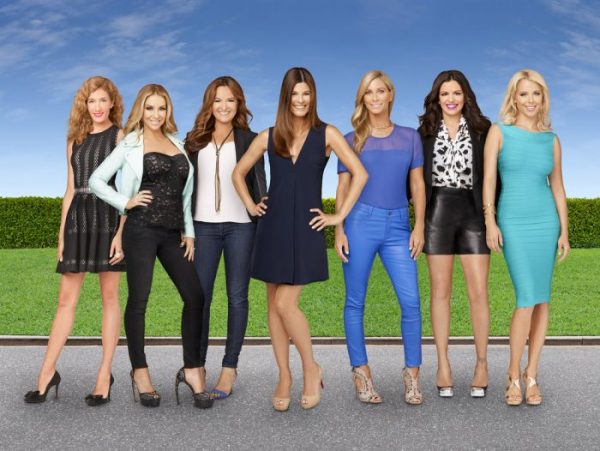 Although difficult, Fair went through a meaningful journey that challenged her in unexpected ways. “It’s interesting because having been an actress and in a band I had never been on TV as me in real life. Even in the group I felt I had a role. It wasn’t like Stefanie Fair raw and just kind of like there… I definitely didn’t go on the show to talk about music. Every time it would come up I would get very uncomfortable and I think that the production company of Bravo saw that vulnerability in me, and my husband and Jill saw that this is something that was holding me back, so they kept pushing me. I kept saying no, no, no and I finally realized this is something I need to deal with and I became more open to it, and in the end I’m really glad because I really did learn a lot…”

Fair realized when she faced her fear of performing in the end it helped her as a mom, as an artist; and life in general. “…when things scare me, you have to look at why are you afraid and what are you really afraid of, failing or people judging? Well, I was just on a reality show so I got over that fear and you know I’m the kind of mom who leads by example and I have these children. I don’t want them to ever not do something because they are afraid and so I really kind of remembered that I do love to sing and that singing to me can mean a lot of different things. It doesn’t have to mean platinum plaques on the wall and being a recording artist. It could mean putting out music, inspiring people, having a message, using this platform to inspire and help people and in turn that’s what really makes me feel good.”

After Wild Orchid, her bandmate, Fergie, went on to achieve mega stardom, a feat people often ask if Fair desired for herself. “…Fergie is like a little sister; we’re family. We grew up together, we went through 11 years of Wild Orchid together. The thing that I admire about Fergie, which I didn’t have at the time when the group broke up, she had a clear vision that she wanted to be a solo artist. She had a clear vision of who she was as an artist. I did not have that. So, when people say, ‘you could have been that,’ I say no because at that point in my life I didn’t want to hustle; I wanted to create a slower life and rediscover who I was and I didn’t have that passion anymore… She deserves everything that she’s gotten because she never wavered…” 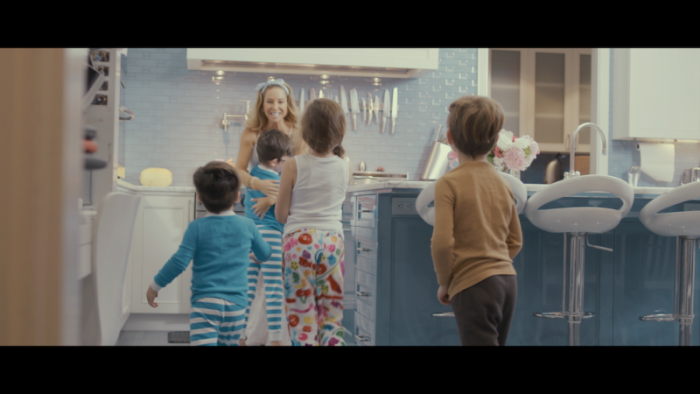 Another very remarkable highlight of the season was that Fair showcased her talents by co-writing, along with songwriter Steve Diamond (Britney Spears, Miley Cyrus) and performing an absolutely beautiful song and video, “Better Version of Me,” in which she featured her four stunning children. “…putting out ‘Better Version of Me’ it wasn’t so I could have a number one on the Billboard Chart. I put it out because it was full circle with this journey that I went through on the show. It is my message, my mommy mantra. I really want to create and inspire and I’ve grown a lot to know that taking that expectation off of things it relieves that pressure that I always had on myself. I always had to be the best and number one and I’m teaching my children that too. We’re in the game, and you know what, be your best, be the best version of you, some things are out of your control.”

The music gene runs pretty deep in the Fair household, the versatile performer is married to six-time Grammy-nominated producer, Ron Fair, who’s known for guiding the careers of many established artists such as Christina Aguilera, Vanessa Carlton, Keyshia Cole, the Pussycat Dolls, The Black Eyed Peas and Fergie. “… the wonderful thing about being married to my husband is probably we’ve known each other since I was nineteen, because he signed our band… He was my mentor, my teacher before we fell in love… He always pushes me but never to this extent until this show happened. He realized I needed to go through this to open up other doors for me… I’m blessed to have him in my life…”

So, what’s next for Stefanie Fair? She’s definitely hoping for a season two of There Goes the Motherhood. She also continues to cultivate her songwriting and has written for various film projects, and noteworthy recording artists like her childhood friend Fergie. She’s very optimistic about what lies ahead and doesn’t limit herself. She’s even open to more acting opportunities. “I’m not going to hold myself back… I’m excited about the future.”

To watch episodes of There Goes the Motherhood online visit Bravotv.com