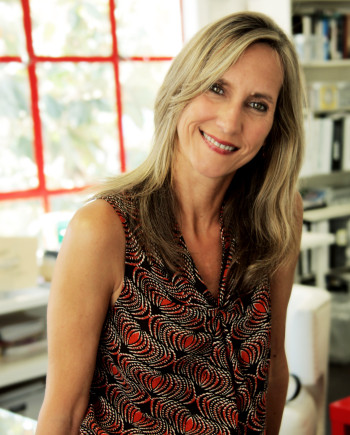 Dana Stevens is a commanding force in Tinseltown.  She may not be a recognizable face onscreen, but behind the scenes she’s making magic.  This Hollywood heavyweight has written an assortment of motion pictures that are not only divergent in genre, but memorable in quality.  Her titles include the horror film, Blink; fantasy romance, City of Angels; sports drama, For the Love of the Game; and the adaption of Nicholas Sparks’ romantic novel, Safe Haven.

And, Steven’s resume doesn’t stop there, her cinematic pedigree extends beyond her illustrious film career.  Her TV show, What About Brian, introduced her to the small screen audience in 2007, and with her new CBS Soap, Reckless, due to air this summer, we’re expecting original entertainment at it’s sexiest.  It was our sincere pleasure to speak with the filmmaking master, who talked about everything from her early acting days, to balancing television, film and motherhood.

You began your Hollywood career by way of acting, how did you make the transition into writing?  I was a Theater Arts major at UCLA and at that time one of the required courses was Playwriting, and once I took that class I didn’t stop. I took Advanced Playwriting, wrote a play on my own, then had two produced plays at school. I had a lot of encouragement, plus my boyfriend was a writer and wrote Bill and Ted’s Excellent Adventure so I was seeing his career take off.  In the back of my mind I always had this… ‘maybe I should try this writing thing.’

And, how did the writing progress from there?  I became a script reader.  That’s what I did for money, and I started thinking ‘these are terrible. I can do this.’ I had my feet in both worlds, and I remember a real key moment was when my acting agent went out of business and I had to get a new agent.  I was literally going to Disney to have a meeting with the Vice President of Production as a writer, and I was getting hung up on by receptionists in the acting world; and I just thought the Universe is trying to tell me something. I am going to commit to being a writer.

What was your breakthrough writing moment?  After college I decided I would try writing screenplays, and my second screenplay got optioned at Disney.  At the time it was a division called Hollywood Pictures which was under Disney.  I was running up my credit card bills and I really wasn’t doing well financially or even career-wise, per se, but I kept writing scripts and I got a lot of feedback that I was getting better. Eventually, I got a pilot [as an actress] that starred Jackée and Milo O’Shea, and it was a Working Girl spoof.  I was cast as Jackée’s best friend… And, I got paid, which was to me a lot of money, and I said to myself ‘before this money runs out, I’m going to write a screenplay that’s going to put me on the map.’ And, that’s what I did.  I wrote this movie called, Blink, which turned out to be the first movie that I had produced.  It was a scary thriller, and a lot of people thought I was a man, including the director of the film, Michael Apted.  I thought, well if they thought a guy wrote this then I must have made it as tough as possible.

That’s actually a compliment.  The movies you’ve written are so diverse.  Did you purposely seek to cross every genre?  Once I had become the new woman thriller writer at the moment, I thought ‘I don’t want to only do that.’  But, I got another job writing a thriller, and the producer on that film, Amy Robinson, said, ‘what do you want to write?’  And, I said I wanted to write a big love story like The Way We Were. So, the next big job that I took was For Love of the Game, and that really put me on the map.

And, your career REALLY took off after that.  Tell us about the evolution of your next project.  City of Angels came after that, which was funny because I really wanted to do City of Angels. I love Wings of Desire, which is the Wim Wenders film that it’s based on, but I was kind of naive because I had no clue that people would look at it as Wings of Desire is sacrosanct and you shouldn’t be adapting this into an American commercial film.  I got a lot of blow back from that that I didn’t expect at all, but Wim Wenders liked the film, and I really feel like City of Angels is based on a variation of a theme, not a remake of Wings of Desire. And, it happens to be my most successful film, so I’m really glad I did that job.

You mentioned that you worked with Michael Apted on Blink, and your relationship progressed from that film and you got married, right?  Yes, I married the director. (Laughs) We’re divorced now, but we were married for ten years and have a beautiful son together, John, who’s 14.

Didn’t Michael direct one of the episodes of your upcoming TV show, Reckless?  Yes.  I’ve done two TV Shows, What About Brian and now Reckless, and Michael has directed an episode of each of those shows.  We get along great and I really admire his talent and honestly, it’s such a great coup to be able to get someone with his experience. 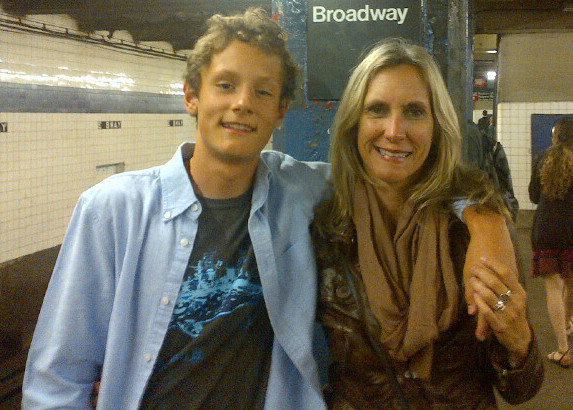 Does your son, John, have any ambitions to be in the entertainment industry?  I’ve come to realize there’s a little bit of a burden on kids who grow up in the entertainment industry because even if they have that desire to do it I think they feel more afraid to do it because they see that their parents have been successful and they’re scared they won’t measure up.  I’ve asked my son if he’s felt that way and he’s said he does. But, he’s in a young teen boy’s life where he’s not quite sure what he wants to do.

So, would you encourage acting if that’s what he wanted?  Well, it’s funny, when I was pregnant with John I said to him in my belly all the time, ‘be a scientist; don’t be an actor.’ (Laughs) But, the real truth is my son would be an amazing actor. He has a tremendous emotional IQ; he is tremendously emotionally connected to things. 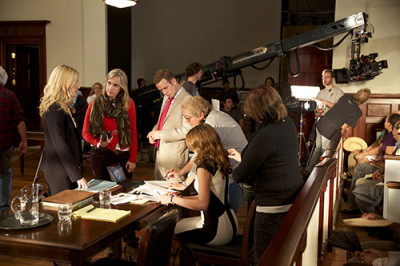 Dana Stevens on the Set of Reckless

How do you balance the long hours on set with finding quality time with John?  I’ve only done two TV Shows and they were seven years apart, and part of the reason that’s happened was because when I did the first TV show I saw that I couldn’t be with my son as much and I thought ‘I need to get back to movies’ because I can make my own hours, at least.  But, when I decided to do TV again.. this time I have three other executive producers involved in the show.  I have a co-showrunner, who’s a writer, who also has kids, and he and I are really able to tag team those late nights. Then we also have two producers who are not writers who can really handle a lot of the set dramas.

Which is also a common theme with your new CBS drama Reckless. Tell us about this show.  Well, I’ve been fascinated about how people behave recklessly.  And, not only do they behave recklessly, they put it on video; they take a picture of it; they tweet it. People literally will throw their careers away for a sexual escapade.  I was really looking to find a story, or a world, that could let me explore that theme and I came up with this sex scandal in the police department which would pit two lawyers against each other; the city attorney who’s defending the city, and a woman lawyer who’s defending the female cop who’s suing the city and police department for sexual harassment. I thought, wouldn’t it be interesting if these two lawyers, a man and a woman, are in the biggest case of their careers, but they are incredibly attracted to each other. In the ethics of law, if they get involved during this case then it will ruin their careers, and I thought here’s my chance to explore this push and pull.

What are some things that set Reckless apart from other shows out there?  The first thing is the southern setting.  There’s never been a show set in Charleston.  It is a spectacular place, literally steeped in the biggest history of our nation.  It’s history that’s both shameful and beautiful. It has every hot button issue in our society. Political, racial, economic is all very much alive in that city.  I think we’ve been missing shows that are gritty soaps; that are set in a real world.  Shows like NYPD Blue, even before that, Hill Street Blues where the city world was very real, and the issues we got to deal with were real, but we were looking at people’s personal relationships inside that, and we were falling in love with these characters. And, they were being put in life and death situations, and I feel that Reckless is a show that gets us back to that kind of world.  This show is very sexy and romantic.  I think the key to a good show is falling in love with the characters and wanting to be with them every week.  I hope that we’ve hit that mark here with our casting.

As a mother and a professional, Dana Stevens has definitely hit the mark thus far.  And, if past performance is a true indicator of future success her new series, Reckless, will be an extraordinary feat.