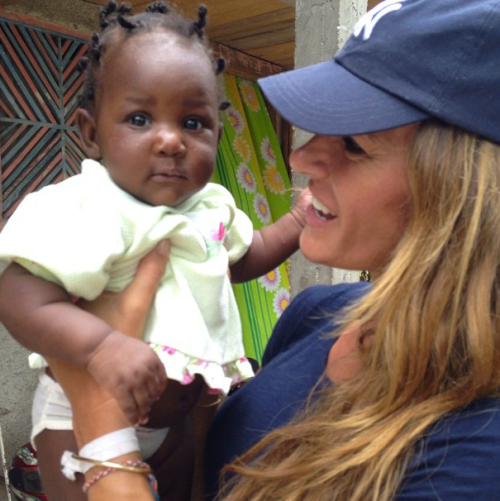 It’s a startling statistic, but over 768 million people don’t have access to clean water. Generosity.org is on a mission to change that.  In just five years this incredible organization has raised more than 3 million dollars to bring clean water to over 340,000 people in 19 countries. Their goal, to set up wells in villages that are protected from contaminants and organize water committees to distribute and safeguard this water. Generosity’s global reach has made a difference in the lives of millions, and former, The Real Housewives of New York, star, Kelly Bensimon is all in with this extraordinary group. Having been on five mission trips to Haiti, she’s dedicated her time and resources to being a part of that change.

The proud mom to daughters Sea, 16, and Teddy, 14, seemed to have had philanthropy running through her blood early in life, whether through working with the Red Cross as a teen, or donating her resources to various charities as a young adult.

“My uncle was the head of USAid, so growing up I always heard about all the horrible things happening in Haiti and Africa.  When I was with Housewives, obviously there was so much devastation happening in Haiti…So, it was always in the back of my head, ‘Why can’t Haiti be prosperous like the rest of the Caribbean, in that part of the world?'”

It was during that time, four years ago, that she met the CEO and co-founder of Generosity.org, Jordan Wagner.  “He was telling me all about the water initiative and I was really impressed that this small group of people was making such a huge impact, especially in a place with so much devastation like Haiti.”

Since then, Generosity.org has made an even bigger impact.  They’ve installed 131 wells worldwide, and because of their commitment they’ve relieved burdens among thousands of people.  The lack of clean water and sanitation causes 80% of all sickness and disease in the developing world, affecting more people than war, AIDS, and famine combined.  On average, women and children in the developing world spend 4 hours each day collecting water.  Providing access to clean water unleashes the freedom to work, learn, grow, and dream, and allows women get the same opportunities as men. 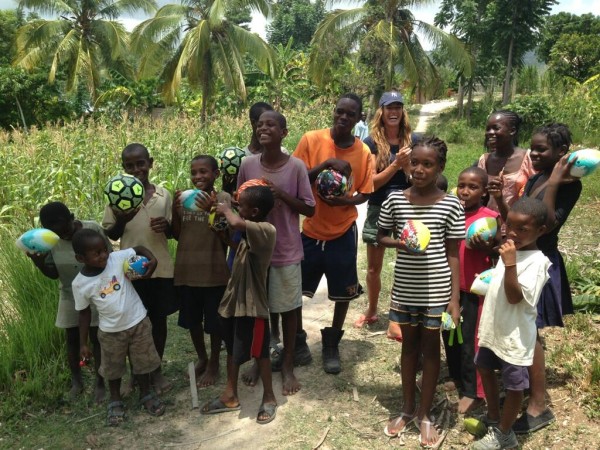 When asked if being on Housewives has helped bring more attention to the water crisis, Bensimon shares a flashback. “I was sitting at the reunion and all these women were cackling about nonsense and all I could think about in the back of my head… if it wasn’t for this show I would never have the opportunity to go to Haiti. It sounds weird but it was a powerful moment for me. I had to endure some crazy women, but I got to go to Haiti and do some great work.”

She even had the opportunity to bring her oldest daughter, Sea, with her to one of her many trips.  They visited orphanages, and kids with disabilities, and she was moved by the empathy that her daughter showed to the children in need.  One day, the heat got to Sea and she became nauseous and started throwing up. The kids in the village were so gracious and helped her through her sickness. “Out of something bad, came something good.  It was a beautiful moment for her,” Bensimon fondly remembers.

In addition to her humanitarian efforts the fit mom strives to keep her kids as healthy as possible, and maintains a wholesome lifestyle. She speaks at length about it in her book, I Can Make You Hot!: The Supermodel Diet, where she says really…eating is the key, and offers tips for satisfying your cravings without sabotaging a strong, healthy body. She also wrote three other books, In the Spirit of the Hamptons, American Style, and The Bikini Book, and the beautiful philanthropist donates proceeds of her publications to charitable organizations, including Generosity.org.

With all of the philanthropic work and business endeavors that Bensimon is involved with, nothing is more important to her than being a mother.  Bensimon’s a single mom and shares one of the many challenges of being a single parent. “The fear of not doing it right, because you have no one to talk to about it.  You don’t have that father figure to say, ‘Am I doing this right?’ It’s just you 24/7, 365 days of the year, so I don’t have that sounding board or that person that’s like, ‘let’s think about this and figure out how we’re going to do this…'”

Along with being a model, reality star, author, designer and philanthropist, the mompreneur has a fragrance, In the Spirit, and just created a brand of candles called Baiser, which is French for kiss.

Asked if she would ever do a reality show again, Bensimon seems to be onboard with the idea, “Yes, I think that my life is more interesting now that my kids are older and I’ve gone through all these different experiences…  I would definitely do another reality show.  I’m not sure if I would do an ensemble cast though.  I had such a bad experience for two seasons that I don’t know how I’d feel about that.”

Bensimon understands that fame and fortune are often fleeting, but she’s ecstatic that her celebrity has brought more awareness to the Generosity cause.  “I said at the reunion, ‘paint me green, make my hair orange, do whatever you want, but just allow me the ability to have a strong name so that I can implement change.'”

Change is definitely something this former reality star and loving mother is not afraid to do.  We applaud her selfless efforts in bringing awareness to the world’s clean water crisis. If you’d like to join the cause in helping with the clean water effort, please visit Generosity.org to see how you too can make difference.