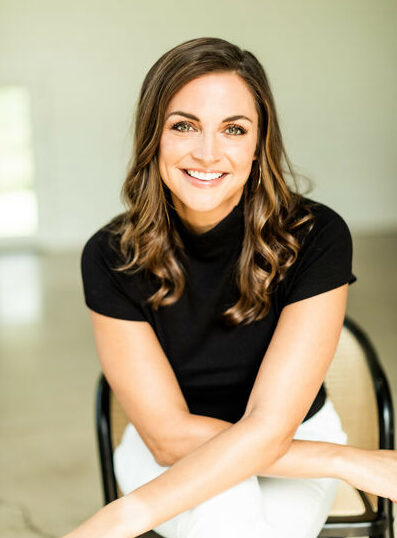 If moms thought they needed to carry life’s burdens on their own, broadcast veteran Paula Faris is here to dispel that narrative. And, after a series of fortunate and unfortunate events, the working-mom ally is able to see that picture with better clarity, all while stepping out of her safe space into her new venture, CARRY Media™. “I’ve long had a burning desire to advocate for working moms…so, I asked God to make it really clear if it was time to follow that call. Risky? Yes. I’m not an entrepreneur. Unexpected? Yes. The safe and expected choice would have been to get another job in TV…” Faris tells Tinseltown Mom.

The Emmy Award-winning journalist’s distinctive gifts were identifiable from childhood, as her high school drama teacher encouraged her path toward broadcasting. “But even then, never did I have Barbara Walters-esque aspirations. I simply went into broadcasting because a trusted mentor encouraged me to,” the mom of three admits. “My nickname was ‘Paula 20 Questions’…I was always innately curious, borderline annoying…” Faris continues.

With a cornfield in her backyard, Faris was raised in a small, hardworking town in Jackson, Michigan. “…helicopter parenting didn’t exist. We came home for lunch, then, went back out again until dinner. Saturdays were reserved for Michigan Wolverine football. It was a good life…” Faris eventually graduated from Cedarville University with a bachelors in broadcasting. “My first job in the field… was at a video production company. But, the pay was so low, I had to clean apartments and work at Arby’s.”

Her talents finally made its way on the air through sports anchoring and reporting and, in 2011, the correspondent procured her path to the newsroom when she found a home with ABC News. That led to high-profile roles on The View and Good Morning America Weekend, until she decided to walk away in 2018. “I resigned from those positions because I never felt like I was nailing it at work or at home…because of the impossible expectations and contradictions on working moms. I really felt God was calling me to slow down…but it wasn’t until I went through a really tough season that included a miscarriage, concussion, head-on car crash, influenza and pneumonia that I was brave enough to slow down.” Faris, who’s outspoken about her Christian faith, says that she knew that if she didn’t slow down on her own God would have to do it for her, which He ultimately did.

After her high-profile resignations, Faris maintained a more balanced role with ABC News from 2018-2020. “I needed my life back. I needed to work Monday through Friday…so, I asked to become a General Correspondent, which was a demotion. But, it was a chance for me to spend time with my family and slow down, a bit.” But, as life challenges often happen, in 2020, she got some unexpected and shocking news when ABC decided not to renew her contract. “…It came out of nowhere. Though I had pumped the brakes in 2018, I was still doing quality work–contributing to GMA every day, conducting notable interviews. I never got an answer as to why it happened. But I’ve come to realize not every ending is going to have a pretty bow. I’ve made peace with it. I’m on the path I need to be on…sure, it wasn’t how I saw it happening, but thank God we get what we need, not what we want.”

During this season, Faris published her first book, Called Out: Why I Traded Two Dream Jobs for a Life of True Callingto encourage others to see that their worth, identity and value come from something much higher than a job. The bestselling author conveys this message, among others, through CARRY Media™, a business she launched at the beginning of 2022. “Carry was founded out of my own experience, coupled with the experience of so many moms in the workplace–being underpaid and undervalued. The Mom Gap, The Mom Punishment, Mom Guilt, Burnout…so many of the issues we face as a society are traced back to how we treat families as well as moms in the workplace…” she explains.

The working-mom supporter goes on to explain what CARRY Media™ is trying to change. “Moms need to be celebrated instead of scrutinized… If we don’t procreate, society ceases to exist; moms need to be valued for what they uniquely bring to the table, rather than treated like a risk… Becoming a mother made us more empathetic, courageous, efficient; our emotional IQ increased; we’re better leaders and negotiators….all because of motherhood. It actually made us the ideal employee. So, it would sure be nice if society and corporate America treated us accordingly. A woman shouldn’t have to choose between kids and a career. But, she often has to because the workplace doesn’t support her. The true indicator of a nation’s health is how it values families and mothers—we do a poor job of this.” 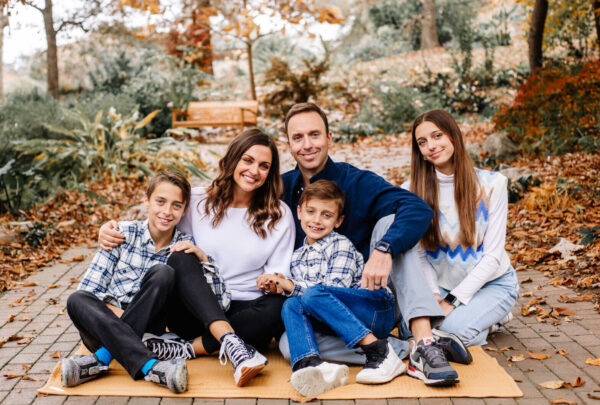 Family is certainly something Faris values and, in 2020, she moved from The Big Apple to South Carolina with her college-sweetheart husband, John Krueger, plus their 15, 13 and 8-year-old kids. After visiting her sister in the summers over the past nine years, she and her family grew to love the area. “…Since my husband is in real estate, we decided to buy some property near my sister and build a home that we could turn into an investment property—our intent was to stay at the property several weeks each year and turn the property into income when we weren’t there. The house just happened to be finished a few months before COVID hit. So, in March 2020, when the world shut down and everyone was instructed to work remotely, we decided to go to SC for a few weeks. That turned into blowing up our lives and never returning to NYC.”

With her slower-paced life, and forward-thinking dreams, Faris hopes to reach and encourage working moms all over the world. “We’ve launched with a weekly newsletter that is for and by working moms, THE CARRY™ALL. Subscribe and invite your mama friends to, as well… It will lighten your load; you’ll feel seen and heard. …We’re committed to changing the game for working moms and we won’t stop until we do…”

For more on CARRY Media™, or to subscribe to their newsletter, visit CarryMedia.com