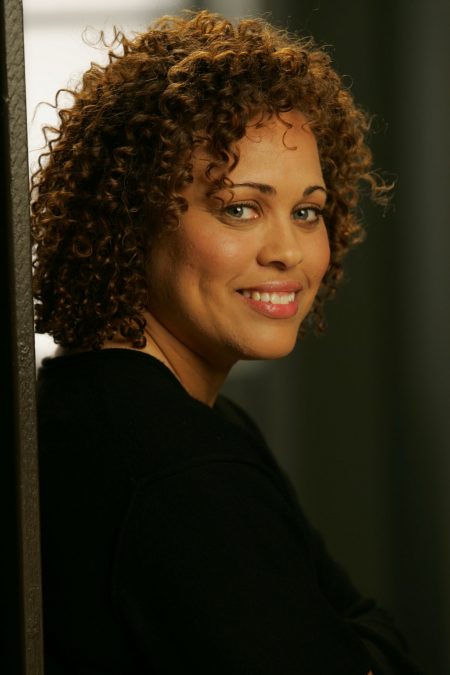 Hollywood is rich with performers, famous and fraught, trying to make their mark in the entertainment industry. And while we love watching our favorite celebrities starring in the Summer’s most buzzed about blockbusters, or featured on our most beloved television shows, we seldom recognize the stars making magic behind the scenes, like Pam Veasey. Veasey’s name may not be prominently recognized, but her work is. The versatile showrunner has worked on some of television’s most adored comedies like the 80’s hit show Gimme A Break!, and the Emmy-winning sketch comedy series, In Living Color. She reinvented her career when she transitioned into drama, eventually writing for several established shows like Nash Bridges, starring Don Johnson, and The District, featuring Craig T. Nelson. But it was in 2004, when Veasey became the showrunner of the CSI: Crime Scene Investigations spin-off CSI: NY, that her television tenure peaked. There she remained until the show was wrapped in 2013, only to return in 2015 for the spin-off, CSI: Cyber, until the show ended in May of 2016, ultimately concluding the 16-year franchise that brought countless thrills to millions of fans around the globe.

“The franchise ran for a very long time. And I was part of it for over 12 years. That’s a long time in television. I was proud of what was accomplished, happy to have been a part of it, and looked forward to the next opportunities in my career,” Veasey tells Tinseltown Mom of her reflections about the news.

Veasey, who graduated from the University of Southern California, is an inspiration to mothers,’ intent on fulfilling those hard-fought dreams. She explains how her narrow path to Hollywood emerged. “I graduated with a degree in Political Science and Journalism. And my first job was at the Democratic Convention in San Francisco working as an intern for CBS News. I was planning to pursue a career in news broadcasting and/or politics. Not until I was exposed to the numerous possibilities in television, while working as an intern at a TV production company, did I know there were other options. That’s when I first considered being a writer in entertainment television,” Veasey reveals.

Veasey’s writing break came unexpectedly, but prior to that came hard work, diligence and perseverance. “I was working as a production assistant on the show Gimmie A Break! and while ordering lunches, answering phones and collating colored pages, I used the opportunity to study the comedy scripts and learn as much about the production of a TV show as possible. I asked a lot of questions of the producers and crew members, and then finally put pen to paper and wrote a spec comedy script that the producers read, responded to and then promoted me to staff writer.”

Landing a gig as a staff writer on a television show is an incredible feat few are able to achieve, and fortunately for the talented writer her career only thrived from there, all while raising two little boys. And, though working behind the scenes in Hollywood is rousing and rewarding, unless you’re on the inside, most don’t realize the hard work and prolonged hours that follow such a celebrated profession, but this working mom had a plan. She made strategic choices to allow more time with her sons, like pursuing episodic drama writing rather than comedy writing, a crossover difficult to attain, but one she successfully achieved, and a transition that allowed for a much more favorable schedule. She also established boundaries with work. “When I had my two children I was already an upper-level producer in television and it required being at work daily. It’s difficult as a writer to divide your time between work and parenting because writers are expected to write even once they go home. We’re expected to meet deadlines on scripts as well as do your job during the day at the office.  So I ultimately had to establish a few rules—a non-negotiable and unchangeable commitment to my kids as well as myself. Work ended Friday night at 7:00pm and that included no emails or texts or phone calls. I would not return to my computer or respond to any type of communication or do any type of work before 9:00 pm on Sunday night. Monday through Friday the mornings belonged to the children and the first two hours of my evenings were dedicated to them as well. It forced me to get work done during the office hours and/or set my alarm for some very early hours of writing…” 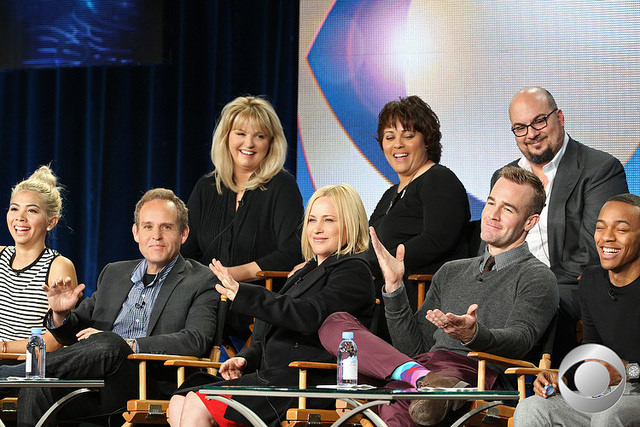 Veasey reveals that once she became a showrunner—the one in charge of the overall creative process and management of a TV show—she was able to set a more adjustable schedule because she had a supportive staff and writers who understood the idea that family and weekends were a priority for all of them. And being that she’s lived the dream while raising little kids, the mom of two was able to offer honest advice to other mothers having a hard time finding that proverbial work-life balance. “When it comes to daily employment, make sure you tell your potential boss that family is a priority. Have that discussion in your interviews. You’ll find that they are more accommodating than one might think. And if your employer is not…It’s better that you don’t work for them. Most people completely understand if you’re just upfront and honest with them. Many have families of their own. And more and more, because of technology, writers are working from home. There’s always a way to accommodate a schedule if you present options to your boss. Try to make it work before you decide it won’t. And be aware that you’re going to sacrifice some things—mostly sleep. But for me it was worth it to achieve what I wanted in my career and still attend all of my kids’ baseball and football games.”

Veasey’s sons are now in college so she’s free to pursue jobs that involve travel or relocation, something she would never have considered before. She says she’s even open to expanding her career to include producing sports programming, which seems fitting since her former husband was a college football coach, and her kids are gifted athletes. “My oldest son is a sophomore at UPenn in Philadelphia and a defensive back on the football team. My youngest son is a freshman at Boise State University and also a defensive back on the football team.”

The skillful writer has had a distinct career, from TV comedies, sketch comedies to dramas, but with such a diverse background we had to know, what story does she desire to tell next? “I would love to write a really compelling and successful horror series. And I have a passion for sports television and documentaries. For me anything is possible. I have prided myself on being considered a writer who can do anything. I don’t want the labels of being just a ‘procedural writer,’ or just a ‘sketch comedy writer’ or a ‘female writer’ or ‘the diversity writer.’ I have the talent to do all of those things. I spent my career breaking those barriers and plan to continue to do so.”