Celebrity mothers are no different than any other mom when it comes to the emotional roller coaster that accompanies parenthood.  And, when you’re a mom who happens to suffer from postpartum depression it’s a wild ride most would rather avoid.  Unfortunately, it’s a sad reality that affects approximately 5-15% of women after childbirth.

Below, are 18 celebrity mothers who’ve experienced postpartum depression and were brave enough to shine a spotlight on their struggle.

1. Kendra Wilkinson – The bubbly reality star once revealed to OK Magazine that after the birth of Hank IV, she suffered postpartum depression. “After giving birth, I never brushed my hair, my teeth, or took a shower,” said Wilkinson. “I looked in the mirror one day and was really depressed.” She attributed her condition to leaving sunny California for snowy Indianapolis where her former husband, NFL player Hank Baskett, played football right after their son’s birth. She said she felt isolated. Eventually, Wilkinson welcomed baby #2 and learned to find balance and happiness in her new lifestyle.

2. Brooke Shields – In 2005, the former model and actress was very candid about her depression and even wrote about it.  Shields talked about her extreme, sometimes suicidal, feelings in her book, Down Came the Rain: My Journey Through Postpartum Depression.

3. Chrissy Teigen – After giving birth to her daughter, Luna, model, and host, Chrissy Teigen developed postpartum depression. She was open about her struggles in an essay she wrote for Glamour magazine in 2017. Tiegen said that she was “…different than before.” She admitted to being “short” with people. Getting out of bed to get to work on time was painful. She even developed pain in her lower back, ­shoulders, and wrists. She said she had no appetite and would go two days without eating. When she went to the doctor and received her diagnosis it was then that they revealed postpartum depression and anxiety. The anxiety explained some of her physical symptoms.  She was exhausted but happy she was on a path to healing.

4. Tamera Mowry – On her YouTube channel in 2020, Tamera Mowry revealed, “I dealt with depression when I was 19 years old, and I had this fear of having postpartum depression, and the reality is that I did.” The actress shared that she had PPD with both of her kids. Mowry says postpartum depression is on a spectrum, and if you experience it, then make sure you get help and the support you need from your loved ones. 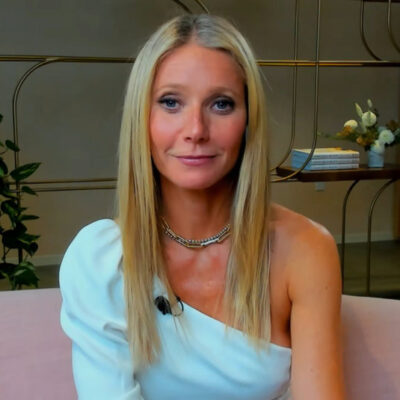 5. Gwyneth Paltrow – Superstar, Gwyneth Paltrow admitted that she had no maternal instincts for her son Moses. “I felt like a zombie,” the actress told Good Housekeeping in February 2011. “I couldn’t access my emotions.” Still, she didn’t suspect postpartum depression until her husband, at the time, brought up the idea. “I thought postpartum depression meant you were sobbing every single day and incapable of looking after a child,” she said. “But there are different shades and depths of it.”

6. Ivanka Trump – In a candid interview with Dr. Mehmet Oz in 2017, First Daughter Ivanka Trump revealed her struggles with PPD, and stated that with each of her three children she had some level of postpartum depression and said it was a very challenging, emotional time for her. She admitted that her ambitious nature and desire to succeed made the experience more challenging. “I felt like I was not living up to my potential as a parent, or as an entrepreneur, or as an executive.” She added that she had such easy pregnancies that in some ways the juxtaposition hit her even harder.

7. Lisa Rinna – Real Housewives of Beverly Hills star, Lisa Rinna, delved into her severe depression in her book, Rinnivation: Getting Your Best Life Ever. ” …People don’t talk about this. It’s very, very scary and vulnerable. I had visions of knives and guns. I made Harry hide all the sharp knives and take the gun out of the house because I had visions of killing everybody. Now, how horrific is that? I wanted to share it because I think women are so shamed by this and feel so horrible… I found help and got through it.”

8. Amanda Peet – “I had a fairly serious postpartum depression,” Peet confessed in a 2008 article in “Gotham” magazine after giving birth to daughter Frankie. “I think it was because I had a really euphoric pregnancy.”  Those feelings came “crashing down” as soon as her little girl was born.  Peet said she felt “sleep-deprived beyond belief” and ambivalent about motherhood. Today, the actress’s new favorite role is being a mom.

9. Marie Osmond – Following the birth of her son Matthew in 1999, Marie Osmond told Daily Mail in 2009, “I’d had the baby blues before… but this was different.” She revealed she was unable to find the energy to get out of bed some mornings and didn’t understand what was going on with her. One day she snapped and recalled walking downstairs and handing Matthew off to the nanny. She told the nanny she couldn’t stay there and that there was something really wrong with her. She had to leave until she figured it out. She said, “When I switched on the engine, something overpowering moved inside of me, something from the deepest part of my soul. My body was racked with hysterical crying and I began to understand for the first time why a person would want to take their own life.” She was grief-stricken and drove 250 miles up the Californian coast and checked into an anonymous motel. The singer found help with the aid of medication and therapy. 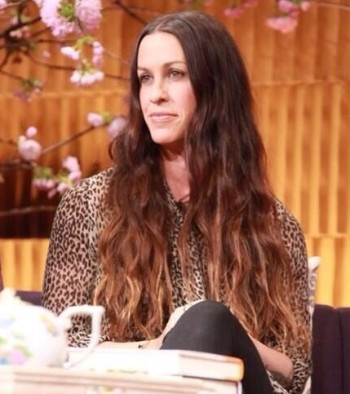 10. Alanis Morissette – In 2012, the singer-songwriter was on the Chelsea Handler Show, and talked about her struggles with postpartum depression. It took 16 months before she sought help, but she expressed joy to be able to share her experience with other mothers who may have been suffering.

11. Courteney Cox – Six months after giving birth to her daughter, Coco, in 2004, Cox admitted to USA Today of experiencing a delayed case of postpartum depression. The actress also confessed to taking the hormone progesterone to help her get through her difficult time.

13. Sarah Michelle Gellar – Buffy the Vampire Slayer actress, Sarah Michelle Gellar, revealed on her Instagram about her PPD challenges. “Having kids is wonderful, and life-changing, and rarely what you’re prepared for. I love my children more than anything in the world. But like a lot of women, I too struggled with postpartum depression after my first baby was born. I got help, and made it through, and every day since has been the best gift I could ever have asked for. To those of you going through this, know that you’re not alone and that it really does get better…”

13. Princess Diana – In a 1995 BBC interview, the late Princess Diana opened up about having a difficult pregnancy with her oldest son William and then about having post-natal depression after his birth. She said she’d wake up in the morning feeling like she didn’t want to get out of bed. She felt misunderstood, and “…very, very low in yourself.” The princess received help but shared that she was going through a very painful time.

14. Carnie Wilson – The Wilson Phillips singer grappled with depression after the birth of her baby girl, Lola, in 2005.  She once told People magazine, “I cried all day over everything.” The singer-songwriter chose exercise, healthy eating, vitamins and hypnosis over medication to help her overcome her struggle.

15. Bryce Dallas Howard – The 33-year-old actress openly discussed having experienced postpartum depression after giving birth to her son, Theo, in 2007. Not only did she have difficulty breastfeeding, but she felt overwhelmed and unable to make decisions. With the help of a physician and a therapist, she recovered from her 18-month battle with depression.

16. Behati Prinsloo – Supermodel Behati Prinsloo spoke with Today about her experience dealing with postpartum following the birth of her first child, Dusty Rose, that she had with husband, singer Adam Levine. She admitted that she got lucky because her depression was not extreme, but she sees how one could spiral. She encourages anyone to seek help no matter how small your feelings are, or stress level is.

17. Hayden Panettiere – Nashville star, Hayden Panettiere was open about her postpartum depression in 2015 on Live! with Kelly and Michael. At the time, she and her Nashville character were going through similar feelings. She said there’s a lot of misunderstanding about the emotion and she thinks there are people who don’t think it’s real. She shared that it’s painful, scary and women need a lot of support.

18. Lena Headey – Lena Headey had just given birth to her son when she started filming Game of Thrones and revealed in an interview with Net-A-Porter that doing traumatic scenes while handling her personal life was “really horrendous.” Headey said she was postnatally depressed but didn’t know it. At her doctor’s office, she burst into tears. Later she shared, “…I saw a great guy and he sorted me out, but I did the first year on Game of Thrones in that space, figuring out motherhood and going through a weird time personally. It was tricky.”

If you feel you are suffering from postpartum depression or know someone who may be CLICK HERE for help.