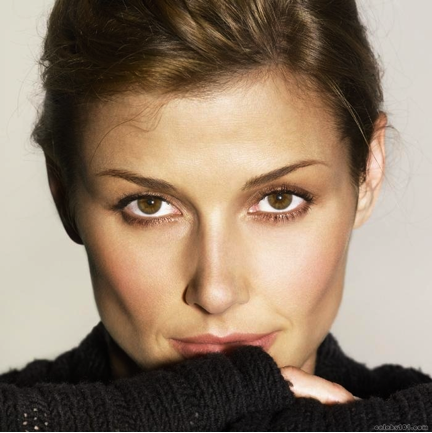 Bridget Moynahan has built quite a respectable career in Hollywood.  Starting out as a model, she found success in commercials, walking the runways of New York and gracing the covers of popular magazines like Vogue Paris, Elle and Glamour. She gained worldwide attention after making her feature film debut in the comedy-drama Coyote Ugly, and then had roles in 15 more films including Serendipity, The Sum of All Fears and I,Robot.

But, no matter how many characters Moynahan has played we will always remember the actress for her portrayal of Natasha, Carrie’s rival and ‘Mr. Big’s’ wife on the critically acclaimed HBO comedy Sex And The City.  Currently, the talented mom is starring in the CBS drama Blue Bloods, and can next be seen in the upcoming Keanu Reeves thriller John Wick.  In addition to her film and TV work her latest role is as ambassador for Jumpstarts “Read for the Record” campaign, a national early childhood education organization that emphasizes the importance of early literacy. 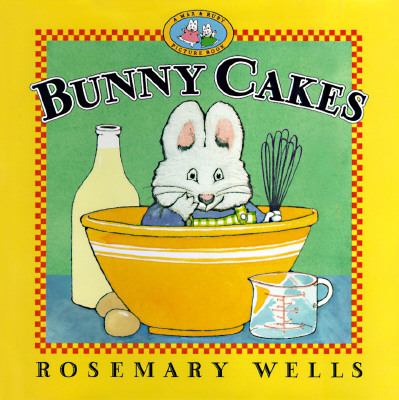 On Oct. 21st Jumpstart is asking people to read the book Bunny Cakes so they can break the record for the most reading at one time, and to raise awareness for childhood literacy as part of their annual campaign.  We caught up with Moynahan who talked about her involvement with Jumpstart, and some other particulars about the program. “I have been working with Jumpstart and the Read for the Record campaign for about 5 years.  The first year I was asked to participate as a celebrity reader on The Today Show and was so impressed with the organization and their programs that I kind of begged them to let me participate year after year,” the actress shared with Tinseltown Mom.

Since 1993, Jumpstart has trained 36,000 college students and community volunteers to transform the lives of 76,000 preschool children nationwide.  These corps members help children cultivate a life-long love for language and learning and ultimately provide a foundation for future success.  “Jumpstart brings literacy and developmental skills to children in low income neighborhoods,” the actress continued. “The Read for the Record campaign celebrates literacy and the joy of reading and the importance of early childhood education.  It also encourages people to participate in a shared experience that builds children’s language and literacy skills. This year we are excited to be teaming up with Issuu, which is an online publishing site that will be giving access to this year’s Read for the Record book Bunny Cakes by Rosemary Wells on their site.  Now people from around the globe will have access to the book and will be able to participate from wherever they are.”

From an early age, children should be exposed to activities that encourage a love of language and learning. “Jumpstart’s goal is to prepare kids to enter kindergarten prepared to succeed.  Studies show that when kids start behind, they tend to stay behind.  So bringing Jumpstart programs to low income neighborhoods helps get these kids a head start,” Moynahan stresses. 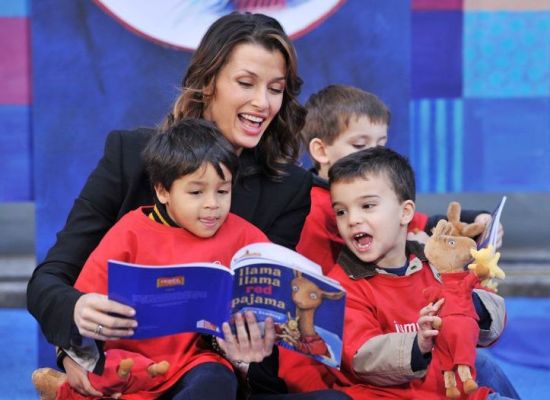 The actress also encouraged parent’s involvement in reading with their children and says that it greatly helps with their development and language skills.  Studies show that children who are read to at home enjoy a substantial advantage over children who are not and Moynahan can attest to that personally. “Sitting down with your kids is a good way to spend quality time with them.  I have been reading with my son since he was 6 months old and it has really paid off.”

In addition to the work that the lovely mom is doing in promoting early literacy she’s also starring in the CBS drama Blue Bloods, with Tom Selleck and Donnie Wahlberg, which is now in it’s 5th season.  Most shows don’t last past season one, so we asked Moynahan if there was a secret to the show’s success. “I think that the audience is responding to the family dinner scenes.  And who doesn’t love Tom Selleck!”

And, as if a full-time gig on a hit TV show, ambassador for Jumpstart’s Read for the Record campaign and being a mom wasn’t enough the actress managed to fit in a movie in between her busy schedule.  She said she felt fortunate to be able to do quality projects in both TV and film.  In the upcoming movie John Wick, starring Keanu Reeves she plays Wick’s (Reeves’ character) wife, and said she was grateful for the chance to work with the action star.  “It was a short but sweet opportunity for me to play with Keanu.  I’ve wanted to work with him for a long time.  I was excited to be able to fit this in during my Blue Bloods schedule.”

Be sure to check out Moynahan on CBS’s Blue Bloods Friday nights at 10/9c, and in the upcoming film John Wick, scheduled to be released in theaters on October 24th, 2014

To learn more about Jumpstart’s Read for the Record Campaign CLICK HERE.