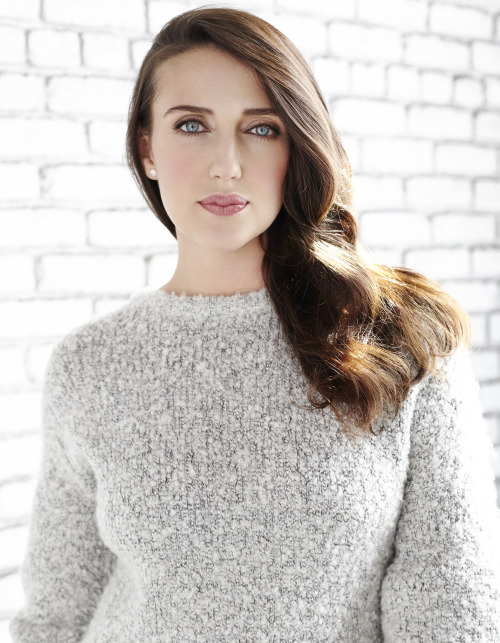 Anna Anissimova’s childhood was anything but typical. At just 6-years-old, the Russian-born actress moved to New York to escape the collapse of the Soviet Union. “It was the fall of communism. It was 1991. Russia was really unstable and we didn’t really know which direction the country was going to go in… I remember soldiers on the streets and tanks…” Anissimova tells Tinseltown Mom.

Due to safety concerns her father sent his family to America to begin life anew, however his ambitions would not allow him to accompany them. “I do remember noticing how sad my mom was. My mom had to leave my dad because he was staying.  He was going to try to start his own company there because finally… fall of communism you could venture on your own and do your own thing. “I’m turning 3o in January… just imaging leaving my husband and taking my daughter to a new country and not knowing the language. I don’t know how she did it.”

Once in the US, the then-first grader started school and recalls how difficult the new beginning was for her. Everyday she cried hysterically for an entire week after her mother dropped her off, but it only took 6 months for her to learn English. “All the kids would walk around and they would point to things like a tree and say ‘tree;’ They’d point to a chair and say ‘chair…’ The children were really nice.  I learned how to speak fairly quickly…”

While Anissimova was getting acclimated to life in the US her father’s aluminum company took off, so much so that through the success of his corporation and new business ventures he became No. 67 on Forbes’s “Richest Russians” list. And although he remained in his homeland the father and daughter remain close. “He comes here a lot. Him and I speak everyday. We have a very close relationship.”

At age thirteen the New Yorker got a taste of stardom. “My sister had a modeling agency that produced photo shoots, and represented photographers…” And, the future star ended up doing a photo shoot with photographer Paola Kudacki, and a month later she received news that aspiring models dream of. “Elite called me because Paola showed interest and they asked me to come in, and so that started…”

From there the new model began traveling the globe walking the runway and posing for high fashion editorial spreads, but soon that fast-paced lifestyle came to an end. “I did it for 3 1/2 years. I had to back away from it because looking back on it, I didn’t really have much of a high school experience. I missed so much school. I had to grow up a little too quickly. I was exposed to things that 13, 14-year-olds should not be exposed to. A lot of the models were a little bit older than me, and we were away from home, going out and drinking… I think it was senior year and I had to kind of back away from it and reevaluate my life and concentrate on me for a little bit…” 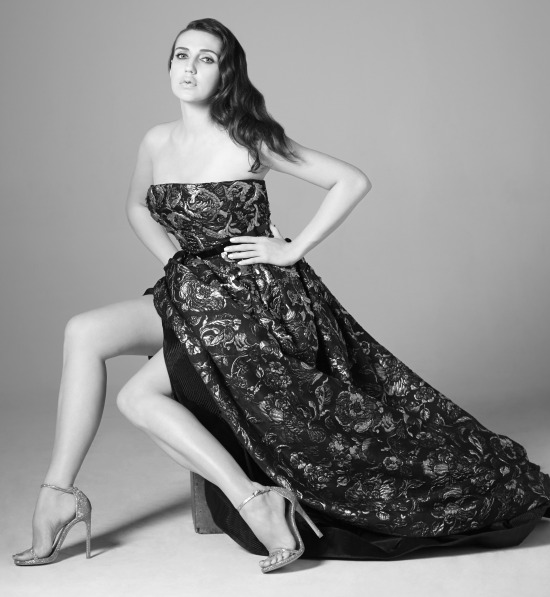 Anissimova attended high school at Brooklyn’s Poly Prep Country Day School and became active in all of the school’s theatrical productions. She then studied at NYU before ultimately deciding to pursue her dreams of becoming an actress. She enrolled in classes at the coveted Stella Adler studio of acting and New York’s HB Studios. Eventually, the former model moved to Los Angeles and got her first big acting break when she landed a supporting role in the indie comedy Father of Invention, starring Kevin Spacey. “He was so sweet to work with and so supportive,” Anissimova recalls. That experience helped her realize that acting was what she wanted to do for the rest of her life. After that film came co-starring roles in movies such as The Whistleblower, opposite Rachel Weisz, and The Trials of Cate McCall, alongside Kate Beckinsale.

Although acting is a passion that is close to Anissimova’s heart, nothing compares to the love that she has for her 6-month-old daughter, Lila. “I think I’m very much like my mom in the way I’m raising her…” The new mother, who co-sleeps with her daughter, had a natural birth and says it was the best thing she ever did. “When they put her on my chest after this excruciating amount of pain… and all of a sudden I feel like I’m on ecstasy or something. I’m so high on life, and I had the biggest smile on my face…”

The 29-year-old can currently be seen in the romantic comedy, Always Woodstock, the story about a struggling songwriter who is forced to find herself when moving back to her hometown. She stars alongside Jason Ritter, Brittany Snow and Allison Miller. The actress and her husband of four years, Peter Schafer, were also producers on Woodstock, along with Jenny Hinkey and Rita Merson, and the ambitious mom plans to make more.

In the slate of projects that the producer would like to see come to life is Prisoner B-42, which is currently in development. “It’s my grandma’s life. She served 15 years in a labor camp under Stalin. She lost two husbands; she lost two kids. And, the stories she tells us of how she survived and what happened to her it’s just… When you look at her now, she’s 92 and she’s the sweetest, happiest person you’ll ever meet. And, knowing she’s been through hell and back, it’s just really inspiring to me to know that you can make it through anything and be okay.”

Next, Anissimova will be starring in the independent thriller Flutter, due for release in January of 2015.