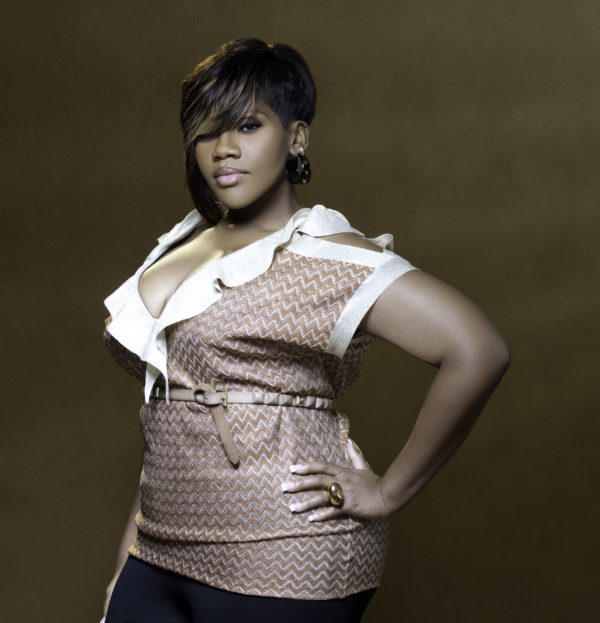 If you’ve ever had the pleasure of being in the company of the multi-talented Kelly Price, you’ll undoubtedly take away that she’s relatable and downright determined. Determined on living the best life God has entrusted her with, no matter the challenges she’s faced. We were grateful to speak with the musician, author, model and actress about her past life struggles, her intro into fame, plus the character Brianne Clark that she portrays on the new BET drama, American Soul. “I really felt like I could relate to her…” Price tells Tinseltown Mom. “…when I did the audition, I had limited scenes, but after getting the role and kind of digging into the scripts and really beginning to connect with her and, as Sinqua would say, ‘unpack her,’ I feel very connected to Brianne…,” she continues.

Price’s character, Brianne Clark, is a hard-working mother who gave up her dream for her family. She has two children who are rising stars and loves and shelters them, sometimes to a fault, however, unlike Brianne, Price did not give up her dream, even while fighting the odds to pursue her music. “…with the battles that I had in my career and really being in an industry that wasn’t very welcoming to someone who looked like me, …I dealt with that in the workplace. I dealt with being a young black woman who was a mother and a wife and trying to just break family and cultural stigmas that have existed around me my entire life, and do something different, and be something different and give my children everything that I could not have including a two-parent household….”

Price married young and has two children, daughter Jonia, 25, and son Jeffrey Jr., 26, with ex-husband and former manager Jeffrey Rolle, whom she divorced in 2015. She also raised Rolle’s two younger brothers as well as his oldest daughter from a previous relationship. Jeffrey Jr. is a married father of three, so now she’s also a young grandmother. Price came from humble, if not distressed, beginnings, but this did not cause her to retreat. She was resolute on having a better life for her family. “I was the girl who grew up in the projects of New York City in the 70s, in a single-parent home. We were on welfare. We were homeless several times throughout that. There were nights that we went to bed and there was no food to eat. So, we had to make sure that we ate from the free breakfast and free lunch program at school because there may or may not have been food at home. Like, I lived that life… …And it was also a part of our culture that what happened at home stayed at home. So even though I was in church almost every day of the week, we better not go to the church and say something about, you know, there was no food in the house, there was no hot water, or it was cold at home and there was no heat…”

American Soul takes place in the 1970’s and resonates with Price on countless levels. “…even though my life might not be exactly what Brianne’s life is my life is steeped in the culture, our culture, that day, that time, that era. And I very much can identify, with almost every character. When I look at JT (the character played by Christopher Jefferson) …it was his mother who was a drug addict. It was my father who was a drug addict. And my mother and my father separated when I was very, very young because of his addiction and because of the person that it made him when he was high. I do remember being… and this will be the first time I’ve actually said this in an interview. I remember being a very young girl and being on the city bus or maybe riding in someone’s car or even in the church van in the area that we went to church in and lived in. And, I would sometimes see my dad on the corner or laid out on the streets up against the building, passed out drunk or high. And those things I lived with my whole life and never talked about.” 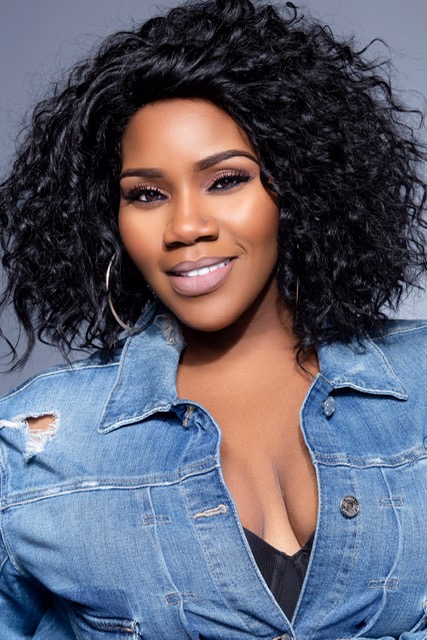 Those dark times allowed Price to become the person she is today, relentless, committed, purposeful. Some may assume that pursuing music was her outlet during those gloomy moments, but growing up in the church, with four generations of pastors, Price never saw herself having a career in the entertainment industry, despite the fact that she had a gifted voice. She was taught that music was for the church and nothing else. People would oftentimes ask her to assist with a song and she would help out where needed, never envisioning a career in entertainment, but she was clearly destined for more. “…I was actually doing demos for friends who were producers and trying to sell their music. And that was kind of the beginning of me being heard. I did it as a favor to them. They weren’t even paying me to do it. They just needed somebody to sing the songs, so they could try to sell them…” This led to many open doors for the budding musician, including singing live gigs in corporate settings, to being noticed by someone in Luther Vandross’ camp. “…that then turned into a gig for George Michael in January of 1992 when I was 18 years old.” That was her first professional gig.

A month later, and pregnant with Jeffrey Jr. she was on her way to her second professional gig, singing backup for Mariah Carey. From there, her career took off. She continued singing background for various artists. She was a vocal coach, vocal producer and working with some of the hottest talents in the industry, Dallas Austin, Sean “Diddy” Combs plus other hitmakers. She was being hired as a vocalist and all of the executives, ANR people and producers knew who she was but sadly, she couldn’t get a record deal because of how she looked. “…They told me I was too fat, I was too black, I was too loud, and I would never sell any records for those reasons. …but they love the songs that I wrote. They loved my brain product, my intellectual property. And so, they would hire me to do that for thin girls, for light-skinned girls who looked like supermodels. But they were clear that I could never sell any records because I didn’t look like the other girls, even though I might out sing them…”

It wasn’t until she worked with Ronald Isley that things took a major turn in her career. “…I produced in a session with him one day and he stopped the session because he wanted to talk to me about what my future looked like in music. And I was like, ‘this is it. I’m doing what my future is.’ And he didn’t agree with me. … we exchanged information that day. He called me, I went out on the road with him. He pursued me for nine months to get me to agree to sign to his boutique label. He wanted to put a record out on me. And I didn’t want to do it because I didn’t want that battle. I felt like I had heard enough that I wasn’t good enough to be an artist. But eventually, I was signed…”

Price finished the album and then signed with Hiriam Hicks who was President of Island Black at PolyGram. “…I created a logo and it was simply just my initials, with glasses, anybody that knows me knows that I love beautiful glasses. And when people got the song ‘Friend of Mine,’ it was my initials and these glasses. They didn’t get any photos. They got a bio. They knew that I’d written for everyone. …and we had gone to number one before anyone ever saw what I looked like…” From there, she took a meeting with the one and only Don Cornelius, where she played her music and shared her story. “…and he said that he wanted to be a part of the success story of Kelly Price. And we agreed that where the world would get to see me for the first time, would be on a Soul Train stage on a Saturday Morning.” The following year she won Best New Artist at the Soul Train Music Awards. “…he felt that I belonged in a category… with Gladys Knight, whom he loved, with Aretha Franklin, with the greats, with Chaka Khan…”

Although Price desires to step out into the public-speaking circuit and write and produce for TV and film, the nine-time GRAMMY nominee is focused on her acting. “It’s not that I won’t be singing any longer because actually when I got the call and was offered the role, the role of Brianne, I was very close to finishing my next album. And so music will always be there. …It’s never going anywhere. People know that I can sing. It’s important to me that they know that I can act, and so in order to do that, I’ll have to pump the brakes on the music. …every now and then you may hear me popping up somewhere to do a show. But this is my focus, to do this and to do it really well, and to give it the attention and put in the work that it deserves. When I look at the greats who have gone before me for generations and the excellence that they brought to the table, I don’t want to be anything less than that…”

Truth be told, Kelly Price has a bigger story to tell. Maybe we’ll hear more when she’s sharing her life in the public-speaking forum, or perhaps one day we’ll get to read an autobiography, or perchance even see her life story in a movie of the week. For now, we’ll continue to enjoy her music and watch her blossoming career as an actress.

Be sure to catch Price as Brianne Clark on American Soul on BET every Tuesday night at 9/8c.