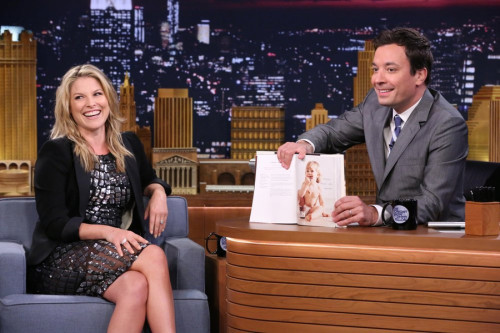 Ali Larter has a lot to be excited about because soon she’ll have two children to love!  The 38-year-old and husband, Hayes MacArthur, who are parents to future big brother, Theodore Hayes MacArthur, 3½, are expecting baby number two.

The Legends star announced her news during her appearance on the Tonight Show, but when she was backstage she hinted at something to come. “Backstage at @fallontonight I’m going to surprise @jimmyfallon with some big news!”

Whenever baby announcements are made it’s always big news around here.