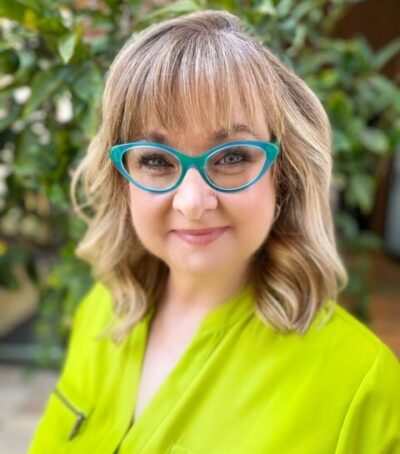 If you’re a child or parent of the 1990s or even 2000s, you’ll remember the popular Nickelodeon television series Rugrats as that beloved cartoon you could depend on. The long-running animated children’s series premiered in 1991 and followed a group of imaginative toddlers in their everyday lives who welcomed boundless adventure. Cheryl Chase played the character of Angelica Pickles since its inception and continued lending her voice with the spinoffs Angelica and Susie’s Pre-School Daze and All Grown Up! Nickelodeon stopped making original episodes in 2004 but will re-launch the show in 2021, with Chase reprising her timeless role.

An official air date has yet to be announced, however it’s expected to premiere around Memorial Day weekend and Chase says she’s thrilled and honored to be a part of it. “We’re having our 30th anniversary this August,” she reveals. The energetic artist wants everyone to discover the similarities and differences for themselves but says no one will be disappointed. “I’ve seen the footage and it’s beautiful… the animation is breathtaking; you guys will love it.”

Like the classic Nickelodeon ‘90s hit, Rugrats focuses on the experiences of an adventurous one-year-old baby, Tommy Pickles, and his playmates. The group of children will be voiced by original cast members as new escapades await, plus the series will be CG-animated, offering a fresh new look. “It’s so exciting for me now that all the little fans that watched the show growing up–they’re adults now–and they come to me and say ‘you were part of my childhood… You really made my childhood’ and that’s so rewarding to hear,” Chases reveals. “And now they get to share this new cartoon with their kids… The writers know that the fans are now parents, so there is a lot of interaction with the adults…” The performer says it’s also going to be a good ride for new fans discovering the show for the first time.

The voice actress was initially asked to try out for the parts of Tommy, Phil and Lil. She didn’t get those roles, but a year and a half later she was asked to audition for Angelica. Chase has been with the franchise ever since, and playing the same character for nearly 30 years makes some wonder if she feels connected to Angelica Pickles. “She’s so much a part of me. I love her so much. She’s such a spitfire, that girl…” 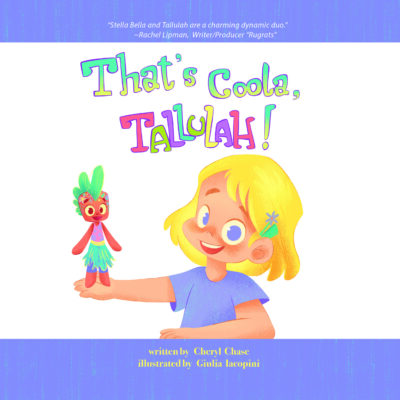 The Rugrats character even inspired the premise of her new book, That’s Coola, Tallulah! “Angelica has a doll, Cynthia. It’s like a barbie doll. She carries it with her everywhere. So, Cynthia goes along with her on all her shenanigans. I like that relationship between the child and the doll, that special bond that they have, and I wondered ‘what would it be like if the doll was the bad girl in this scenario and the little girl was the good girl, following the bad girl, doing all kinds of mischief?’ I thought that might be fun to explore.”

In the book, young Stella Bella and her lively doll, Tallulah, have a magical friendship that bonds them together at the heart, even though Tallulah is always causing mischief. Stella Bella is up for Tallulah’s adventures, but during their troubles, the small voice in her head leads her to do the right thing. That’s Coola, Tallulah! is targeted for kids aged 3-6, and the story explores creative play plus other life lessons. “The book is about having fun while learning responsibility. …and also, a child’s imagination can inspire self-empowerment if they make the right choices. Stella Bella, she’s a good little girl, yes, she has the mischievous side to her… but, if it gets out of hand, she knows in her heart she has to fix things…. In this story, I want children to have that feeling of having to discover making right choices on their own.”

For more on Cheryl Chase or to purchase her book please visit her at cherylchasebooks.com or cherylchasevoices.com