The Mickey Mouse Club was a variety show that aired intermittently on TV from 1955 to 1996. The program was first televised from 1955 to 1959 and featured a regular but ever-changing cast of teen performers. In 1977, Walt Disney Productions revived the concept, but modernized the show cosmetically, with a disco re-recording of the theme song and a more ethnically diverse cast. The 1989 revival was geared toward contemporary audiences, and was called The All-New Mickey Mouse Club. Below are Mickey Mouse Club stars turned Tinseltown Moms.

1. Annette Funicello (1955-1959) – We must begin with one of the original Mickey Mouse Club members, Annette Funicello. Funicello got her start in entertainment as a child performer at the age of twelve. She rose to fame as one of the most popular Mouseketeers on the original Mickey Mouse Club. As a teenager, she transitioned her Disney status into a noteworthy career as a singer and film actress, and popularized the successful “Beach Party” genre alongside co-star Frankie Avalon during the mid-1960s. In 2013, Funicello died due to complications from multiple sclerosis.

2. Lisa Whelchel (1977-1978) – At age twelve, former Facts of Life star Lisa Whelchel was recruited, in Texas, by talent scouts who were looking for children interested in working with Disney Studios as a Mouseketeer on The New Mickey Mouse Club. She moved to California the next year and appeared on the show in syndication from 1977 to 1978. Whelchel went on to record a Christian pop album in 1984, and even earned a Grammy nomination, but her most memorable role was as Blair Warner on the NBC sitcom Facts of Life from 1979-1988. 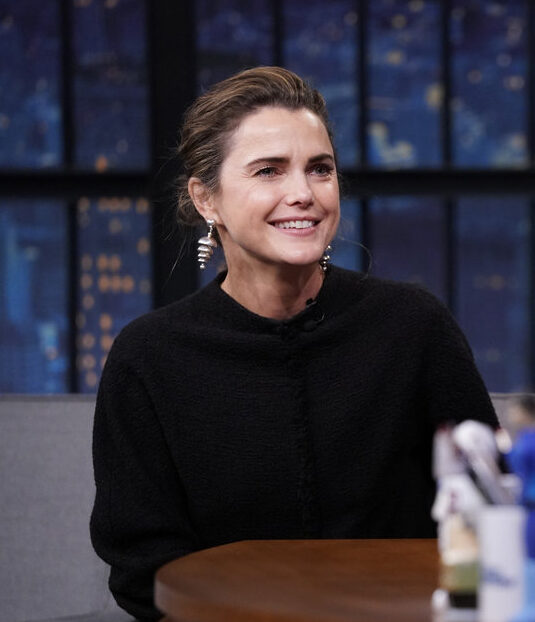 3. Keri Russell (1991-1994) – Many may assume that the hit show Felicity was Keri Russell’s grand entrance into television, but it was really as a cast member on The All-New Mickey Mouse Club. When Russell was fifteen she joined in on the fun, singing and dancing alongside Ryan Gosling, JC Chasez, Justin Timberlake and the rest of the stars below. Russell came to prominence for her portrayal of Felicity Porter on the WB series Felicity, from 1998 to 2002.

4. Britney Spears (1992-1995) – Pop princess Britney Spears was a Mouseketeer long before her hit single, Baby One More Time, was a Billboard success. In 1993, the Louisiana native joined the cast of The All-New Mickey Mouse Club, where she sang and danced and performed sketch comedy along with her fellow castmates. Spears is credited with influencing the revival of teen pop during the late 90s. She also became one of the best-selling music artists of all time.

5. Christina Aguilera (1993-1994) – Christina Aguilera’s big vocals were first heard on the talent competition Star Search when she was 9 years old. A few years later, Aguilera joined the cast of Disney’s The All-New Mickey Mouse Club. Aguilera later established herself as a pop icon, and has won multiple Grammy Awards, and a star on the Hollywood Walk of Fame. As of April 2011, Aguilera has sold 50 million albums worldwide and was ranked at number 58 on the list of 100 Greatest Singers of All Time by Rolling Stone, making her the youngest singer to appear on the list.

6. Nikki DeLoach – (1993-1994) – Nikki DeLoach was 12 when she secured her role on The All-New Mickey Mouse Club, however, as a toddler, she already had dreams of grandeur. “…I told my mother at three years old what I was going to do… Before I even got an audition for the Mickey Mouse Club my mother said I was sitting in front of the TV watching the show and I pointed to it and I said, ‘I’m going to be on that,’” the actress told Tinseltown Mom.